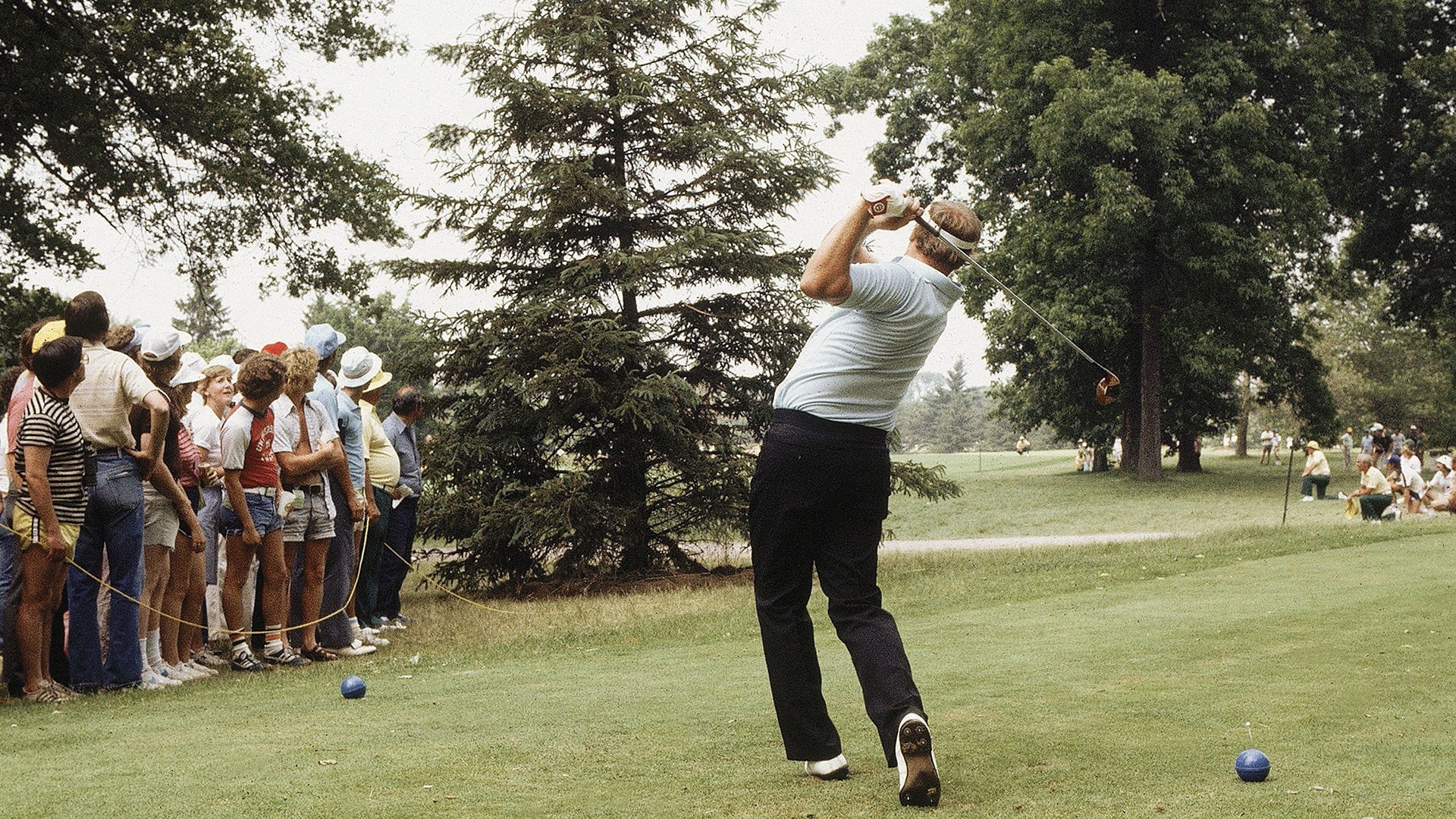 TOLEDO, Ohio — A tree that appeared overnight during the 1979 U.S. Open to become a part of golf lore has met its end.

The Black Hills spruce known as “The Hinkle Tree” was partially uprooted by a gust of wind this week at Inverness Club in Toledo, Ohio, and was cut down.

The tree dated to the 79th Open, when a journeyman pro named Lon Hinkle came up with a way to outsmart the course during the first round.

Hinkle noticed that he could take a shortcut by hitting through a gap of trees near the eighth tee and drive his ball on the adjacent 17th fairway, shaving 75 yards off the dogleg hole.

It made for an easy birdie, but U.S. Golf Association officials were not amused.

The USGA dispatched the course’s greens chairman to bring in a tree from a nursery and block the shortcut. Overnight, the Black Hill spruce, about 20 feet tall, appeared in the gap.

But during the next round, Hinkle and his playing partner, Chi Chi Rodriguez, decided to hit their tee shots over the tree.

“There was maybe a couple hundred people at the tee, waiting to see what I would do,″ Hinkle told The Associated Press in 2003. ”I used the full size of the teeing ground and went to the left corner of the tee box. The tree wasn’t really even in the way. This time, I used a driver and flew it over the tree and had only a 6 iron to the green.″

Again, he made birdie.