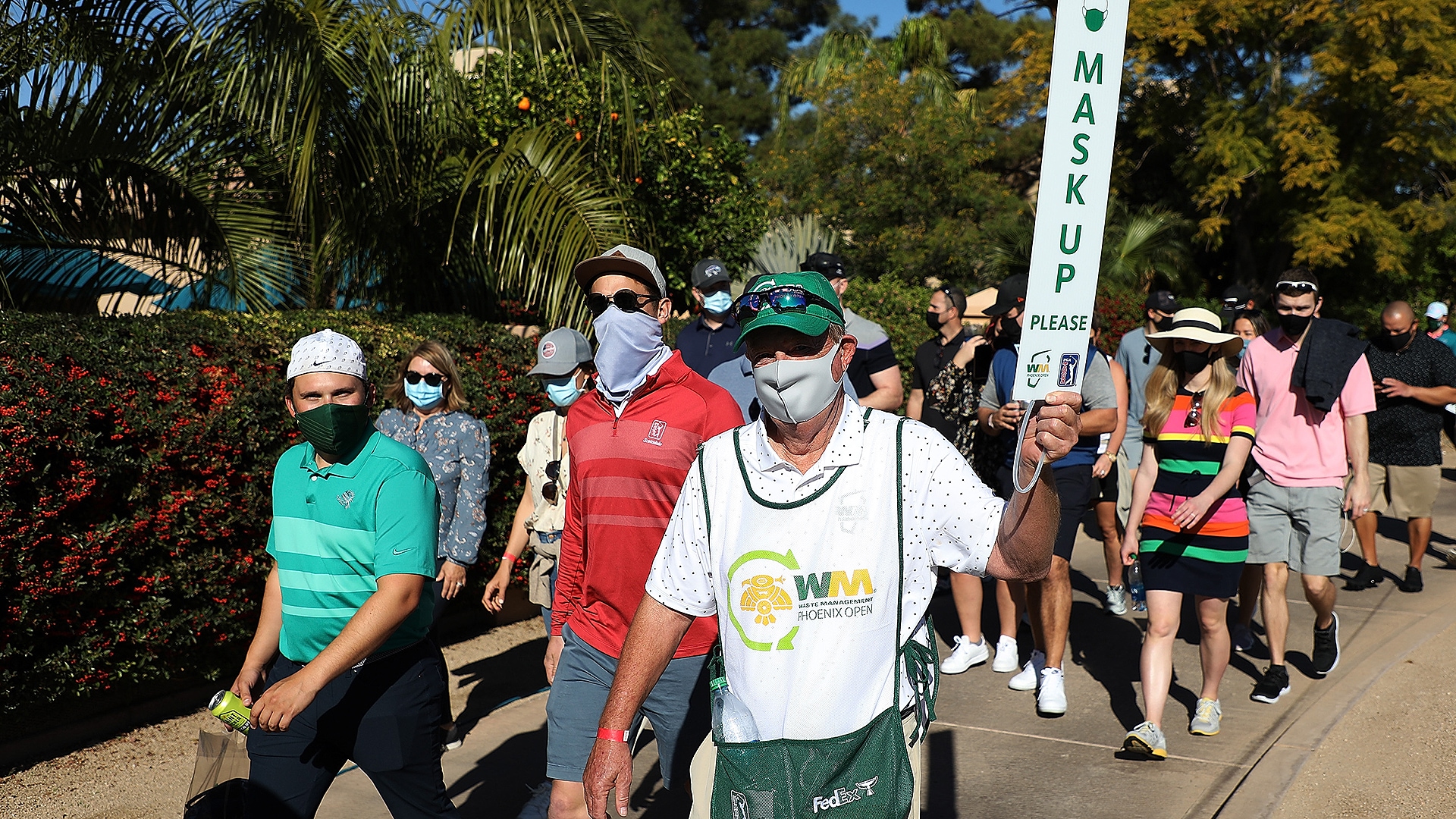 SCOTTSDALE, Ariz. – Co-leader Matthew NeSmith nearly made a hole-in-one on the par-3 16th – and barely got a reaction from the few fans. Xander Schauffele flubbed a chip – and couldn’t help but hear a surprised spectator’s reaction.

With attendance capped at about 5,000 at sunny TPC Scottsdale – a fraction of the usual turnout but the most for a PGA Tour event since the onset of the COVID-19 pandemic – the Waste Management Phoenix Open opened Thursday with some very different sights and sounds.

NeSmith started on No. 10, and went through 16 in the morning before many of the 2,000 allowed fans made their way to the stadium hole.

“Probably made the quietest almost hole-in-one ever on 16,” NeSmith said. “I got about six claps there and hit it to 6 inches.”

Schauffele had no trouble hearing the fan after the botched chip.

“When there’s a lot of people it almost becomes white noise,” Schauffele said. “Out here, I chunked my chip and some guy was like, ‘Dang, he duffed it.’ I’m like, ‘Yeah, you’re right, I just duffed the crap out of that chip.’”

NeSmith and Mark Hubbard topped the leaderboard at 8-under 63, a stroke ahead of fellow morning starters Nate Lashley and Sam Burns, and two in front of 53-year-old Ryder Cup captain Steve Stricker.

Hubbard had his lowest score on the PGA Tour, and NeSmith matched his career low.

NeSmith holed a 30-yard bunker shot for eagle on the par-5 13th and chipped in from 55 feet for birdie on the par-4 sixth.

“I’m just trying to keep it in play, keep it in the short grass, give my irons a chance to speak for themselves, and that’s usually how I play my best golf,” NeSmith said after hitting 16 of 18 greens in regulation. 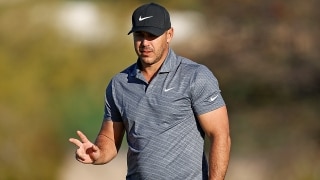 Koepka shoots lowest round since pre-Masters

He also shot 63 in November at Sea Island.

Hubbard birdied the final four holes and five of the last six, tying NeSmith with a 20-foot birdie putt on the par-4 18th.

“I kind of found a little something in my swing,” Hubbard said. “Earlier in the day I was kind of whipping it a little inside, so I kind of straightened my takeaway a little bit, and that kind of got things in motion.”

“I made some putts,” said Stricker, who turns 54 later this month. “Felt like the old Steve Stricker. I am old, but I don’t feel 53 or 4. I feel like I still have a little bit of game left in me.”

Lashley played at the University of Arizona and lives in Scottsdale.

“It’s nice being able to stay at home and play a course that you’re used to playing,” Lashley said. 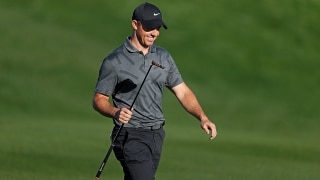 Rory McIlroy was met with a chilly reception at TPC Scottsdale, but rallied to shoot under par in Rd. 1.

Burns had eight birdies in a 10-hole stretch.

“It started with getting the ball in the right position off the tee,” Burns said. “Fortunately, we were able to attack from there.”

“The greens are perfect,” Schauffele said. “If you hit a good putt today, they were going in.”

Brooks Koepka had a 68. The 2015 winner at TPC Scottsdale has missed three straight cuts for the first time in his career.

“I feel like I’ve been playing pretty good for a while,” Koepka said. “I just haven’t scored well. Sometimes the scoring just isn’t there.”

“It was a good battle back,” McIlroy said. “Being 3 over through two isn’t ideal, especially on this golf course where you sort of need to make birdies.”

Jon Rahm, the former Arizona State star who tops the field at No. 2 in the world, shot 68 in the afternoon. He closed with a bogey on 18.

“The bogey just makes it feel so much worse than it really is,” Rahm said.

Playing partner Justin Thomas, ranked third, had a triple bogey on the par-4 17th in a 70. Making his first PGA Tour start since losing his Ralph Lauren deal after uttering a homophobic slur following a missed putt at Kapalua, he went from fairway bunker to greenside bunker to the water on the 351-yard 17th.

DIVOTS: Defending champion Webb Simpson had a double bogey and three bogeys in a 73. ... Rickie Fowler shot 74, making four straight bogeys late in the round. He won the 2019 tournament for the last of his five PGA Tour titles.