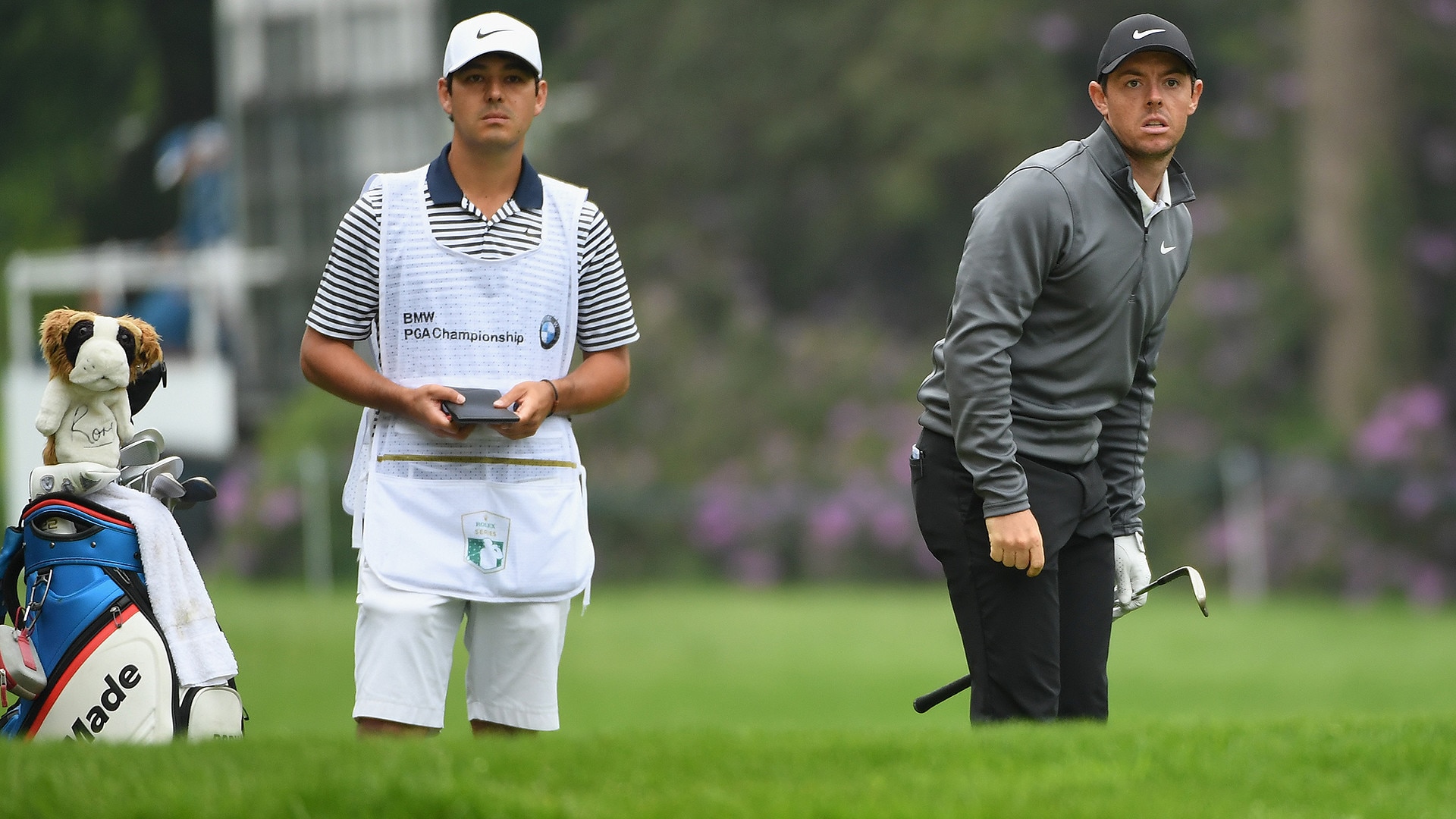 Rory McIlroy made seven birdies and no bogeys on Friday for a 7-under 65 and the second-round lead at the BMW PGA Championship.

After opening in 67, McIlroy was among the early groups out on Day 2 at Wentworth Club. He made three birdies and no bogeys on the par-35 front nine on Friday, and then went on a run after the turn.

McIlroy made four consecutive birdies, beginning at the par-5 12th. That got him to 12 under, overall, and gave him a clear advantage over the field. With two closing par-5s, a very low number was in sight. But, as he did on Day 1, McIlroy finished par-par.

"I've made four pars there [on 17 and 18] when I really should be making at least two birdies, but I played the other par-5s well," McIlroy said. "It all balances itself out."

McIlroy has made 14 birdies and two bogeys through two rounds. At 12 under, he has a three-stroke lead over Sam Horsfield. Tommy Fleetwood is four back, following a 66.

"The work has paid off, to some degree," McIlroy said of his practice with swing coach Michael Bannon. "I still feel like I'm hitting some loose shots out there. But, for the most part, it's been really good. If I can keep these swing thoughts and keep going in the right direction, hopefully this is the type of golf I'll be able to produce."

This event has been feast or famine for McIlroy. He won here in 2014, but has three missed cuts in his other three starts. This week, however, he’ll be around for the weekend and is in position for his first European Tour victory since the 2016 Irish Open and his second worldwide victory of the year (Arnold Palmer Invitational).

"I have the confidence that I'm playing well and I can go out and try to just replicate what I did the day before," McIlroy said about his weekend approach with the lead. "On the first tee box tomorrow I'll be thinking about what I did today. Trying to just keep the same thoughts, make the same swings. I went a couple better today than I did yesterday. I'm not sure I'll keep that progression going but something similiar tomorrow would be nice."