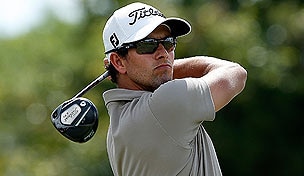 This week the Florida swing continues along the Gulf Coast, as the Innisbrook Resort plays host to 156 players in the Tampa Bay Championship. Here are some groups to keep an eye on during Thursday's first round on the Copperhead Course (all times EDT; click for full-field tee times):

Three former champions will tee it up in this featured group, highlighted by Donald, who won last year in a four-man playoff. Furyk was among the group the Englishman defeated in overtime a year ago, though he left Innisbrook with the trophy himself in 2010. Choi, meanwhile, won here in both 2002 and 2006, and was also a runner-up in 2011.

Garcia heads to Tampa having played well early in 2013, including a T-3 finish last week in Miami. Simpson has had several high finishes in this event, including a runner-up showing in 2011, while Kaymer is still looking to regain the form that took him to the top of the world rankings two years ago.

The three most recent PGA Tour winners in this week's field will play together, headlined by Kuchar who is only three weeks removed from his WGC-Accenture Match Play win in Arizona. Thompson followed his Honda Classic title with a tie for eighth at Doral, while Brown notched his first career win last week in Puerto Rico.

A trio of Aussies find themselves together for the first two rounds in Tampa, including Scott who enters off his sizzling 8-under 64 Sunday at Doral. Day already has three top-10 finishes to his credit in 2013, while Ogilvy was a runner-up two weeks ago at PGA National.

At sixth in the world, Oosthuizen is behind only Donald (third) among top-ranked players in this week's field, but has yet to display the form this season that got him into a playoff at Augusta National a year ago. Gay won earlier this year at the Humana Challenge, while Johnson will be making his eighth appearance in Tampa since 2005. 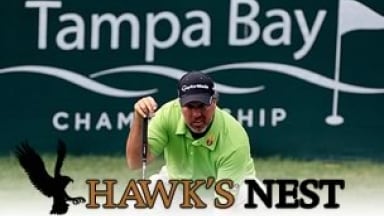