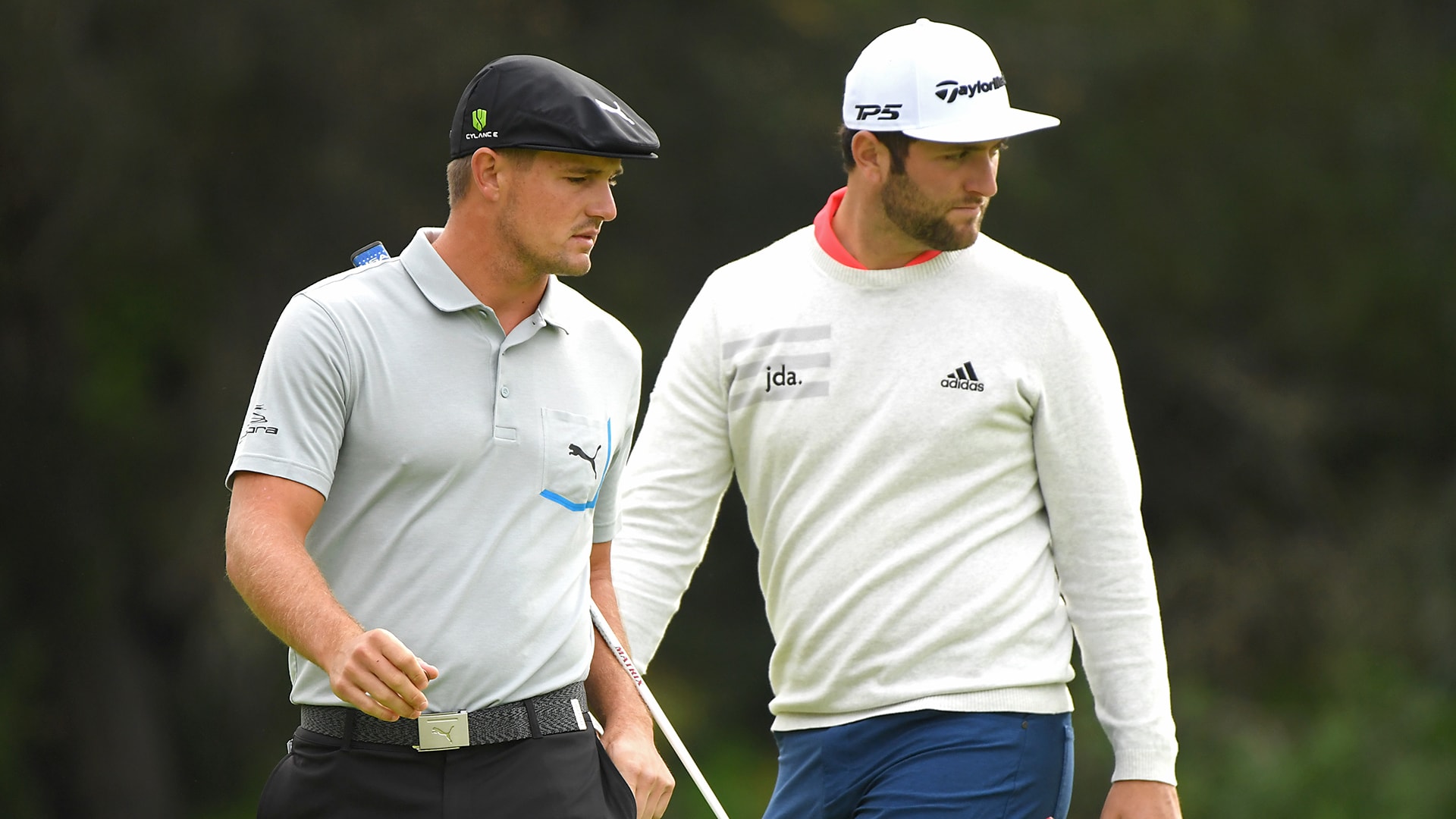 Jon Rahm's first two rounds as world No. 1 will be played alongside Bryson DeChambeau and Rickie Fowler.

It will be Rahm's first start since the 25-year-old Spaniard reached No. 1 in the world for the first time following his victory two weeks ago at the Memorial Tournament. DeChambeau missed the cut at Muirfield Village, snapping a streak of seven straight finishes of T-8 or better. Fowler has 12 top-10s in 29 WGC starts, but he's missed five of his last nine cuts on Tour.

The other featured groups are: Rory McIlroy, Jordan Spieth and Webb Simpson, who will tee off Thursday a group behind Rahm and Co., at 12:50 p.m. ET; Brooks Koepka, Patrick Reed and Viktor Hovland, who are off  the first tee Thursday at 1:50 p.m. ET; and Justin Thomas, Collin Morikawa and Hideki Matsuyama.

Featured-group action on Thursday and Friday will be streamed from noon-7 p.m. ET on PGA Tour Live.

Koepka is the defending champion and will also defend next week at the PGA Championship. However, the world No. 6, playing for a fourth straight week, has gone MC, T-62, MC in his past three starts.