Field and format for the ISPS Handa World Invitational

The innovative ISPS Handa World Invitational tees off later this week at Galgorm Castle and Massereene in Northern Ireland from August 11-14.

The invitational is a tri-sanctioned event between the DP World Tour, LPGA Tour and Ladies European Tour. Male and female players compete in two separate tournaments, but on the same courses at the same time. The $3 million total purse is split equally into two prize funds of $1.5 million each, with winners receiving $225,000 apiece.

Here’s how the tournament works and who is competing.

What is the format?

Players will compete in two 72-hole stroke-play events, with the first two rounds being played over Galgorm and Massereene ­– all competitors will play both venues. The final two rounds will be played at Galgorm.

Is there a cut?

In the event of a tie for first place, there will be a sudden-death, hole-by-hole playoff.

The event will be broadcast on Golf Channel and streamed on the NBC Sports App and GolfChannel.com at the following times (all Eastern):

Thailand’s Pajaree Anannarukarn and Englishman Daniel Gavins will return to defend their 2021 titles.

Joining Anannarukarn in the women’s field is Ireland’s Leona Maguire, who will play in front of her home crowd for the first time competitively since making history as the first-ever Irish winner on the LPGA Tour earlier this season, as well as Northern Irishwoman Stephanie Meadow and 2019 ISPS Handa World Invitational and 2018 Women’s Open champion Georgia Hall. 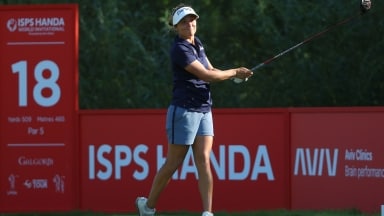 Ewen Ferguson of Scotland and American Amanda Doherty led for the third straight day and look to close out the win Sunday. 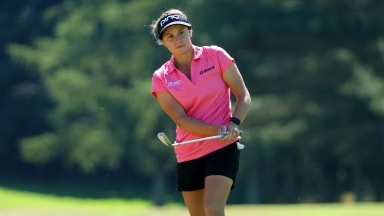 Doherty's time off may have been a blessing in disguise. She's in the hunt for her maiden LPGA victory and her first top-10 on tour. 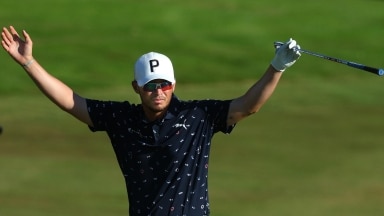