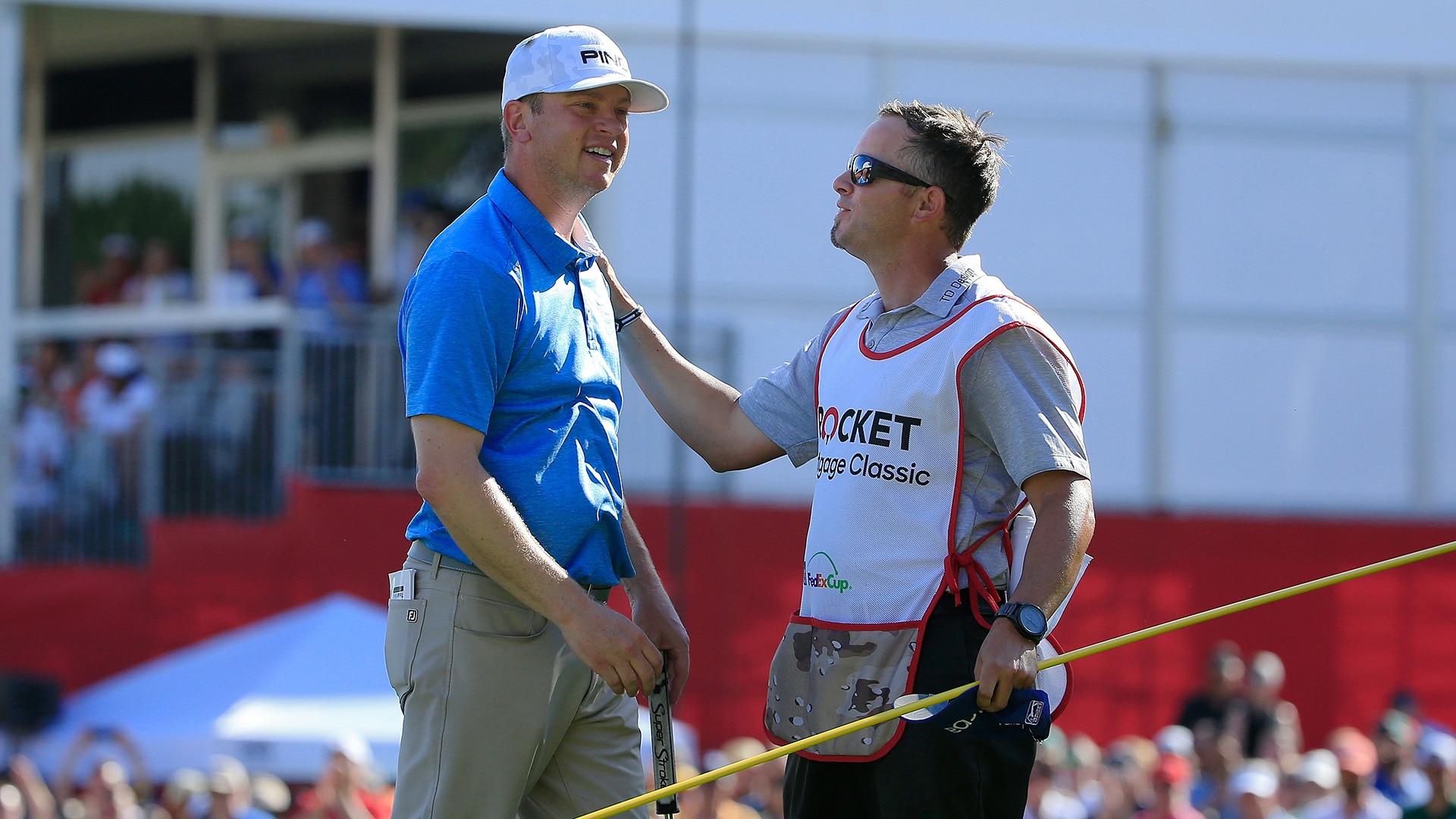 DETROIT – Even on Saturday, before he built a six-shot lead that reduced the inaugural Rocket Mortgage Classic to a formality, Nate Lashley caught himself thinking about them.

After all, there are few days he doesn’t. But strolling the fairways and greens at a tournament he didn’t expect to enter, equipped with a lead he refused to relinquish, Lashley found his mind drifting to the painful memories of 15 years ago.

It was in 2004 that Lashley, then a 21-year-old junior at the University of Arizona, traveled to Oregon for an NCAA regional. His parents, Rod and Char Lashley, flew from their home in Nebraska to watch him play. So, too, did his girlfriend, Leslie Hofmeister. After the final round, all three offered hugs before boarding a small plane piloted by Rod. All three died shortly thereafter when that plane crashed in a remote part of Wyoming.

He thought of them again after the third round, replying to a euphemism-laden question designed to tug at the strings of a life-altering tragedy without ripping the fabric.

“It definitely crosses your mind,” Lashley said. “At some points it’s not easy, but it goes through your mind and it’s something that’s always going to be there for me.”

It’s an answer that Lashley could have offered hundreds of times in the decade and a half since the crash. They were on his mind while his pro career got off to a rocky start, as a young man, shaken to his core, struggled to find his footing both on and off the course. He thought of them in the years that followed, when Lashley used golf as equal parts distraction and coping mechanism, still trying to sort through raw feelings of pain and loss.

“I’ve been through a lot,” Lashley said. “It took a lot of years for me to get over my parents’ death, for sure. It was mentally holding me back for a long time.”

They were on his mind in 2012, when a frustrated Lashley gave up the game. Eight years had passed since the accident, seven since he’d turned pro, all without any significant results. He studied for his real-estate license and started flipping houses. But that only lasted a few months before he dusted off the clubs.

They were on his mind in 2015, when he started again from the ground up on PGA Tour Latinoamerica. Lashley spent two years circumnavigating the globe, going from Lima to Santiago to something called the All You Need is Ecuador Open. The second half of his globetrotting adventure included three wins in a three-month span, finally ensuring status back home.

“I have to say, I think the Latin America Tour is what changed the trajectory of his career,” said Nate’s older sister, Brooke, one of a half-dozen friends and family who flew in to follow his final round in Detroit. “I’m sure it wasn’t easy traveling internationally and being in foreign countries, and the language and all of this, but I think it really gave him an opportunity to really focus in. It gave him a ladder up.”

He thought about them two years later, when he made it to the PGA Tour not as a fresh-faced 22-year-old out of college but as a 34-year-old rookie who had stared into the abyss and lived to tell about it. And they were certainly on his mind Sunday, as Lashley steadied his nerves and polished off a resounding six-shot victory with a 2-under 70 in the final round.

“I think about my parents all the time,” he said. “I was getting a little emotional even walking up 18, even before I hit my second shot, thinking about my parents. Because without them, I wouldn’t be sitting here right now.”

The journey hasn’t exactly gotten much easier for Lashley since reaching the big stage. There were some good rounds and decent results last year, but he fell short of keeping his card. This season has been spent watching alternate rankings and reshuffle standings, refreshing field lists to know when he might get his next chance.

Such was the case this week, where Lashley thought his time in Detroit might be over after a 68 in the Monday qualifier left him two shots short of a playoff. But his existing conditional status allowed him to snag the 156th and final spot in the field after a late injury withdrawal, and he quickly got to work by shooting an opening 63 to take the lead.

It was a prelude of what was to come as Lashley, whose lone prior top-10 finish this year came in Puerto Rico while the biggest names were chopping up guaranteed points and dollars in Mexico, went wire-to-wire on the biggest stage of his career.


“He's been trending in this direction for sure. I definitely have seen it. I didn't know we'd be standing where we are today, but he's been trending," said caddie Ricky Romano. "It's all attitude with Nate. If he keeps a good attitude and stays positive, he can do wonders in this game for sure.”

After months of uncertainty and years spent fighting for status, Lashley can now enjoy some stability. The win means he’s fully exempt for the rest of the season, plus the next two. It gets him into The Open next month and the Masters and PGA Championship next year. Monday’s qualifier in northern Detroit will prove to be the last he enters for quite some time.

It’s the capstone of a remarkable journey and arduous path for the 36-year-old, who this week suddenly and triumphantly realized the fruits of years’ worth of labor after sneaking into the field at the 11th hour.

Standing on the 18th green with fans still cheering his name, Lashley smiled because of the remarkable achievement. He also shed a few tears, knowing the people he’d most like to celebrate with live on only in his memory.

“I don’t know in what form,” Brooke Lashley said. “But I believe that in some way, their energy is here and around.”