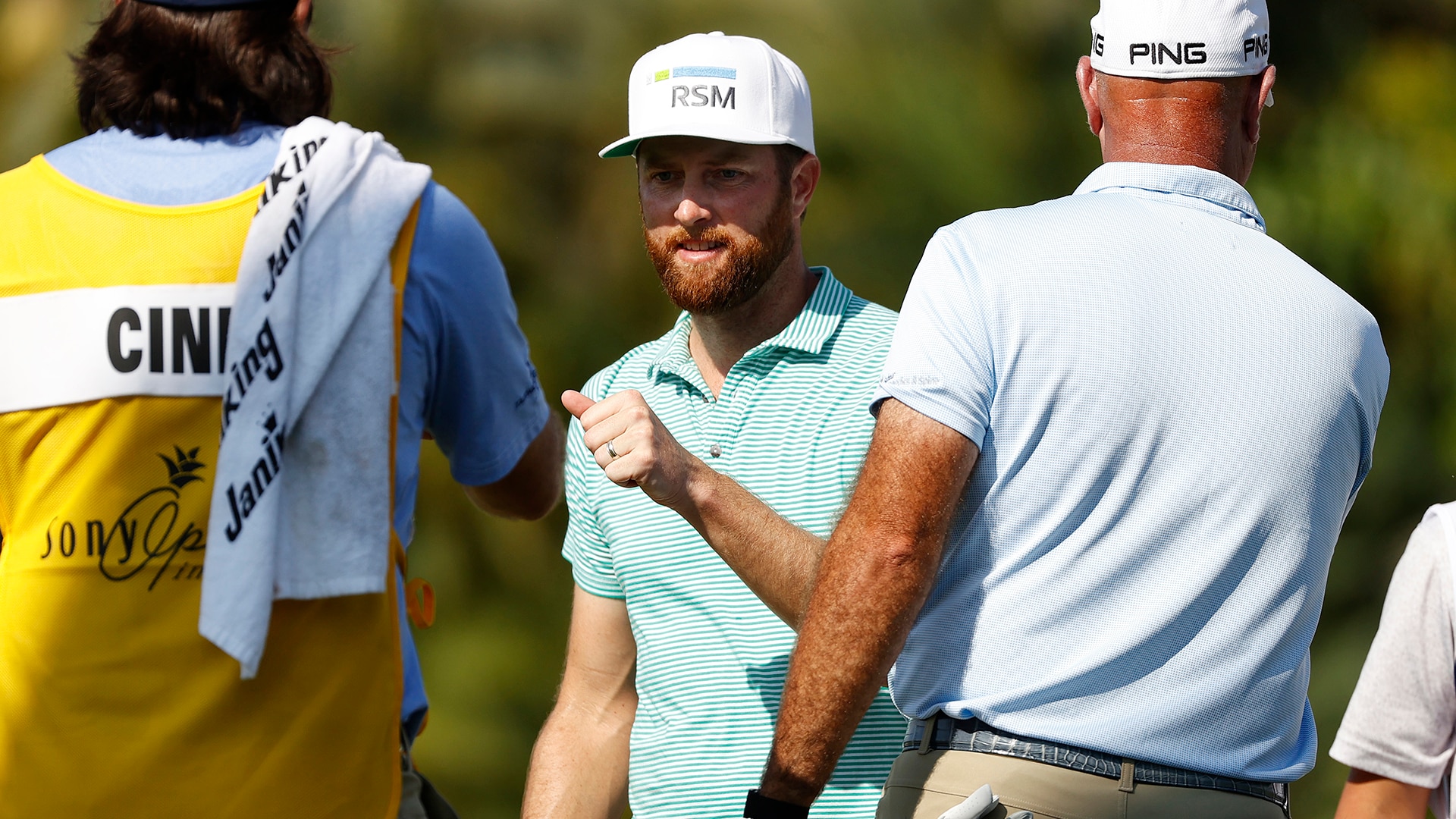 After winning on the Korn Ferry Tour last summer for his first professional win since alcoholism nearly ended his career, Chris Kirk was already looking forward to contending again on the PGA Tour.

“I’m hoping that some of the shots I hit down the stretch today will give me a bit more of that when I return to the PGA Tour, because I know my good is plenty good enough,” Kirk said. “It’s just a matter of seeing it and feeling it, and having some of that momentum carry over.”

It took a handful of starts, but with nothing to spare, Kirk had just enough of that momentum left in the tank on Sunday.

In the final start of his major medical extension, in the final round, on the final hole, Kirk stepped on the tee box at Waialae Country Club’s short par-5 finisher likely needing birdie to keep his PGA Tour card. But after finding the left rough off the tee and then short-siding himself in the right rough with his second shot, Kirk faced a difficult, 25-yard shot for his third.

The result: A deft pitch to 1 feet, 5 inches, which made the birdie putt much easier. Kirk tapped it in to clinch at least a two-way tie for third, which is what he needed Sunday at the Sony Open to satisfy the requirements of his extension.

He almost earned himself a victory, too, which would’ve been his fifth on Tour and first since 2015, but instead it was Kevin Na capturing his fifth career win and leaving Kirk in a share of second with Joaquin Niemann, one shot back.

"I never felt like it was a do-or-die type of situation," Kirk said Sunday. "I think I was going to get to play some, but yeah, it totally changes everything being able to be back to picking my schedule like I'm used to over the last number of years. It's huge. To go into a week and say I've got to finish top three to keep going and do it is, you know, silly."

Added Golf Channel analyst Mark Rolfing on the telecast: “That could’ve been a career-saving shot.”

Indeed. It’s been less than two years since Kirk stepped away from the Tour in May 2019 to address his struggles with alcoholism and depression. In Kirk's words, it was "more everything than anything" in terms of what he changed to turn his life and career around. Most telling of Kirk's shift in perspective was that during his major medical he was less concerned with how many points he had to earn to retain his card and more focused waking up every morning happy and sober.

"I came back with absolutely no expectations," Kirk said. "I knew I wanted to play golf again and I knew I wanted to compete. As long as I stuck with that and tried to make sure that I was enjoying what I was doing, that was all that mattered to me."

While he won in the KFT’s return to competition last June, it wasn’t until last fall’s RSM Classic that Kirk cracked the top 20 for the first time since his leave of absence. Sunday’s co-runner-up showing was Kirk’s first top-10 finish since the 2018 FedEx St. Jude Classic, as Kirk earned 245 FedEx Cup points, nearly 100 more than the 148 he needed this week to avoid playing off conditional status for the rest of the season, or worse.

"I'm very thankful, very grateful that I'm still able to do this," Kirk said. "The last few years have been pretty wild with some up-and-downs for me. But to be in this situation to be healthy, to have a clear mind and a clear conscience is amazing, and golf is very much secondary to that. But still it's my career, it's what I love to do and to be able to have a week like I did this week is very gratifying. I'm just beyond words thankful."