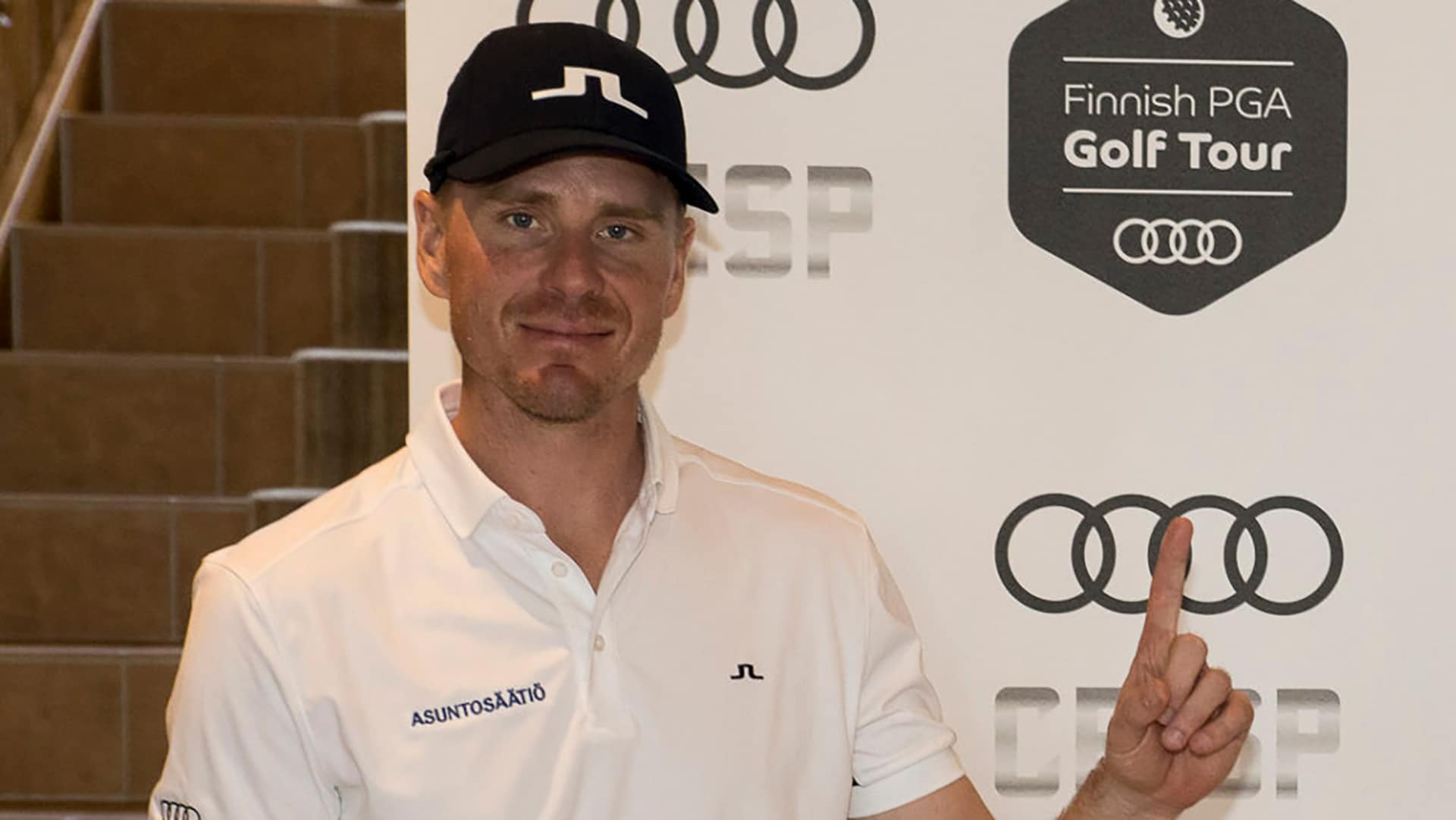 Talk about a wild finish…

Roope Kakko won the Finnish PGA Golf Tour season opener Sunday at Hill Side Golf and Country Club in Vihti, Finland, despite trailing by five shots with four holes to play – and bogeying his final hole.

How does that happen? Well, Kakko was five back of playing competitor Matias Honkala when he birdied the par-5 15th hole to cut the deficit to four. Kakko then holed a pitch shot from the bunker for eagle at the par-4 16th before recording a hole-in-one at the par-3 17th.

Honkala bogeyed the penultimate hole to suddenly find himself trailing by a shot. Kakko’s bogey at the par-4 finishing hole forced a playoff at 17 under, which Kakko won in two holes.