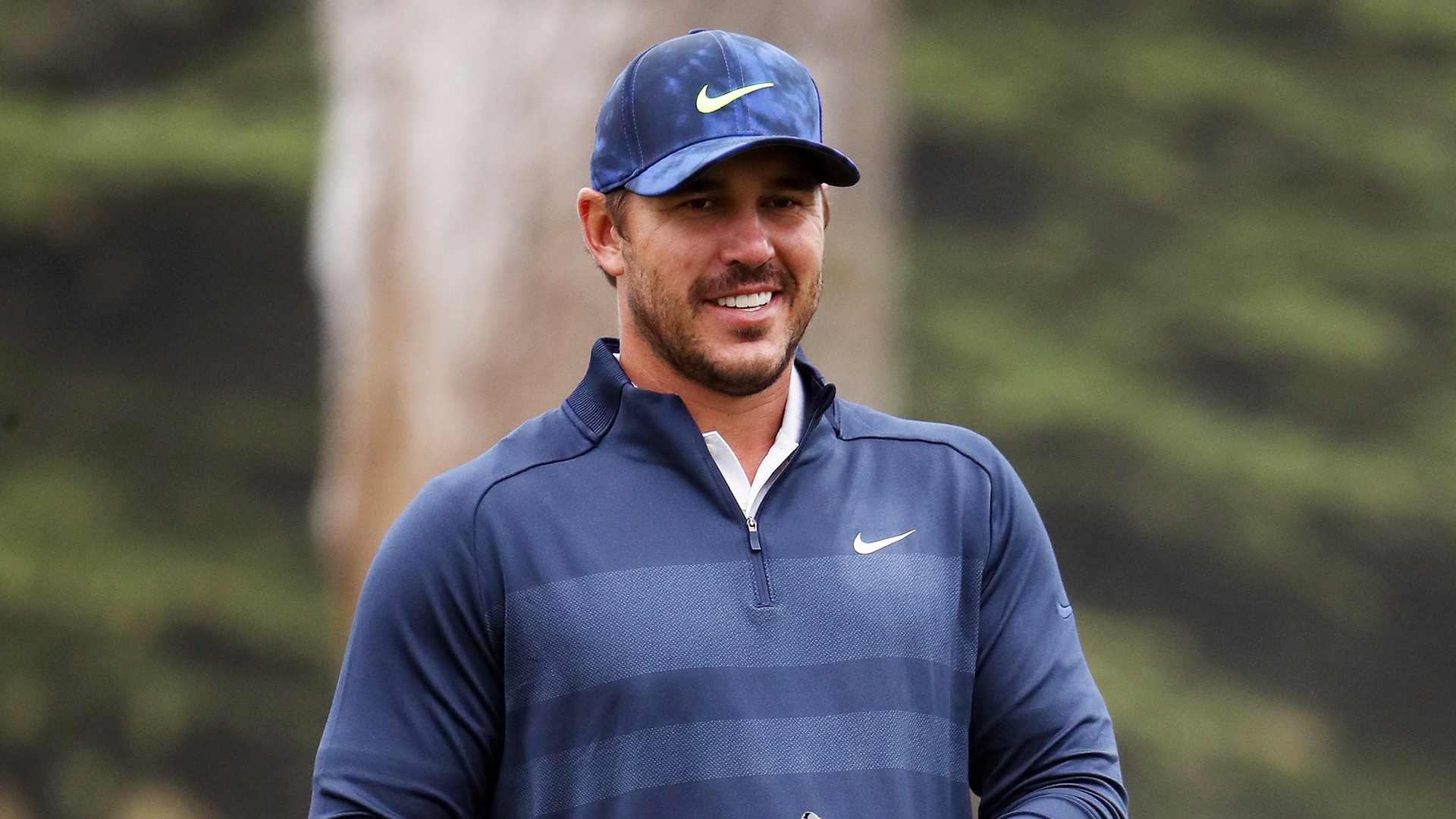 Brooks Koepka addressed the media Tuesday before he begins his bid for a historic three-peat at the PGA Championship. Koepka is looking to become the first in the stroke-play era to win three PGAs in a row, and the first player overall to win the same major in three consecutive years since Peter Thomson (1954-56 Open).

1. His performance in Memphis changed everything

Last week in Memphis, Koepka added putting guru Phil Kenyon to his stable and overhauled the way that he rolls it – putting the ball more in the middle of the putter face (as opposed to the toe), keeping the heel of the putter on the ground and using his left hand differently throughout the stroke. Though his strokes-gained numbers were still poor, Koepka rolled it well enough to open with 62 and then push Justin Thomas to the finish line. His T-2 was only his second top-10 of the year, and his best result since his win there a year ago.

“I wasn’t seeing the results, but piece by piece, it was coming,” he said. “I knew it was eventually going to be there. I knew I was only a couple swings away. Once I got the feeling, I’d be off and running, and here we are.”

For years Koepka has worked with Claude Harmon III on his swing while also using noted instructor Pete Cowen to fine-tune his short game and mental approach. Koepka credited Cowen’s tough love after breaking through at the 2017 U.S. Open, and Cowen was back in Koepka’s ear last week because of a lousy attitude.

Because of the travel restrictions related to the coronavirus pandemic, Cowen hasn’t worked with Koepka on the range since The Players in March. They made an adjustment to Koepka’s swing after noticing that he was having trouble getting onto his left side because of his achy knee. The tip, as it’s been for years with Harmon: “Just stay in the ground.”

“Everything made sense with what Claude was saying,” he said, “and it just clicked.”

3. Um, yes, this still feels like a major to Brooks

A career-changing trophy is still on the line this week at TPC Harding Park, even without fans in attendance, and Koepka didn’t need any reminding.

4. The two-time defending champ still thinks these are the easiest events to win

Last year, Koepka raised some eyebrows when he said that majors – and not, say, C-level Tour events – were actually the easiest to win. His logic: The course alone eliminates half of the 156-man field. Half of the remaining group simply won’t play well that particular week. Then he can beat a couple dozen simply because he’s mentally tougher and the others will crumble under the pressure. And so all that’s left to beat is roughly 10 players.

Koepka doesn’t understand why some players “make golf a lot more complicated than it should,” either by being too results-oriented or putting more emphasis on major weeks than the others. Instead, he said, “it almost seems like the most relaxing week of the year.” As he explained: Monday through Wednesday, he’s conserving energy, playing nine holes a day, leaving the course refreshed. Then he buckles down during the tournament and, by Sunday night, is mentally fried.

5. Most important this week: Driving the ball in play

Harding Park is not long on the scorecard, at just 7,251 yards, but it’ll play even beefier with temperatures in the low-60s and the typical marine layer. Adding to the challenge is rough that is hack-out-thick in spots and fairways that are generally only 25 yards wide but will play even narrower in what’s expected to be a steady 15-mph wind.

Koepka said he had long irons into three par 4s on the back nine, and there’s little chance he’d be able to reach the green with a 4- or 5-iron if he’s in the rough. Many of the holes favor a right-to-left shot shape, as well, which goes against Koepka’s most comfortable pattern.

“You have to drive it well and put it into the fairway,” he said.

That’s an area in which Koepka has struggled this season. He ranks 185th on Tour in accuracy. Last week, despite the high finish, he ranked only 36th in the field in strokes gained: off the tee.

Koepka begins his bid for a three-peat at 11:11 a.m. ET Thursday alongside Gary Woodland and Shane Lowry.