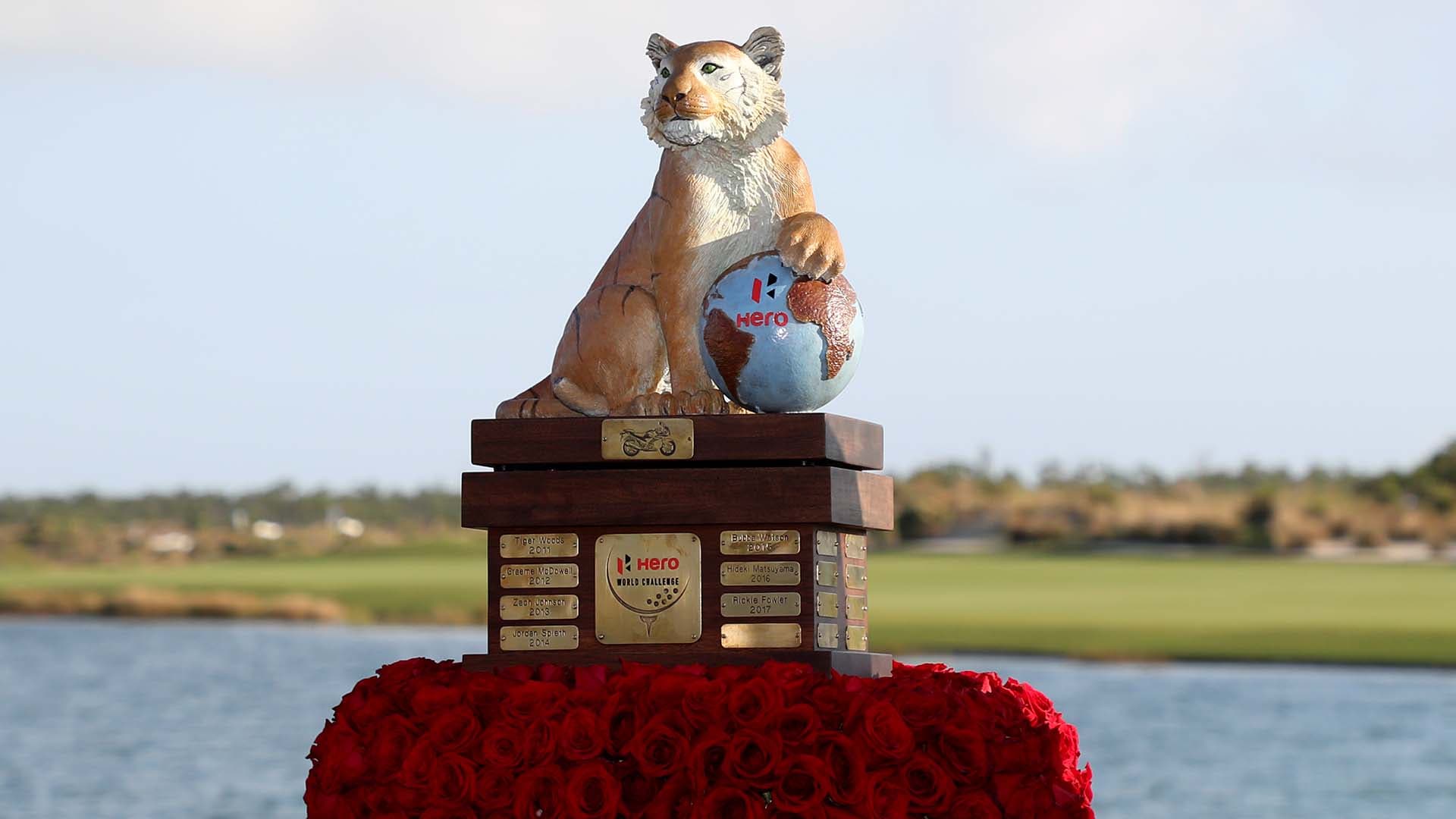 The PGA Tour season may be on hiatus until January, but there will be plenty of meaningful golf played this week in the Bahamas.

From a Presidents Cup-heavy field to a defending champion who is on fire, here are five things you need to know heading into the Hero World Challenge:

No, this isn’t a typo. The 72-hole event at Albany Golf Course will begin Wednesday and conclude Saturday in order to give many of the players in the field enough time to head to Australia for next week’s Presidents Cup.

And speaking of the biennial match between the U.S. and Internationals …

Of the 18 players set to tee it up in New Providence near Nassau, 11 of them will be representing the U.S. in the Presidents Cup – Justin Thomas, Patrick Cantlay, Xander Schauffele, Webb Simpson, Matt Kuchar, Bryson DeChambeau, Tony Finau, Gary Woodland, Patrick Reed, Rickie Fowler and Tiger Woods.

And had it not been for Dustin Johnson withdrawing on Saturday because of his surgically-repaired left knee, all 12 Americans would’ve been present.

(For the record, none of the International team members are in the field.)

Woods, the tournament host and U.S. Presidents Cup captain, is making his first competitive start since winning the Zozo Championship in October to tie Sam Snead’s PGA Tour record for career wins (82). There won’t be a record-breaking victory on Saturday in the Bahamas, though, as the Hero is not an official Tour event.

Instead, Woods will be focused on his game – and some minor Presidents Cup prep.

"The only thing that I have control over at the Hero is the first-round pairings," Woods said. "Put together the pairings the first day and that's about it. Other than that, we re-pair every single day and after that, it's a crapshoot and based on how you play. Some of the guys may want to play with certain players. We'll talk about that. They can use that.

While Captain Woods will have nearly his entire squad in attendance at Albany, arguably no U.S. team member needs this week more than Fowler.

After finishing 19th at the Tour Championship, Fowler didn’t play this fall for a couple of reasons: he got married in October and then withdrew from the Mayakoba Classic last month because of an intestinal bacterial infection he contracted during his honeymoon.

Many questioned Woods’ decision to replace the injured Brooks Koepka with Fowler, who lacks any competitive reps since August. But Fowler can silence those critics heading into the Presidents Cup with a strong performance at the Hero.

Is there a hotter player on the planet right now than Jon Rahm?

The Spaniard rose to No. 3 in the Official World Golf Ranking last Monday after winning the DP World Tour Championship in Dubai, a victory that also earned Rahm the European Tour’s Race to Dubai title.

Rahm, who beat Tony Finau by four shots last year at Albany, enters his title defense having won each of his past two events (he also captured the Spanish Open) and three of his last 10. During that stretch, Rahm owns six other top-13 finishes, including a runner-up at the BMW PGA and two other top-5s.

But no matter what Rahm does this week, he's guaranteed to end 2019 on the highest of notes.

"I have one more tournament to play in a couple weeks, and I'm getting married shortly after that," Rahm said in Dubai. "That's the only thing I have in mind, being able to tie the knot with Kelley [Cahill]; it's as simple as that."

Jordan Spieth won 14 times worldwide, including three majors, from 2013-17. He is now on the verge of going winless for a second straight year.

Spieth played 11 events in 2019 before recording his first top-10 finish. He had just five such finishes this year as he’s dropped to No. 44 in the OWGR. To put the fall into perspective: Spieth is now ranked 16 spots behind Danny Willett, who beat Spieth at the 2016 Masters but fell outside the world top 400 in 2018.

"For the year I've gotten just too inconsistent, too far off in the long game," Spieth said at the BMW in August. "It went down into the short game but a tremendous improvement in my putting. I know exactly why I got off, what happened and how to get it back. I know why my swing got off. I've started to figure out that next step of working it back the right way and then making it consistently up there as one of the best ball-strikers in the world like I have been in the past is the next step.

Spieth has had success at the Hero, tying for third in his last start here, in 2017. He won the event in 2014, though that year the tournament was held at Isleworth Golf and Country Club in Orlando, Florida.

But Spieth isn’t the only past Hero winner about to cap a disappointing year: Bubba Watson, who won here in 2015, had just three top-10s in 2019, dropping from 16th to 41st in the world.