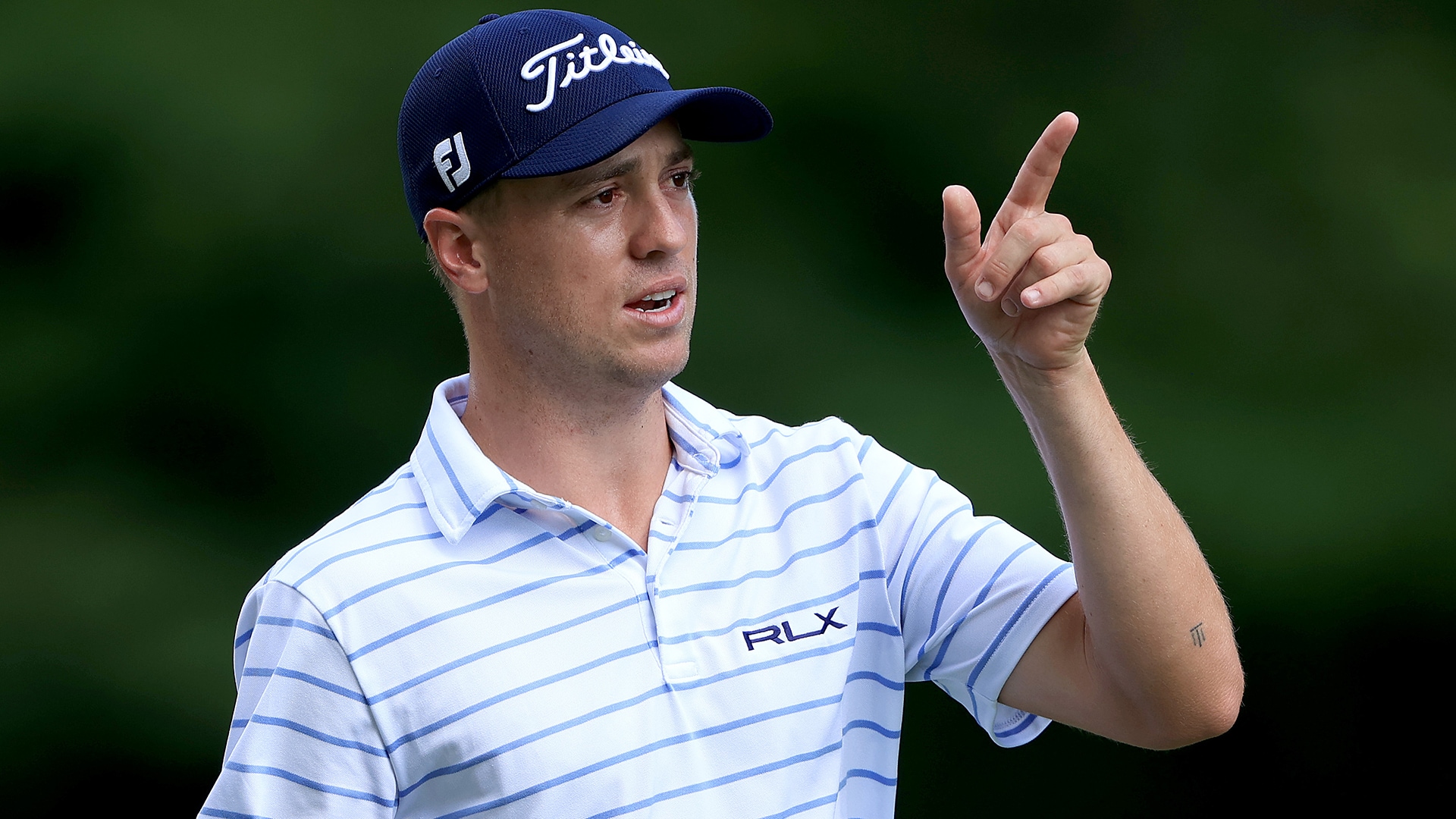 With two victories already this season, Justin Thomas will aim for victory No. 3 Sunday at the Workday Charity Open. Here’s where things stand entering the final round in Dublin, Ohio:

What it means: The 27-year-old Thomas will be the elder statesman looking to hold off the young guns Sunday at Muirfield Village. With inclement weather expected Sunday afternoon, the final round will feature threesomes off split tees, and the final group of Thomas, 22-year-old Hovland and 23-year-old Morikawa will tee off at 9 a.m. ET. One group ahead will be 23-year-old Burns. It won’t be easy to catch Thomas, though, as he is 8-for-12  converting 54-hole leads or co-leads into wins on Tour. Thomas has also gone 54 holes this week without making anything worse than par, adding one of several 66s in Round 3. The only other players to go bogey-free through three rounds at Jack’s Place: Scott Hoch (1987) and Jim Furyk (1997). Neither player, however, went on to win.

Round of the day: Monday qualifier M.J. Daffue, who birdied the ninth hole Saturday morning to make the 2-under cut on the number, strung together five birdies and an eagle to shoot 7-under 65 and climb into the top 10 with one round to play. Most impressive, though, were Daffue’s par saves on Saturday. He made par putts of 11, 17 and 20 feet while also chipping in for par at the par-5 fifth.

Best of the rest: Hovland’s road trip continued this week after the 2018 U.S. Amateur winner teed it up in each of the Tour’s first four events back. Hovland has yet to finish outside the top 25 since returning to action, but he also is without a top 10. His eight-birdie 66 gives him a chance at a second victory of the year after he won in Puerto Rico in March. … Fellow Oklahoma State alum Rickie Fowler holed three birdie or eagle putts longer than 14 feet as he fired a third-round 66, which equaled the round shot by Gary Woodland, who joins Fowler at 9 under. Fowler’s 66 is his best round since the second round of the Phoenix Open in February. … Xander Schauffele also notched a 66 Saturday as he rose to 8 under. Schauffele has slowed since his T-3 finish at Colonial to open the Tour’s restart. … Riding momentum from his first top-10 of the season (T-8 at Rocket Mortgage Classic), Troy Merritt carded 67 to reach 8 under. … Stewart Cink, without a top-30 finish since tying for ninth in Houston last fall, is 7 under after his third-round 68.

Biggest disappointment: Morikawa had a great opportunity to pull away from the pack, but his three-shot advantage entering the day evaporated thanks to three mid-round bogeys in the span of four holes. The Cal product could only manage an even-par 72 as he struggled (by his standards) tee to green, and he now finds himself three back heading into Sunday.

Shot of the day: Thomas has been dialed in on and around the greens this week. He is 12 for 12 in scrambling and hasn’t missed in 46 attempts inside of 8 feet. Here’s the up-and-down birdie that Thomas executed at the par-5 11th, which gave him a one-shot lead at the time.

Quote of the day: "It was just a little frustrating that I couldn't get really any iron shots going, and when you have days like that, you just kind of fight them off." – Morikawa