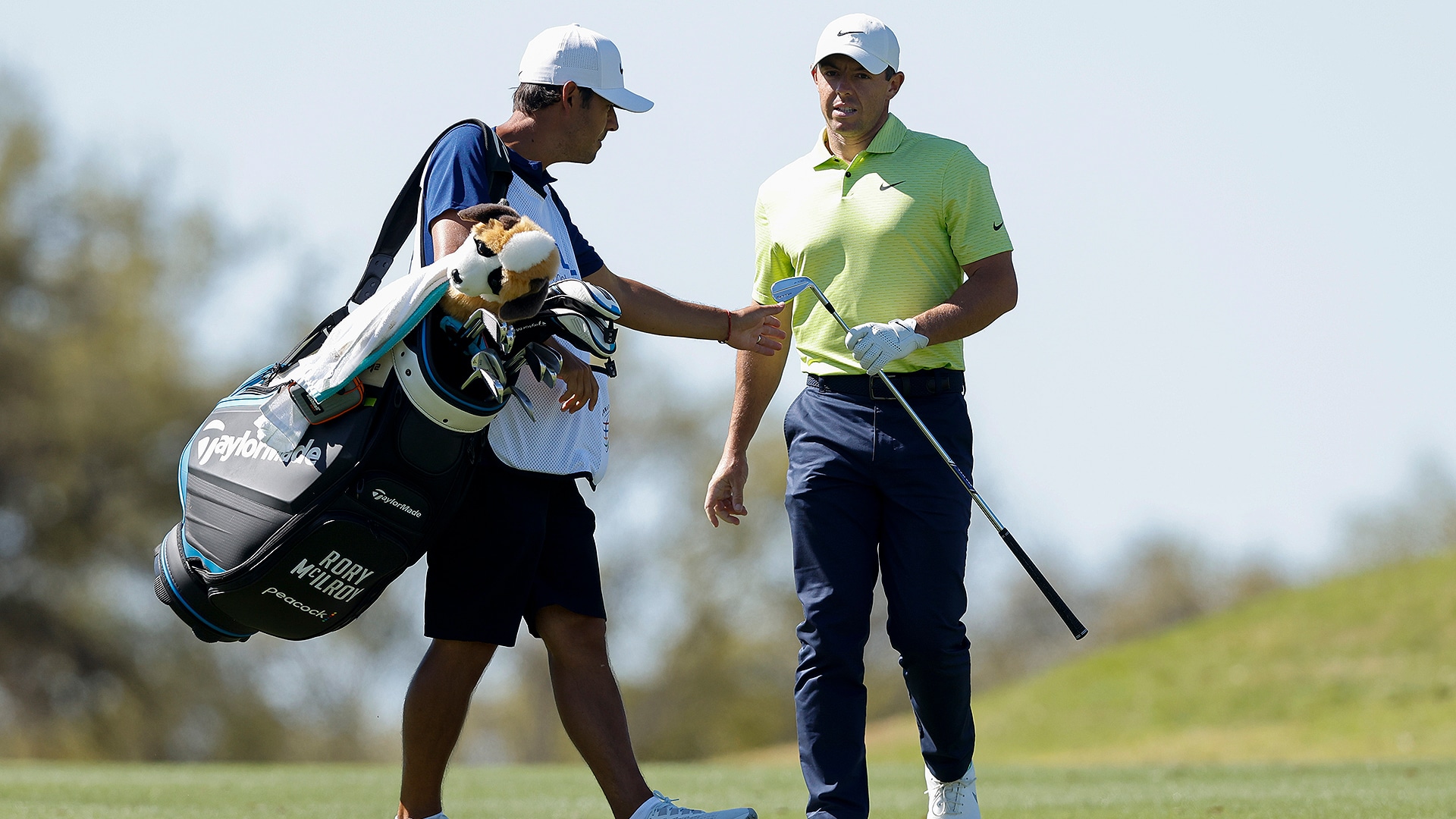 AUSTIN, Texas – Speaking publicly for the first time since it was confirmed he’d started working with a new swing coach, Rory McIlroy explained on Thursday why he felt it was time.

“[New swing coach Pete Cowen] has seen me grow up swinging the golf club. I don't think he has any preconceived ideas in his head of how I should swing ... I just felt like it was a natural fit in terms of Pete knows my goal,” said McIlroy, following his 4-and-3 victory over Lanto Griffin at the WGC-Dell Technologies Match Play. “His short game expertise is unbelievable, as well, and I think just picking up those little nuggets from him is only going to help in the long run.”

McIlroy also explained that Cowen’s swing philosophy dovetails with what he’s trying to work on at the moment, including a focus on the downswing and the structure of the right arm. An extended session working on those philosophies on the Austin Country Club range following his Day 1 loss - he hit 11 bags of balls - seemed to help and he remains in the hunt to advance to the weekend with a victory on Friday.

“I doubt that one session is going to pay off that much, but I think it's just a process, and it's something I'm going to have to continue to do each and every day and put my faith and my trust in the fact that what I feel like I'm trying to do is the right thing,” he said.

“Michael is like a second dad to me. Michael and I's agreement is still the same,” he said. “It's just the fact that I haven't been able to see him as much recently, and then the times that I have it feels like every time we saw each other it was almost like we were trying to do too much.”