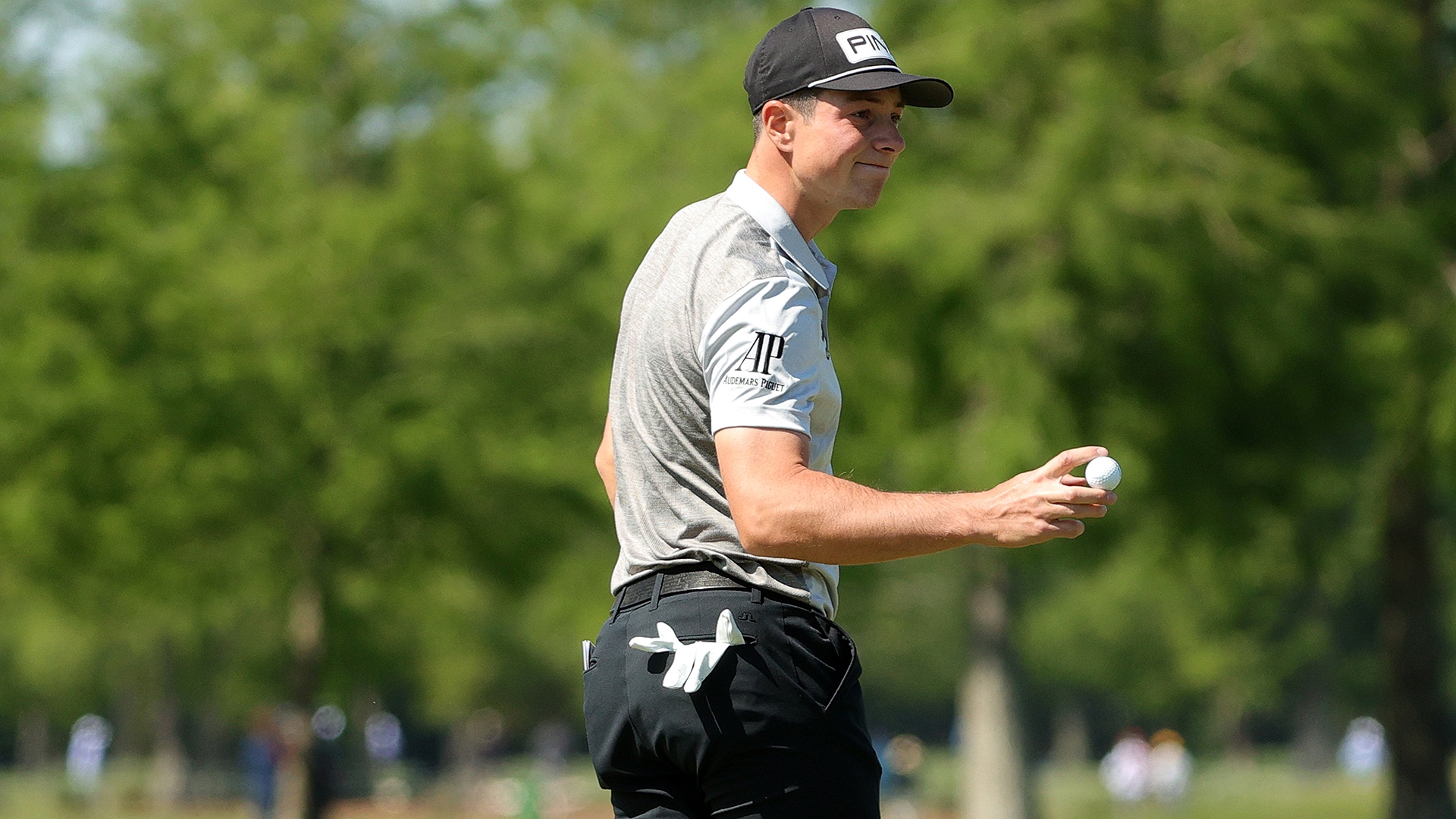 AVONDALE, La. – Brice Garnett and Scott Stallings birdied eight of their last 11 holes, Viktor Hovland and Kris Ventura birdied nine of their final 12, and both teams shot 10-under 62 in Zurich Classic to share the first-round lead Thursday.

“Kris decided to heat up his putter. That really helped,” Hovland said. “But I felt like we really played solid golf all 18 holes.”

Ventura made a 36-foot birdie putt from the fringe on 15 and a 19-footer on 16 for his seventh and final birdie of the day in the best-ball format played on the first and third rounds. Players will alternate shots in the second and final rounds.

Garnett hit approach shots within 7 feet on the first, second, fourth and fifth holes and made all four birdie putts after his team made the turn following a back-nine start. Stallings' birdie putt from nearly 18 feet on the eighth hole pulled his team into a tie atop the leaderboard.

“We had a tale of two nines,” said Stallings, who made half of his team's 10 birdies. “It was nice we didn’t birdie the same hole ever, and that’s what you have to do. We did a great job of that today.”

Hovland, who teamed with Ventura at Oklahoma State, started the Norwegian tandem's run up the leaderboard by landing a shot from the bunker left of the green within 4 feet to birdie the par-5 seventh.

Tony Finau and Cameron Champ, who had a back-nine start in the same group as Horschel and Burns, birdied the seventh and eighth holes to join the third-place teams.

Cameron Smith, who won the Zurich during its first year as a team event in 2017, made a 38-foot eagle putt on the par-5 second hole to help him and fellow Australian Marc Leishman post a 63. Smith also had six of his team’s seven birdies.

Louis Oosthuizen nearly put his approach shot in the water on 18, but then chipped in from a steep embankment for birdie to pull himself and his teammate, fellow South African Charl Schwartzel, into a tie for third.

Also at 63 were the teams of Brendan Steele and Keegan Bradley; Sebastian Cappelen and Mark Hubbard; and Kyle Stanley and Kyoung-Hoon Lee.

Xander Schauffele and Patrick Cantlay – the only team with two players ranked in the world's top 10 – finished among a handful of teams at 64, including the tandem of Bubba Watson and Scottie Scheffler. 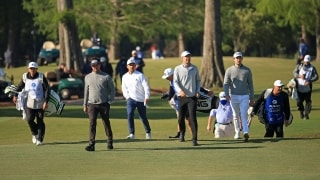 A cool breeze from the north that had numerous players wearing long sleeves – uncommon in late April in south Louisiana – also had a chilling effect on the anticipated risk-taking that can occur in the best-ball format. That was particularly the case on the 403-yard 13th hole, where players elected to aim for the fairway to the right of a massive cypress tree rather go straight at the green over a waste bunker to the left of the tree.

“This course isn’t really designed to play in this wind,” Horschel said, also noting he did appreciate temperatures in the 60s for much of the round. “It was nice to see Sam have a really good round because he’s been playing well ... and I just made sure I didn’t do anything stupid.”