From 'Fortnite' to more fun, Jennifer Kupcho learning to separate game from life 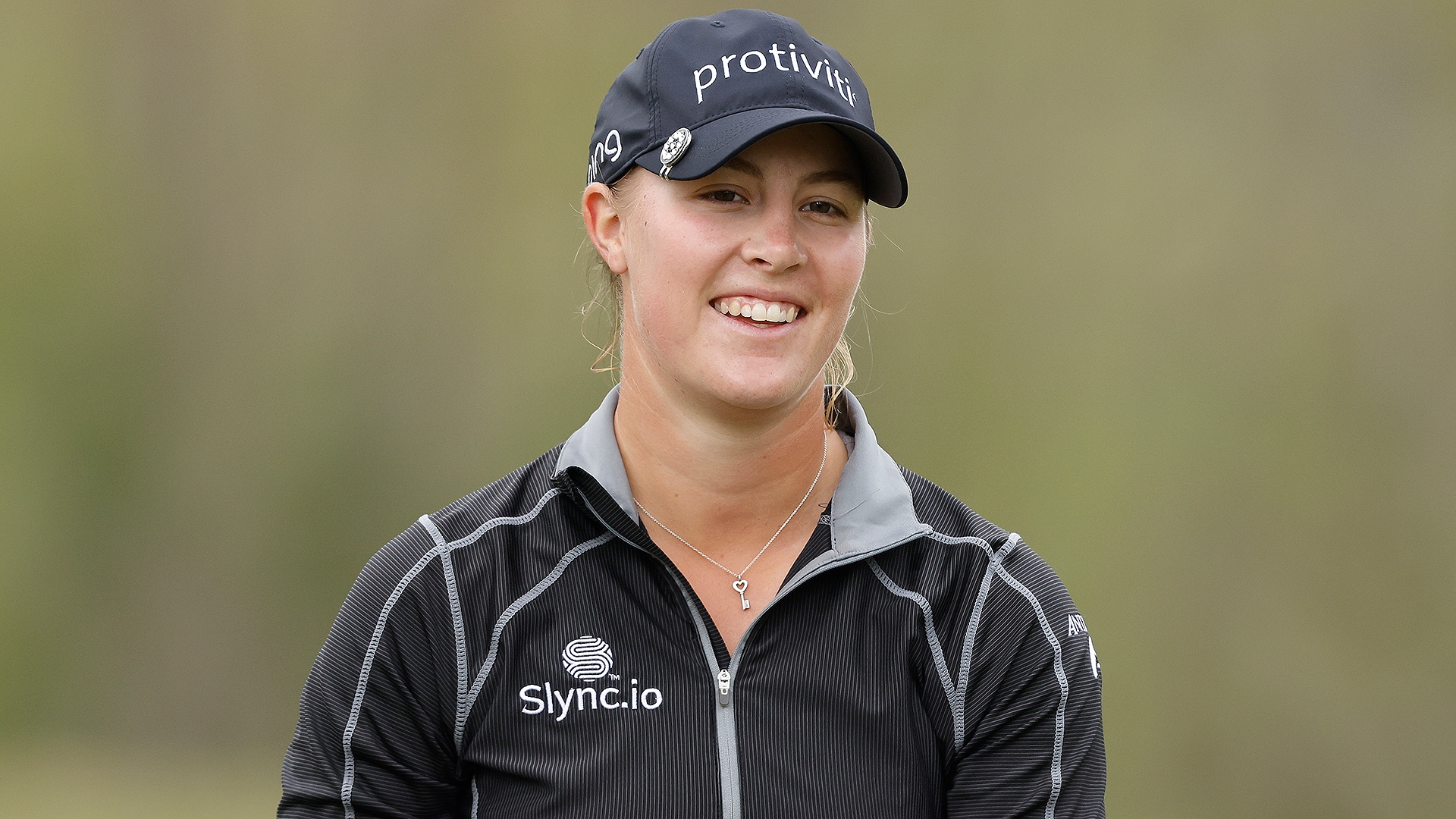 Jennifer Kupcho is learning how to not take herself, or her golf, too seriously.

She started by playing “Fortnite.”

“It’s a lot better for me when I play with friends and I can talk to them that way instead of just FaceTiming people,” Kupcho told GolfChannel.com about the game. “It’s more interactive and more fun.”

“Fortnite” has become an outlet for Kupcho. It’s one of several new activities she’s taken up during the last year in order to fill the hours spent stuck in hotel rooms while traveling in the midst of a pandemic. She also started reading again. Susan Mallery’s books are her current must-reads. And, she’s watching more educational TV shows and less of the teenage dramas she watched before.

But video games, books and TV shows are more than just a way for the 23-year-old to pass the time while on the road.

Kupcho is learning to separate herself from her golf.

“Golf is not everything related to me,” Kupcho said she learned over the past year. “I’m a different person off the golf course and it's not related at all. It really made me a happier person, in general.”

Golf is what I do, not who I am, is a mantra that’s been uttered by numerous players, including veterans Brittany Lincicome and Christina Kim, who learned how to separate the pro from the person. Fortunately for Kupcho, who is in just her third season on tour, she’s lucky to have learned the value of making the separation early in her career.

As a young adult, much of Kupcho’s identity was tied to what she accomplished on the golf course. How could she not feel that way? She was ranked No. 1 in the world as an amateur. She won the NCAA individual title while at Wake Forest University. And, perhaps most famously, she won the inaugural Augusta National Women’s Amateur.

Kupcho, who remains in search of her first LPGA victoty (she did capture the 2020 Colorado Women’s Open for her first professional title), says she didn’t feel pressure to build quickly on her amateur success in the paid ranks. But her actions on the golf course would say otherwise.

During her first two years on tour, Kupcho would outwardly react negatively to the shots that didn’t break her way. She’d slam a club. Or, stand with her arms crossed in disgust. To her credit, she’d rebound by draining a long putt after a rough chip or bounce back from a bogey with birdies on the next two holes. But that emotional roller coaster wasn’t one she could maintain and find consistent success as a pro.

Kupcho used 2020 as a time to reset. She got a new caddie, new clubs and a new mindset.

“Going from being a really serious golfer when I first came out on tour and getting upset over bad shots,” Kupcho said. “Doing those changes in 2020, helped me calm down.”

Kupcho began making the overhaul before the ANA Inspiration in September. At the urging of her parents, Mike and Janet, Kupcho returned to the Ping irons she played in college. She added caddie Kyle Alexander to the bag and worked with Ed Oldham, her swing coach, to reshape her mental game. The team put together key thoughts which she relies on when she feels on the verge of losing her cool, that also keep her from dwelling on bad shots.

“It definitely was hard to make all those changes, but I have a really great team behind me,” Kupcho said. “My family supported me and just kept me on my toes.”

Success quickly followed. After the ANA, she recorded top-10s in her next two starts, including a runner-up at the ShopRite LPGA Classic.

Kupcho the professional was beginning to look more like Kupcho the amateur.

And she’s carried that success into 2021. Kupcho finished T-21 in her season debut. She followed that up with a runner-up finish at the LPGA Drive On Championship at Golden Ocala, where, ironically, the course features a number of tribute holes designed to look like Amen Corner. 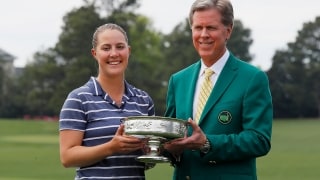 The Augusta National Women's Amateur turned into a two-woman race on Saturday at Augusta, and Jennifer Kupcho simply outplayed Maria Fassi down the stretch to take home the hardware.

Next week, 85 of the top female amateurs in the world will return to the site of Kupcho’s historic victory at the Augusta National Women’s Amateur. The event was canceled last year because of the coronavirus pandemic, so Kupcho remains a defending champion of sorts, although having foregone her amateur status when she joined the LPGA Tour in 2019. Looking back, nearly two years removed from her signature victory, it has given a deeper purpose to Kupcho’s life.

“After winning Augusta, that kind of became what I wanted to do, to bring light to help people pick up a club, because it’s a great game,” Kupcho said. “Especially during this time with social distancing.”

Kupcho hopes to grow the game by giving fans someone who is fun to watch. Someone as thrilling as the amateur who went toe-to-toe with Maria Fassi down the closing stretch to win at Augusta National. Not someone who is overly serious or too hard on herself.

“I know a lot of people don’t watch women’s golf,” Kupcho said. “I just [want to] get people to start watching and show that we’re exciting to watch, and we’ve got talent to do it as well.”

This year, Kupcho has a chance to entertain fans on the biggest stages in the game.

In 2021, the Olympics and Solheim Cup will be contested and Kupcho is hoping to qualify for both. In order to qualify for the Summer Olympic Games in Tokyo, Kupcho will need to be one of four Americans ranked inside the top 15 in the Rolex Rankings when qualifying ends on June 28. As of mid-March, Kupcho would qualify. Currently, she is ranked No. 12 in the world and the fourth-ranked American. She’s No. 11 in the Solheim Cup points standings.

“I have strong suits and weaknesses that I have to figure out and fix to play my best,” Kupcho said about trying to qualify for both teams. “I don’t know for sure either one of those will happen, but [I’m] just going [to go] out there and do my best to try.”

This week, the new, lighthearted version of Kupcho will be on full showcase as she makes her debut at the Kia Classic, which starts to ramp up the LPGA season. A less serious Kupcho is looking to continue to show she has serious game. 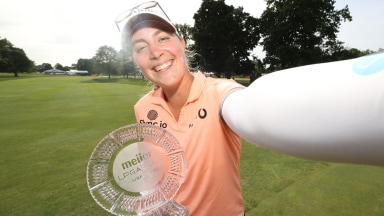 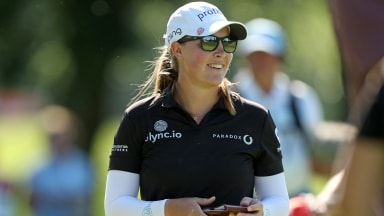 Jennifer Kupcho shot a 9-under 63 on Thursday at windy Blythefield Country Club for the lowest score of her LPGA Tour career.