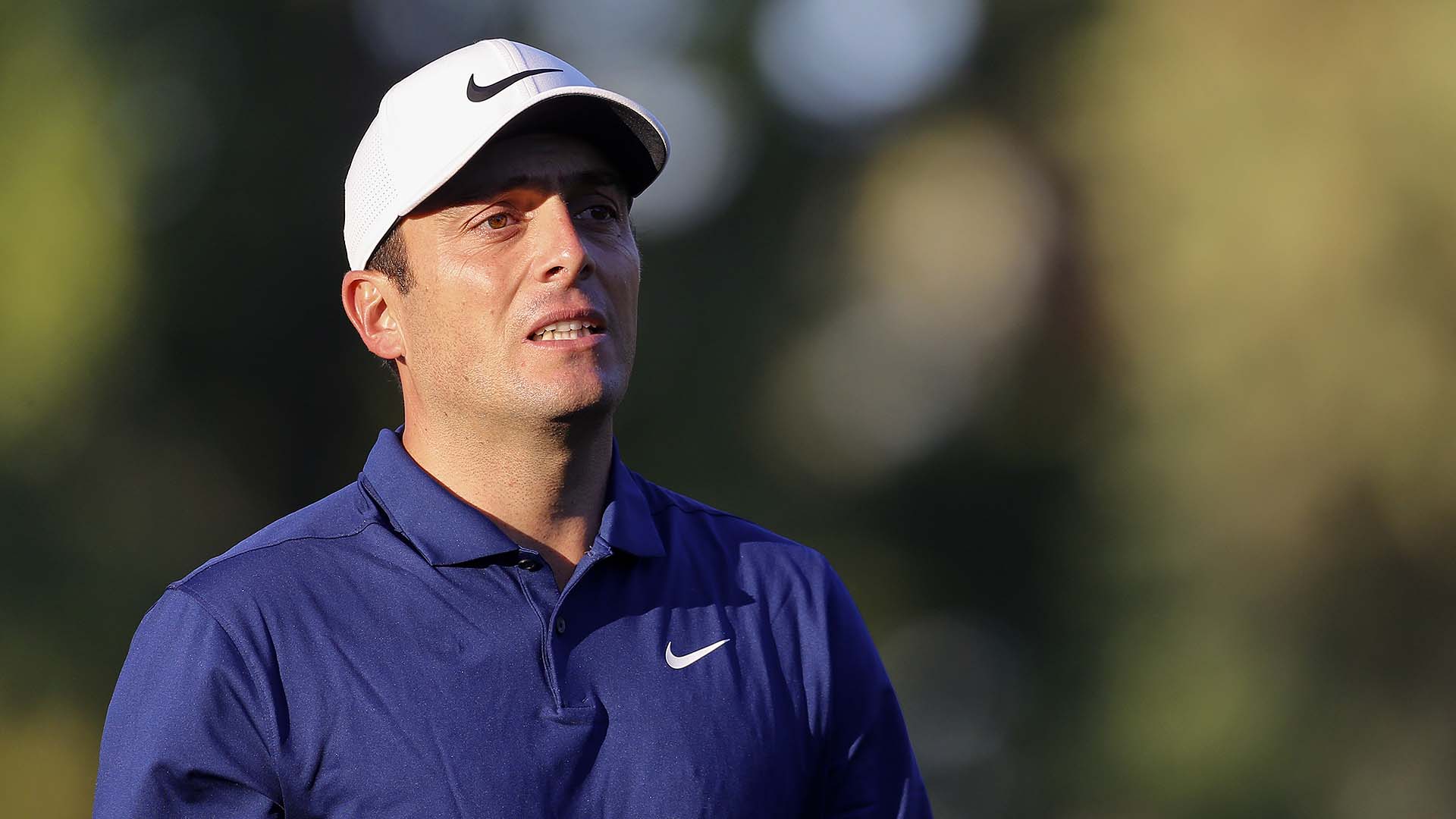 NAPA, Calif. – Don’t blame Francesco Molinari if he’s looking a little ragged this week while strolling the fairways at the Safeway Open.

Molinari arrived in wine country fresh off a title defense at the BMW PGA Championship in England, an intercontinental trek across eight time zones that didn’t land the former Open champ in California until Tuesday evening.

“I’m based in London, so it’s not the first time. I did it for the U.S. Open this year, but at least then I traveled on the Monday,” Molinari said. “I’m not sleeping great. I’m waking up early, but I had two early tee times yesterday and today, so that kind of helped.”

Molinari showed no signs of jet lag while making his first competitive start at Silverado Resort & Spa, shooting a 6-under 66 that left him one shot behind early leader Adam Scott. Molinari’s success came in spite of a wayward driver, as the Italian missed 11 of his first 12 fairways and found just three of 14 on the round.

But he made up for it in other ways, curling in more than 83 feet of putts including seven birdies to rank among the early putting leaders Thursday.

“I think the golf course, it’s really hard to hit the fairways, especially when you’ve got a breeze,” Molinari said. “I didn’t hit the ball great off the tee, so I had to do it from the rough. Short game was very good and I made a lot of putts, so obviously that helps a lot.”

While many players are easing their way into a new PGA Tour season, Molinari’s globetrotting campaign won’t let up anytime soon. Last week was his first European Tour start of the year, meaning he’ll play upcoming events in Italy, Turkey and Dubai to maintain his membership. Next month’s Italian Open made logistics for playing in the PGA Tour’s Asian Swing difficult, meaning he’ll skip that trifecta of lucrative events.

But the hectic schedule also opened up a window for him to make his first-ever trek to Napa, where he’s quickly found his footing despite a lack of sleep.

“I’ve only spent two days here, but so far I’m loving it,” he said. “I love California in general, and I’ve never been to this part so I wanted to see it as well.”