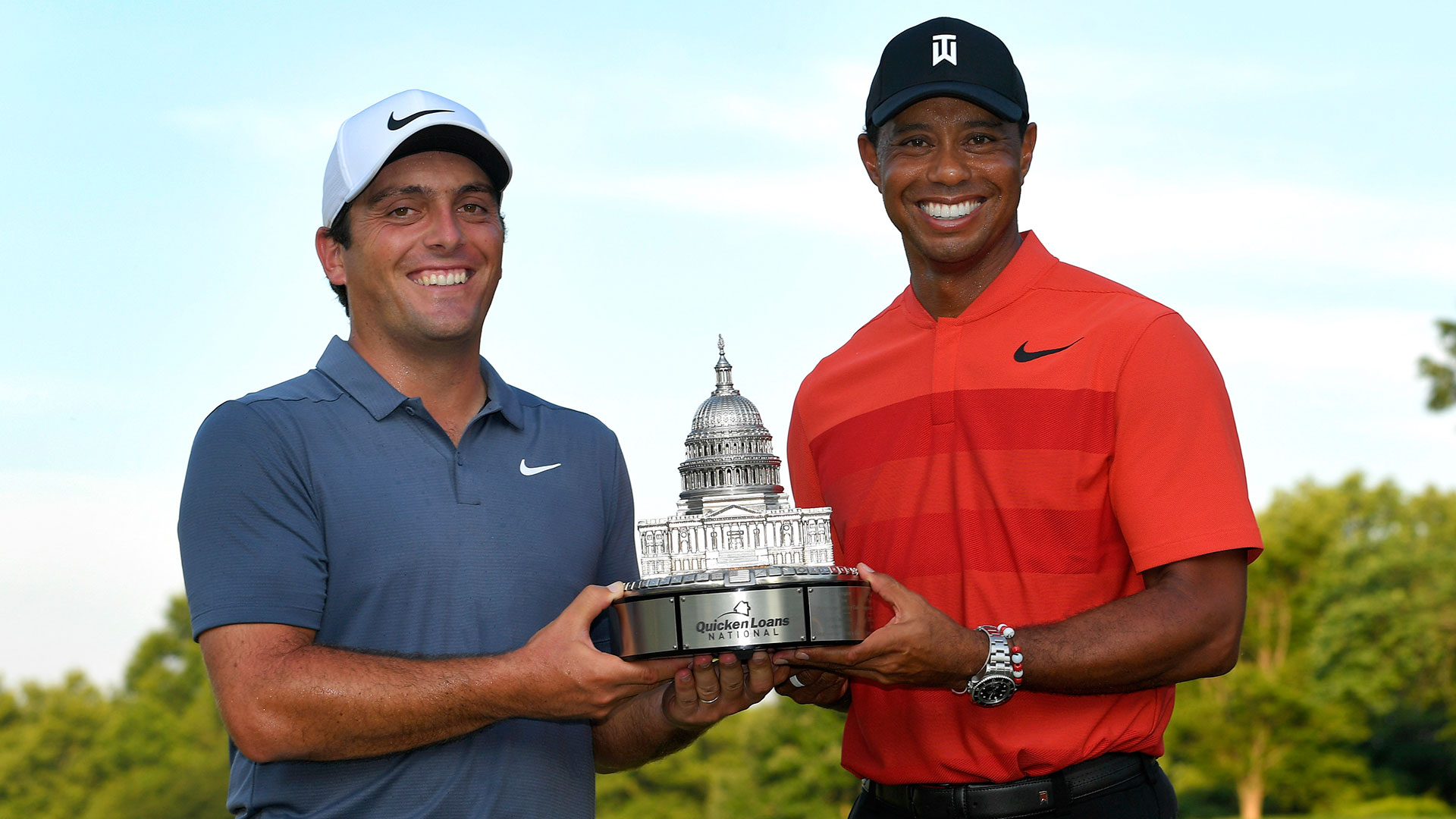 POTOMAC, Md. – Francesco Molinari is a man stuck between continents.

The Italian has played on two Ryder Cups and has won four times on the European Tour - including this year’s BMW PGA Championship, that circuit’s flagship event - but as this year progressed he found himself in a difficult position.

He struggled early on the West Coast, failing to post a top-10 finish, and as the heart of the European Tour schedule approached he was forced to make a difficult choice.

At 123rd on the FedExCup points list, Molinari was in danger of not keeping his PGA Tour card, so instead of playing this week’s French Open, one of the marquee stops on the European Tour, he opted for the Quicken Loans National.

It turns out his timing was perfect.

“I came here obviously because I was right on the bubble in the FedExCup and I wanted to gain a better position, so I guess job done,” said Molinari, who cruised to his first Tour title with a closing 62 and an eight-stroke victory over Ryan Armour.

Molinari started the day tied with Abraham Ancer and was alone in the lead after nine holes thanks to a 14-foot par putt at the ninth hole. He made it look easy from there.

Molinari eagled the par-5 10th hole to pad his advantage and added birdies at the next four holes to lap the field, which included host Tiger Woods, and shatter the tournament record total by seven strokes.

“Flushed the tee shot on 10, it's a daunting tee shot, and made a great putt for eagle [48 feet],” he said. “My thought was really if I get the ball on the fairway on 11, that was the last shot really that I was a little bit scared of because if you hit in the water, you can make a big number.”

There were no big numbers for Molinari, who made just two bogeys all week at TPC Potomac and put on a ball-striking show hitting 62 of 72 greens in regulation for the tournament.

That’s a long way from how he played the first few months of the season on Tour. Despite his success in Europe, which included a runner-up finish at the Italian Open in June, he was in danger of not qualifying for the playoffs until his breakthrough at the Quicken Loans National.

“The first part of the season probably I wasn't playing quite as well as I have been in the last month or so,” he said. “The putting is definitely improved and that's taken pressure off the long game as well because if you know you can make 20, 30 footers, you're not trying too hard to leave it close to the flag.”

His victory vaulted him to 42nd on the season-long points race and puts him on pace for his ultimate goal to qualify for the Tour Championship, which he narrowly missed last year.

It also gives him some freedom to pursue his other goal this season, which is to qualify for the European Ryder Cup team. In fact, playing for Europe later this year in France almost prompted Molinari to change his plans for this week and play the French Open.

“Unfortunately or fortunately when you play two tours, you need to balance the two things,” he said. “It wasn't an easy decision, I thought until the last minute whether to go to France or to come here, but seems like it was the right choice in the end.”

Although Molinari planned to fly home to London following his victory at TPC Potomac, he will return to the United States to fulfill his commitment to play the John Deere Classic, which is required under the strength of field requirement, before heading to Scotland for The Open.