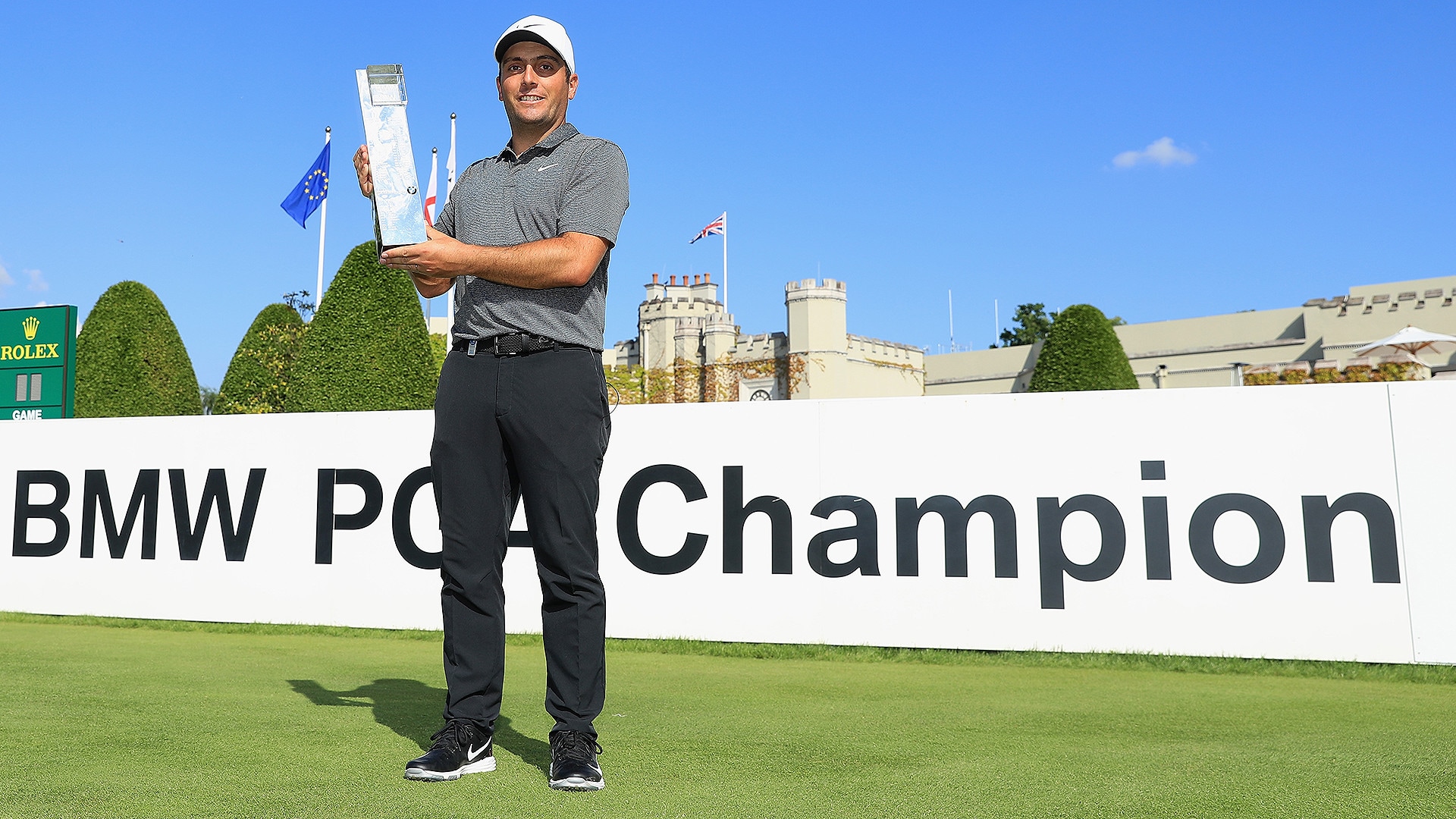 After winning the European Tour's flagship event, Francesco Molinari moved into position to qualify for the Ryder Cup this fall in Paris.

Molinari's two-shot win at the BMW PGA Championship moved him to fourth in the European Points list, past Jon Rahm and Ross Fisher, with the top four later this year qualifying automatically. Rahm is still in position to qualify via the World Points list after a T-5 finish at the Fort Worth Invitational, while Fisher is now on the outside looking in.

Molinari represented Europe at the Ryder Cup in both 2010 and 2012, famously playing Tiger Woods to a draw during Sunday singles' play at Medinah in Woods' most recent Ryder Cup match.

Here's a look at the updated European standings, with the top four from each list in August joining four picks from captain Thomas Bjorn:

On the American side, the only change among the top 20 came at No. 5, as Brooks Koepka jumped two spots after a runner-up finish at Colonial. Kevin Na rose 10 spots to No. 26 with a fourth-place finish, while an idle Woods fell one spot to No. 33.

Here's a look at the U.S. standings, with the top eight after the PGA Championship qualifying automatically: