Molinari on taking on Woods at Ryder Cup, Open 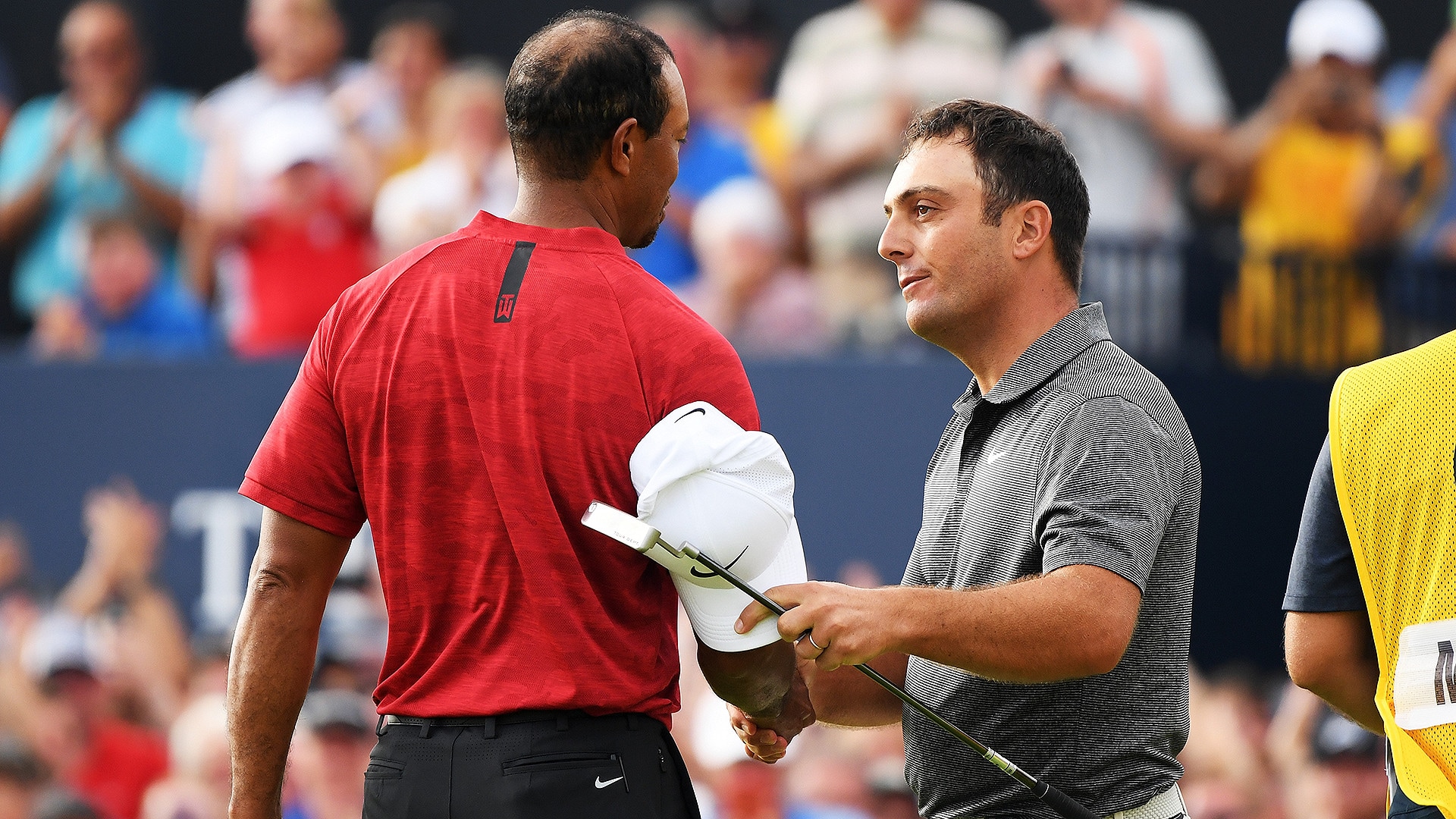 SAINT-QUENTIN-EN-YVELINES, France – Francesco Molinari might be a useful resource for the European Ryder Cup team.

He’s already take on Tiger Woods, head to head, at a Ryder Cup and a major.

Molinari was in the anchor match at the 2012 Ryder Cup when Woods conceded on the final hole to halve the match and give the Europeans an outright victory in the incredible comeback at Medinah. Molinari said the last hole was a “blur,” and it remains the last Ryder Cup that both Molinari and Woods played.

The proof is the claret jug that he now keeps at home.

To win his first major he needed to not only endure the circus that a Woods group brings, but he needed to outlast the 14-time major champion and a host of other worthy contenders to prevail at Carnoustie.

Reflecting on that momentous day Tuesday, Molinari said he initially was dreading the final-round date with Woods.

“If I’m completely honest, I wasn’t exactly hoping to be paired with Tiger, not because I don’t like to play with him, but because, obviously, the hype and with him being in contention in a major, it’s going to be noisy and it’s going to be a lot of people," he said.

“So the most challenging part was probably that moment when the draw came out, but then I quickly managed to think, You know, whatever. I don’t really care. I’m here to do a job, and they can’t really influence how I do my job.”

To thrive in that situation gave Molinari a lot of confidence – especially heading into a pressure-cooker like the Ryder Cup.

Asked whether it’s more pressure trying to win a major or a Ryder Cup – since he’s now done both – Molinari said: “You won’t believe me, but it’s nowhere near. Carnoustie was nowhere near Medinah or in any matching ways. It’s hard to believe, but it’s probably because you play for a team; you play for a continent in our case, and you know about the tradition and what players have done in the past.”