Future Rory? Northern Ireland's Owens, 6, has quite the golf swing 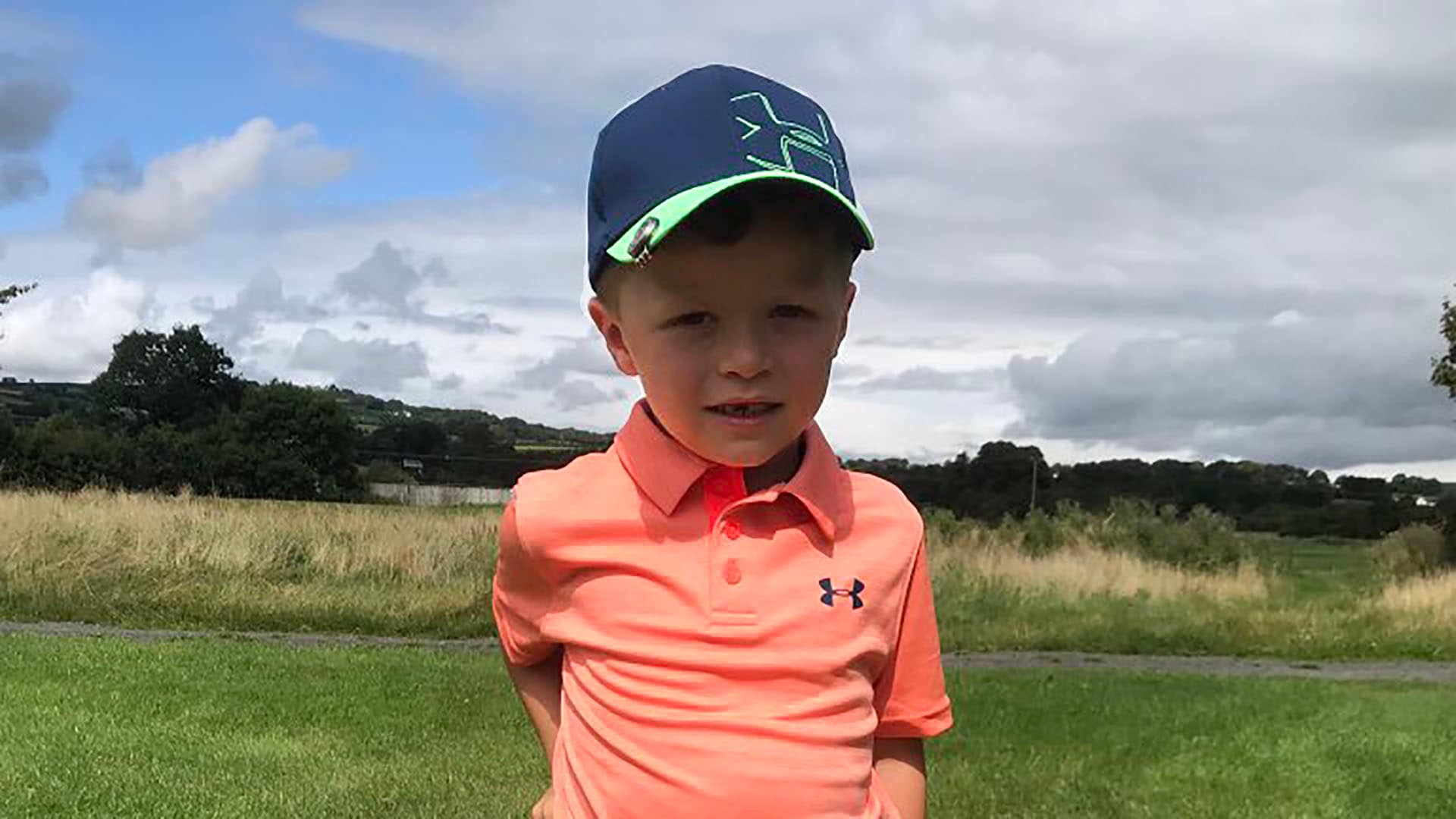 Tomas Owens is 6 years old, but he possesses a golf swing that one might see on the PGA Tour.

But who is this 6-year-old golf prodigy?

Owens lives in Antrim, Northern Ireland, just outside of Belfast and only about 20 miles from Holywood, the hometown of Rory McIlroy. Owens loves McIlroy, but he also likes to watch his other favorite players, Jon Rahm and Tiger Woods on television.

Owens' dad, Thomas, doesn't play much golf, but when he bought Tomas a set of plastic clubs when Tomas was 3 years old, the youngster was hooked. Soon after, Tomas' family discovered a local golf group for kids run by local pro Peter McCarroll.

"We brought Tomas along and it was there that I noticed Tomas had a natural talent for golf," Thomas Owens said.

Owens, a junior member at Masserene Golf Club, took his first lesson at age 4. He spent a year learning from Irish Junior Open Series founder Michael Gallagher, but then switched to a more local coach, Chris Gallaher of the Johnny Foster Golf Academy.

While Owens has yet to play an 18-hole round, his best nine-hole score is 5-under 35, which he first shot in the Irish Regional Wee Wonders Final. Owens advanced to a second straight Wee Wonders Grand Final this August, finishing T-3 in the boys 5-6 age division. He also competed in the U.S. Kids Golf European Championships in May in Scotland and U.S. Kids Golf World Championships in August in Pinehurst, N.C.

Owens' first trip to the U.S. resulted in a T-35 finish at Midland Country Club. He's excited for another opportunity to compete next year.

"This was an amazing experience, which we enjoyed as a family," Thomas Owens said. "Tomas had never played in that kind of heat, but he coped well and loved every aspect of the trip."

But it's clear that he's quite gifted at golf. He even chips balls into his mother's washing machine like McIlroy did as a 9-year-old on the Kelly Show.