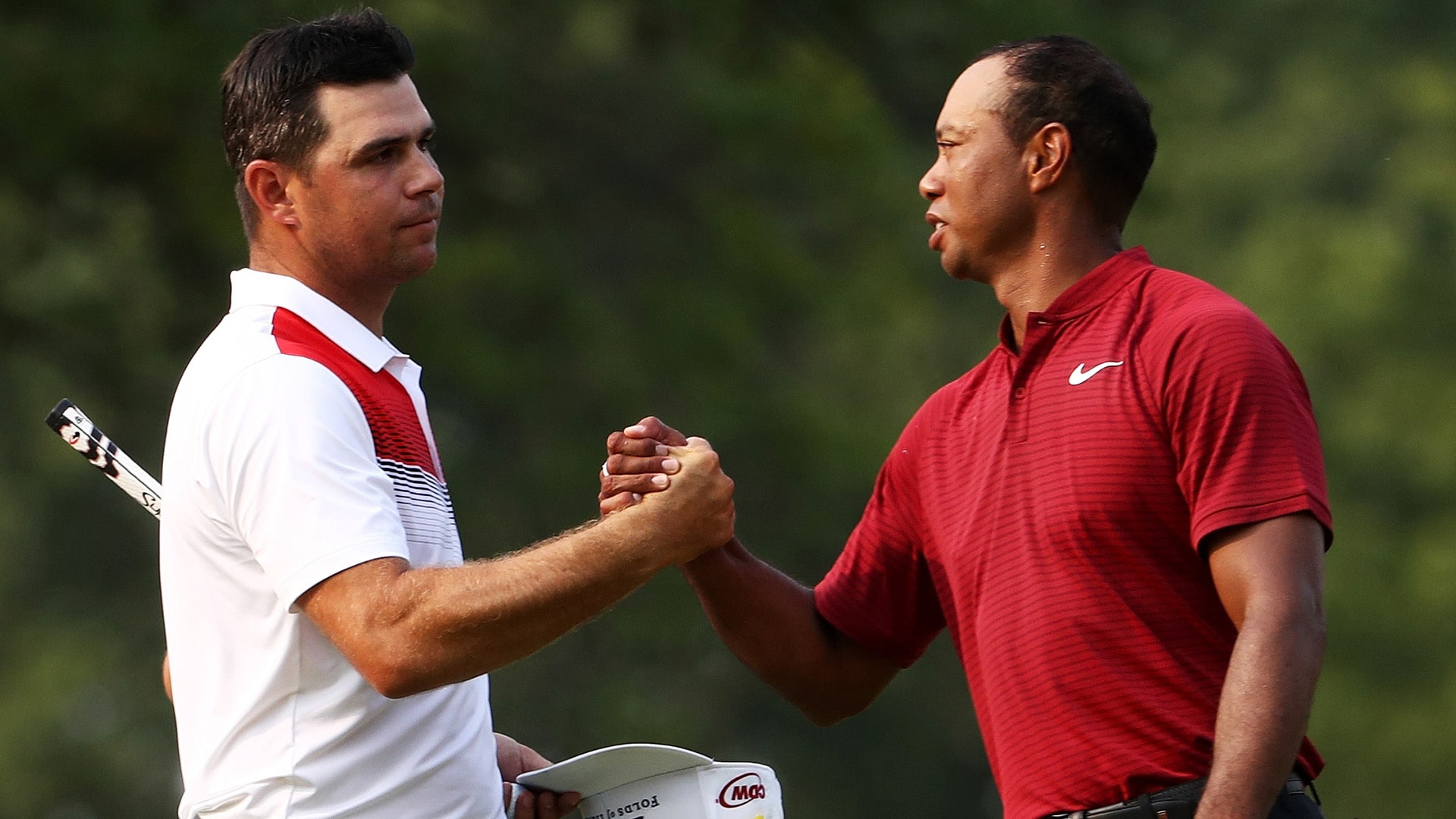 But he seemed like enjoyed his walk around Bellerive, nonetheless.

Paired with Tiger Woods, Woodland got off to a difficult start, playing first 10 holes in 2 over. But as Woods made the turn and threatened to potentially claim his 15th major victory, Woodland finally heated up, birdieing Nos. 11, 12, and 14 to shoot 1-under 69.

His tie for sixth at 10 under par is his best-ever finish in a major.

“Yeah, it was awesome,” Woodland said of his walk with Woods. “In that atmosphere, there's nothing like it. The energy in that place was unbelievable.

“That was the biggest crowd I've seen.”

And when the galleries weren’t cheering Tiger, they were mostly jeering Woodland, the Kansas Jawhawk who heard M-I-Z followed Z-O-U on every hole.

But after Woodland dented the cup at 12 with his approach – requiring a lengthy stoppage – a different chant broke out at Bellerive: Let’s-go-Ti-ger clap clap clap-clap-clap.

“The fans have been big all week. A lot of KU and Mizzou fans going back and forth,” Woodland said. “Tiger kind of cancelled that out. I was riding off the energy in that group. It was awesome.

“To contend in a major on Sunday and make putts, the energy was unbelievable – that's what you want. You want to be able to play with him on Sunday and beat him. Unfortunately, I didn't do that today, but I was glad I was in that spot.”