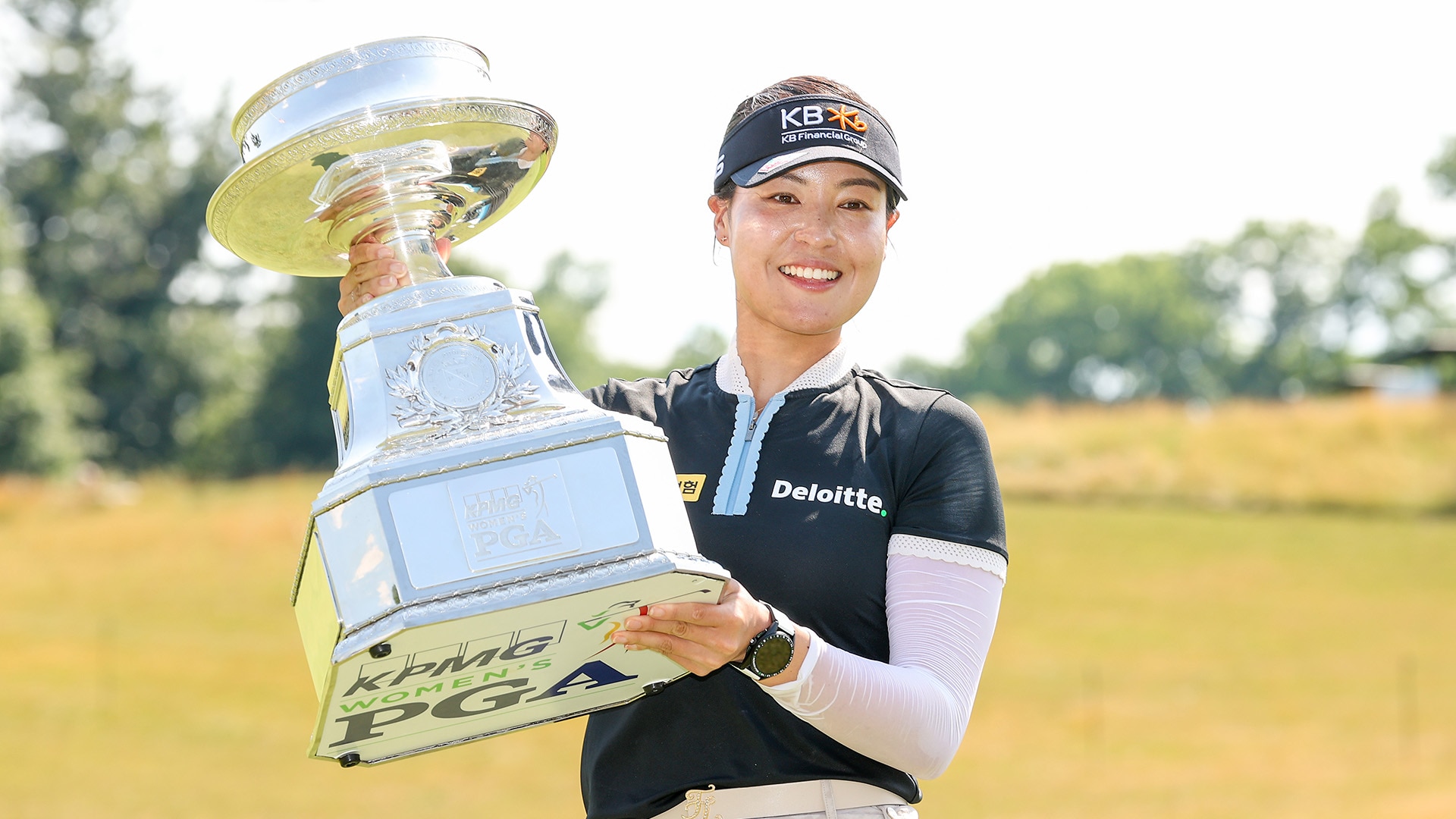 BETHESDA, Md. — In Gee Chun rallied after losing her once-sizeable lead, overcoming a bogey-filled front nine to win the KPMG Women’s PGA Championship on Sunday when Lexi Thompson faltered with the putter.

Chun shot a 3-over 75 for the second consecutive day at Congressional, but that was enough to win her third major title by a stroke over Thompson and Minjee Lee. Chun, after leading by six at the tournament’s midway point, lost a three-shot advantage in the first three holes of the final round. Thompson was two strokes ahead of her after the front nine, but her putting problems were just beginning.

The 27-year-old Floridian botched a par putt from a couple feet on No. 14, but a birdie on 15 restored her lead to two. Then she bogeyed the par-5 16th while Chun made birdie, leaving the two players tied with two holes remaining.

Thompson three-putted for bogey on 17, and after an impressive approach from the rough on 18, her birdie putt wasn’t hit firmly enough.

Chun’s approach on the par-4 18th bounced past the hole and just off the back of the green, but she putted to within 5 feet and sank her par attempt to win the tournament.

Chun, a 27-year-old from South Korea, led by seven strokes after finishing her first round in wet conditions Thursday. The lead was down to five at the end of that day — still equaling the largest 18-hole advantage in the history of women’s majors.

She was six strokes ahead at the halfway point and had a three-stroke advantage coming into Sunday. She finished at 5-under 283.

Chun won her first major at the U.S. Women’s Open in 2015 and added the Evian Championship in France the following year.

Holding a two-shot lead Sunday at the KPMG Women's PGA Championship, Lexi Thompson left herself 2 feet for par at Congressional's par-4 14th hole – and it didn't even touch the hole.