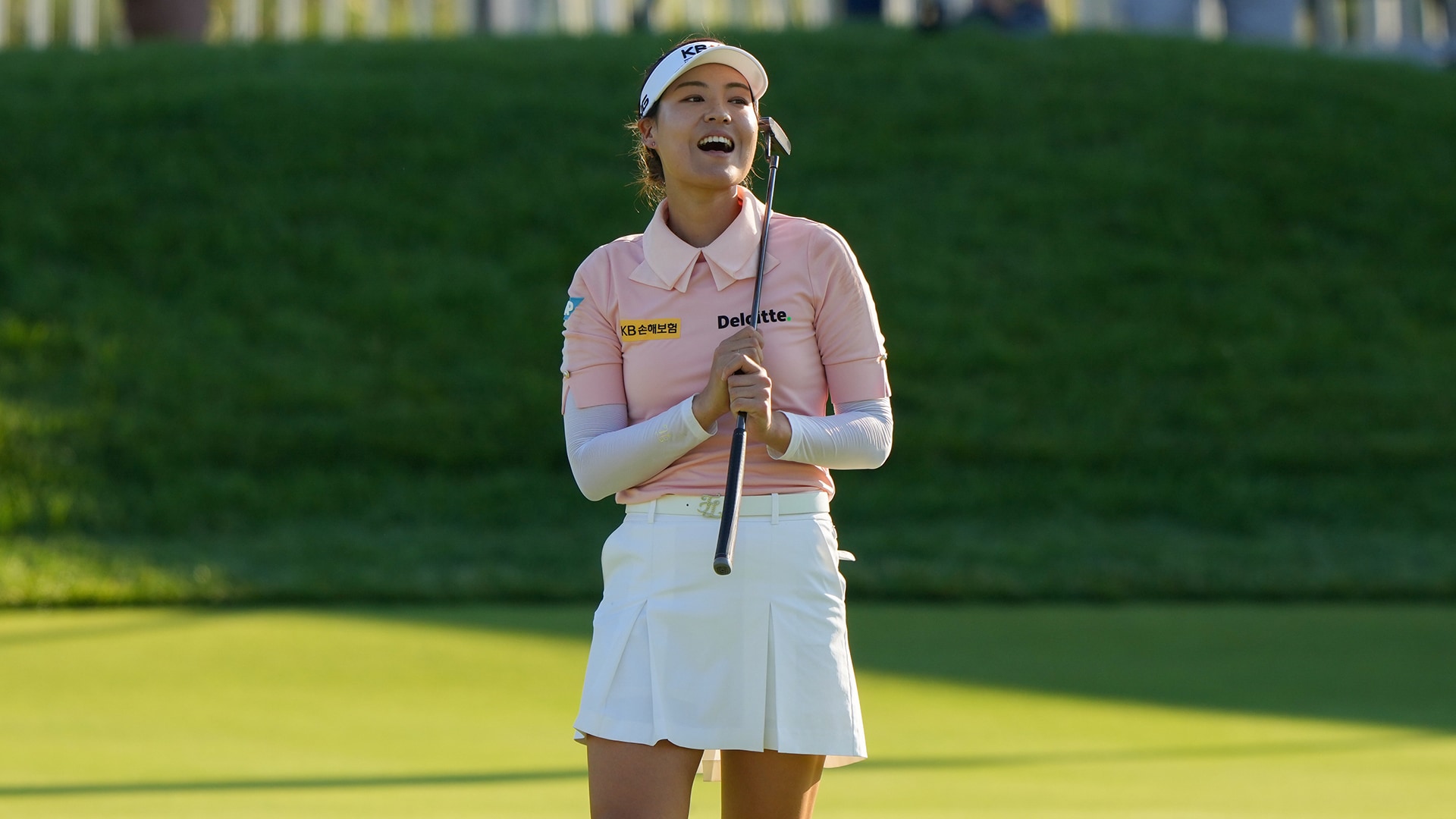 In Gee Chun might’ve taken her foot off the gas pedal, but she’s still very much in control of the KPMG Women’s PGA Championship through two rounds.

Chun birdied three of her first five holes Friday afternoon at Congressional Country Club to improve her five-shot overnight lead to six strokes. And though her potential early runaway stalled with even-par golf the rest of the way, at 11 under, she’s still a half-dozen clear of the field at the midway point of this women’s major.

“Honest, before I start[ed] today, I got a little pressure for sure because after I had a great first round, everyone talk[ed] about how you are, like, [holding a] five-shot lead, now I'm in a good position, everyone's expectations are really high,” Chun said. “So, it was a little tough to make focus, but I believe it's another process in my life, so I want to see the big picture.”

The big picture is that Chun, despite a couple of hiccups Friday, has been dominant through 36 holes. Her two bogeys came at Nos. 7 and 8, the latter of which resulted from a tough lie on her approach and later hitting the flagstick on a missed par putt.

At that point, Chun’s caddie, Dean Herden, told her, “In Gee, you did everything. That's golf.”

Chun didn’t give away another shot in her final 10 holes, and she added two birdies, including at the par-4 18th hole, a demanding finisher in which just one other player in the top 10 managed to birdie on Friday.

Chun is certainly smiling through the proverbial rearview mirror, through which she can barely make out second-place players Jennifer Kupcho and Lydia Ko, both major champions like Chun, who owns titles at the 2015 U.S. Women’s Open and 2016 Evian Championship.

When Chun won the Evian, she set the new LPGA major scoring record of 21 under. Louise Suggs’ major record for margin of victory (14 shots) appears safe, but Chun is on pace to equal Cristie Kerr’s 12-shot victory at the 2010 LPGA Championship, now the Women’s PGA. That championship was the last time that a player has led this event by at least five shots after 36 holes.

And for further proof that history may be behind a Chun victory on Sunday, consider that when Rory McIlroy won the 2011 U.S. Open at Congressional, he led by six shots at 11 under, though the men played the course as a par 71.

So, with that said, can anyone catch Chun?

No contender would admit such an impossible task on Friday – nor should they. These are the world's best players, and not even Chun is immune to a bad round on a major venue with major pressure.

“In a major championship anything can happen, and it's only halfway,” said Brooke Henderson, who is T-4, seven shots back.

But perhaps Stephanie Meadow’s comments were most telling. Congressional has drawn rave reviews for its redesign, but in terms of the greens so far, if anything, they’ve been too receptive. Several players have talked about “zipping back” wedges on soft surfaces, and hoped that the sprinklers would be turned off the rest of the way.

If such benign green conditions continue, Meadow says, it may be hard for Chun to let the rest of her competitors back in the game.

“You've got to go low,” Meadow said. “We'll see if the conditions stay like they are now, you know, with the greens probably won't get super, super bouncy, so the birdies will be out there, and it's up to somebody to catch her. She's a great player, so I wouldn't be expecting her to come anywhere backwards, so everybody has to go chase. I think everybody knows that.”

Chun does, too, which is why she’s giving herself the best opportunity to be able to put things on cruise control come the back nine on Sunday.

“I don't want to get more stressed, or I don't want to try to make a perfect game on the course,” she said. “I just want to enjoy my golf game. That's the key.”