Until two days ago, only one player in LPGA history had Monday-qualified into three consecutive LPGA tournaments. Hee-Won Han accomplished the feat back in 2001.

Gianna Clemente, a 14-year-old from Warren, Ohio, will compete in this week’s Kroger Queen City Championship, which will mark the junior-golf standout’s third straight LPGA start as a Monday qualifier.

“Last night was kind of crazy because we were trying to get back to the hotel and stuff,” Clemente told LPGA.com on Tuesday, a day after she fired a 7-under 65 to win the qualifier by three shots at Kenwood Country Club in Cincinnati. With two spots up for grabs, Clemente actually qualified by five.

“We got back really late, and I didn’t have time to think about it. I woke up this morning and was like, ‘Oh, I’m going to another LPGA event today.’ It was kind of crazy this morning thinking about the last three weeks and the qualifiers.”

“It has become less overwhelming as the weeks have gone on,” added Clemente, whose father, Patrick, was a competitive player, competing on the golf team at Youngstown State.

Not that Clemente isn’t used to big stages. She isn’t set to start college until Fall 2026, but the 14-year-old standout already has cracked the top 100 in the World Amateur Golf Ranking and tops the AJGA junior rankings, ahead of notable names such as Anna Davis, winner of the Augusta National Women’s Amateur last spring, and Yana Wilson, who beat Clemente in the final of the U.S. Girls’ Junior earlier this summer.

Clemente became the youngest winner of the AJGA’s Ping Invitational last fall and is currently on a streak of six straight top-6 finishes in world-ranked junior events. She also made match play at this summer's U.S. Women's Amateur and for the second straight year teamed up with fellow junior Avery Zweig at the U.S. Women's Amateur Four-Ball, making it to the Round of 16 after reaching the semifinals in 2021.

“I just saw her in the parking lot yesterday before she teed off,” Davis, who is 16 and playing the Queen City event on a sponsor exemption, told reporters on Tuesday. “I just told her she's big-time and to have a good round. She's a good friend of mine, and she's solid. Especially being at that young of an age – I thought I was young, and then she just qualified three times in a row, and I was like, maybe I'm not that young.” 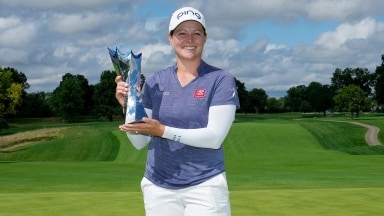 Ally Ewing ran off five straight birdies on the back nine Sunday and closed with a 7-under 65 to win in the LPGA’s return to Cincinnati. 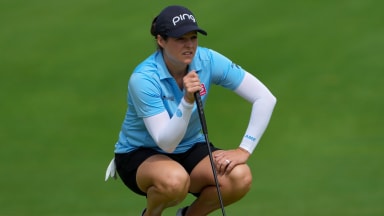 Ally Ewing shot into the Kroger Queen City lead with a fast start and stayed there on a soggy course Saturday for a 5-under 67. 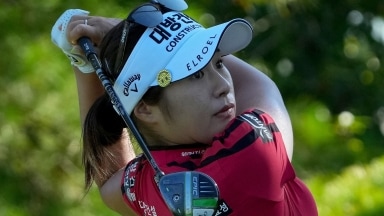 Without a top 10 since the Asia swing in early March, Jeongeun Lee6 posted her best score in nearly a year on Friday in Cincinnati.