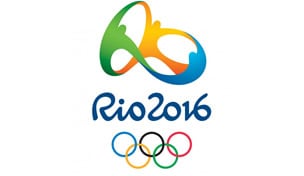 Organizers picked Hanse Golf Design over seven other finalists. Hanse will team up with Hall of Fame player Amy Alcott to build the first Olympic golf course since the sport was dropped following the 1904 St. Louis Games.

The announcement by Rio 2016 organizers was made at the site where the new course will be built, in the Barra da Tijuca neighborhood, which will hold most of the Olympic venues.

The Rio 2016 committee said Hanse Golf Design was 'the candidate that most aptly met the selection criteria' issued by organizers, proposing a strong legacy component that prioritized a golf academy to help the sport's development in Brazil.

'Hanse Golf Course Design tackled the challenge of designing a course for use by both elite and amateur athletes, one of the main legacy objectives,' the committee said in a statement. 'It addressed the environmental sustainability directives for the games and efficiently conformed to the building restrictions on the land.'

The committee said that Hanse's proposal 'also effectively integrated native vegetation to the design, reducing the areas where frequent maintenance will be required.'

Golf made its debut at the second modern Olympics in Paris in 1900, but lasted only one more games. It was reinstated in 2009 and is guaranteed to be at the 2020 Games, but a good impression in Rio would help keep the sport in the games beyond that.

Another IOC vote on adding or removing sports is scheduled for 2017.

'The selection process adopted by Rio 2016 was extremely thorough and reflected the importance of the project,' International Golf Federation president Peter Dawson said. 'I am delighted Hanse Golf Course Design has been appointed to design the Olympic golf course, which promises to provide an outstanding venue for the games and a tremendous legacy for our sport in Brazil.'

Hanse Golf Design was created in 1993 and built the course at the Tall Grass Golf Club in New York. It was recently hired by Donald Trump to help renovate the Blue Monster course in Miami.

Alcott won 29 times on the LPGA, including five major titles.

Nicklaus was set to team up with women's great Annika Sorenstam, while Norman had a partnership with the retired player Lorena Ochoa.

The winner was announced as delegates from the International Olympic Committee made a three-day visit to Rio to receive updates on the city's preparations.

'As it marks the return of golf to the Olympic Games after over a century of absence, this course represents the beginning of a new chapter in the history of the sport,' Rio 2016 Olympic committee president Carlos Nuzman said. 'It will enable Rio to host important events in the international calendar and it will be an example of sustainability and preservation of an environmentally protected area.'

The committee said Hanse's proposal effectively addressed the planning of temporary overlay structures and internal flow systems for the venue, and considered the location of permanent buildings and the experience of players and spectators.

After the 2016 Games, the course will be used as a public facility.

The course will be built at the Reserva de Marapendi in Barra, about 3 miles from the athletes' village and 4.3 miles from the main press center and the international broadcast center.

The designers made their final presentations to organizers last month and the winner was chosen by a selection committee comprised of Nuzman, Dawson and other local games' representatives.

The winner was expected to be announced last December, but the deadline for proposals was extended because none of the bidders initially had the proper legal and financial documentation. The announcement was then set for last month, but the local committee delayed it so the winner could be revealed during the IOC visit.