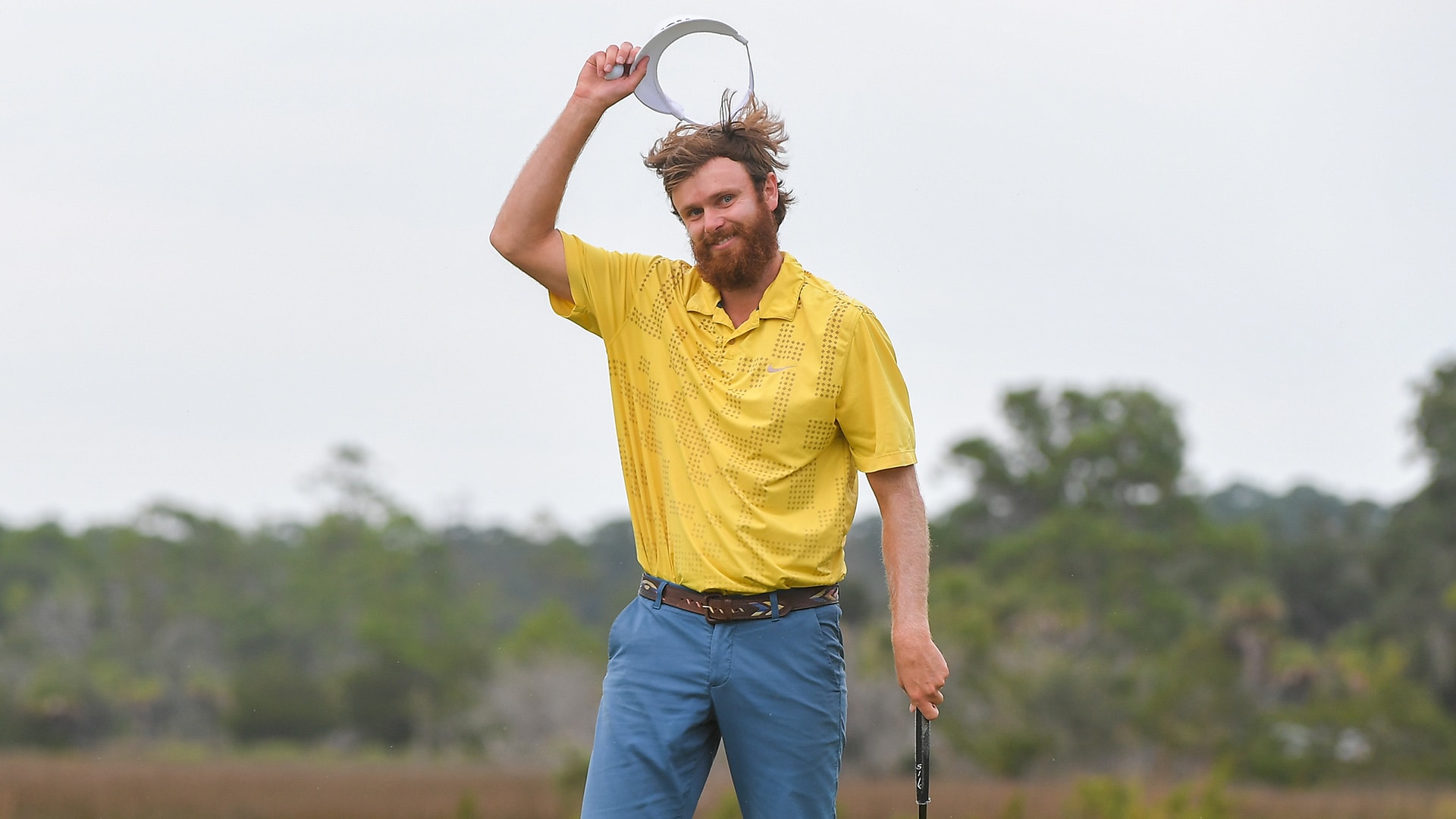 Evan Harmeling arrived in Savannah, Georgia, earlier this week with just one pair of golf pants.

He should be able to buy at least a few more after Sunday.

The 32-year-old Princeton grad, who two months ago didn’t even have a top-25 finish in his Korn Ferry Tour career, captured the Savannah Golf Championship in a playoff for his first KFT title.

Then again, why change what works?

Harmeling sunk a 12-footer for birdie on the final hole of regulation at the Landings Club and then birdied the par-5 18th hole again in the playoff to outduel Kevin Dougherty.

It likely helped that Harmeling was wearing his lucky outfit – yellow polo, blue pants, brown belt and white visor. The pants are Harmeling’s only golf pants, he says. Harmeling also wore the polo last year in Jamaica when he won on PGA Tour Latinoamerica.

So, when he finished laundry Saturday evening after shooting his second straight 5-under 67 to take a one-shot lead, Harmeling grabbed the polo and said to himself, “I’m putting this on again.”

The mojo was alive early, as he birdied his first two holes. But bogeys at Nos. 7, 8 and 12 opened the door for Dougherty, who birdied six of his first 15 holes to take a late lead. A bogey at the penultimate hole and two missed birdie putts at the last, though, kept Dougherty from sealing the deal.

Harmeling’s second shot at the extra hole ended up just 15 away from the hole and on a sprinkler head, from which he was granted free relief. Two putts later, the $600,000 first-place check was his.

“I thought I did a good job of staying hungry,” Harmeling said. “I came out attacking. I definitely wasn’t comfortable coming out here with a one-shot lead. I liked the mindset that I had.”

Harmeling, who missed the cut last week in Wichita after two straight top-25s, rises to No. 32 in points with one more tournament left before this super season pauses for a few months. Dougherty, the Oklahoma State product who is getting married next weekend, climbs to No. 59 after coming close to earning his PGA Tour card a few times in the past couple of seasons.

Austen Truslow, George Cunningham, Brett Coletta, Chad Ramey and Eric Cole all tied for third at 19 under, two back of the playoff.