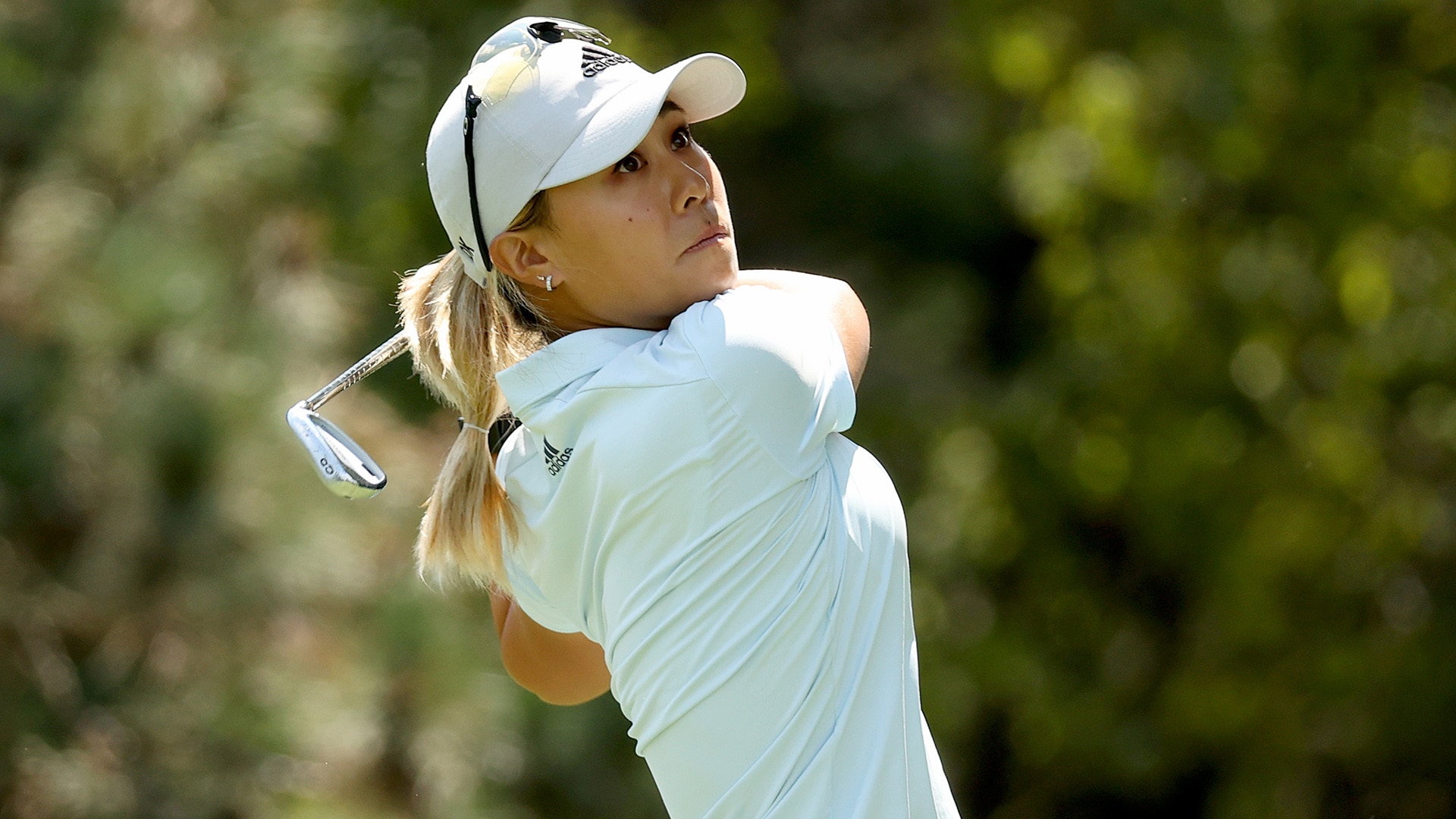 Danielle Kang’s quest to win a third consecutive title will be challenged overseas this week.

Yes, there’s been added angst with international travel amid the novel coronavirus pandemic, but the competitive challenge for Kang is about links golf at this week’s Aberdeen Standard Investments Ladies Scottish Open and next week’s AIG Women’s Open.

By the way, the LPGA reported Wednesday that there have been no positive tests among players and caddies in Scotland, so far. Since the tour made its restart almost three weeks ago, only two players (Marina Alex and Gaby Lopez) and three caddies have tested positive.

The players are competing inside what LPGA and tournament officials have characterized as a tight bubble this week and next.

The Ladies Scottish Open set up what it calls a “robust operational plan” with medical, health and safety specialists in place to make sure standards meet Scottish government and the World Health Organization guidelines. The R&A is setting up a “bio secure zone” to ensure safety next week.

“It’s definitely exceeded my expectation,” Kang said. “We are really strict in how we are moving about. No one has any intent on breaking any rules, but it's more so, the safety for us, and safety for people in the country. I wasn't really that nervous coming over here. I just thought it was interesting, you know, being able to fly international because there have been so many talks about not being able to fly from country to country. I felt excited more than anything to come here.”

Kang doesn’t mind her movement restricted to the hotel, golf course and back to the hotel.

“Only thing I can do is look outside the window of a car and see Edinburgh,” she said. “I can't go anywhere. Although, the fact that I get to play golf is just what I'm the most happy about, and the safety protocols, on the way we walk from the car park to the golf course, to how spread out everything is, and dining . . . You have to wear masks, have to have the temperature checks at the hotel, leaving the hotel, at the golf course, sanitizing everything before and after players. That has exceeded my entire expectation. Even with dining, with the takeout food and spaced seating, outside and inside, it's pretty great actually.” 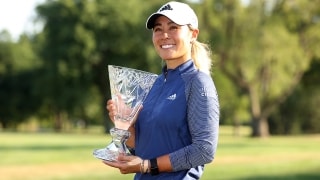 Lydia Ko was up five shots with six holes to play and lost to Danielle Kang, who picked up her second straight trophy.

While Kang’s confident in the protocols, she has never been as confident as she would like on links courses.

This two-week Scottish sojourn begins at the Renaissance Club in North Berwick.

“I'm actually having a lot of thoughts on the golf course,” Kang said. “It's not something that I'm used to, at all. So, it's bringing a lot of difficult parts of my game into play. So, I'm a little bit uncomfortable, to be quite honest, but always got to learn to be comfortable being uncomfortable.

“So, yeah, the golf course, it's tough for me. It’s going to be definitely a test in every aspect of my game, and I think that will be interesting.”

Kang, 27, has missed the cut in her last two starts on links courses in Great Britain, the 2017 and ‘18 AIG Women’s Opens at Kingsbarns and Royal Lytham, respectively.

The Renaissance Club has some large American influence within its design. It was built by American Jerry Sarvardi and designed by American architect Tom Doak.

“I think this golf course is a bit different from links golf,” Kang said. “It’s a bit American-style links golf, a little exaggerated here and there. So, that’s the difficult part.

Next week’s AIG Women’s Open will be played at Royal Troon.

With back-to-back victories at the Drive On Championship and the Marathon Classic, Kang has given herself a chance to become just the third American to ascend to world No. 1 since the Rolex Women’s World Rankings were established in 2006. She’s No. 2 behind Jin Young Ko, who has reigned at No. 1 for 67 weeks, the last 55 in a row. 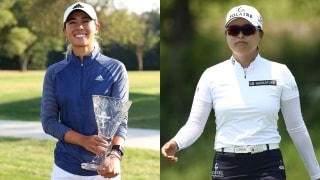 Ko has yet to make an LPGA start this year. She has remained in her homeland to play the Korean LPGA amid the pandemic. Ko isn’t scheduled to play this week’s Ladies Scottish Open or next week’s AIG Women’s Open at Royal Troon, the LPGA’s first major of the year.

Kang is 1.55 average world ranking points behind Ko. She cut Ko’s lead on her in half with the back-to-back victories. Rankings projections are more complicated, with a modified 104-week rolling window in place, which only rolls for an individual player when she makes a start.

Kang also has a chance to become the first player since Ariya Jutanugarn to win three consecutive LPGA starts. Jutanugarn did it in 2016.

“I think all the work I've done over the last few months has paid off,” Kang said. “If anything, it's motivated me more to work on the things I want to get better at.

“I'm really glad to be out here, and I know that it's been very difficult to get us back out to compete. I thank all the sponsors and the LPGA, in order to make that happen. It's a good couple of weeks, and I'm excited for the next few-week stretch.”