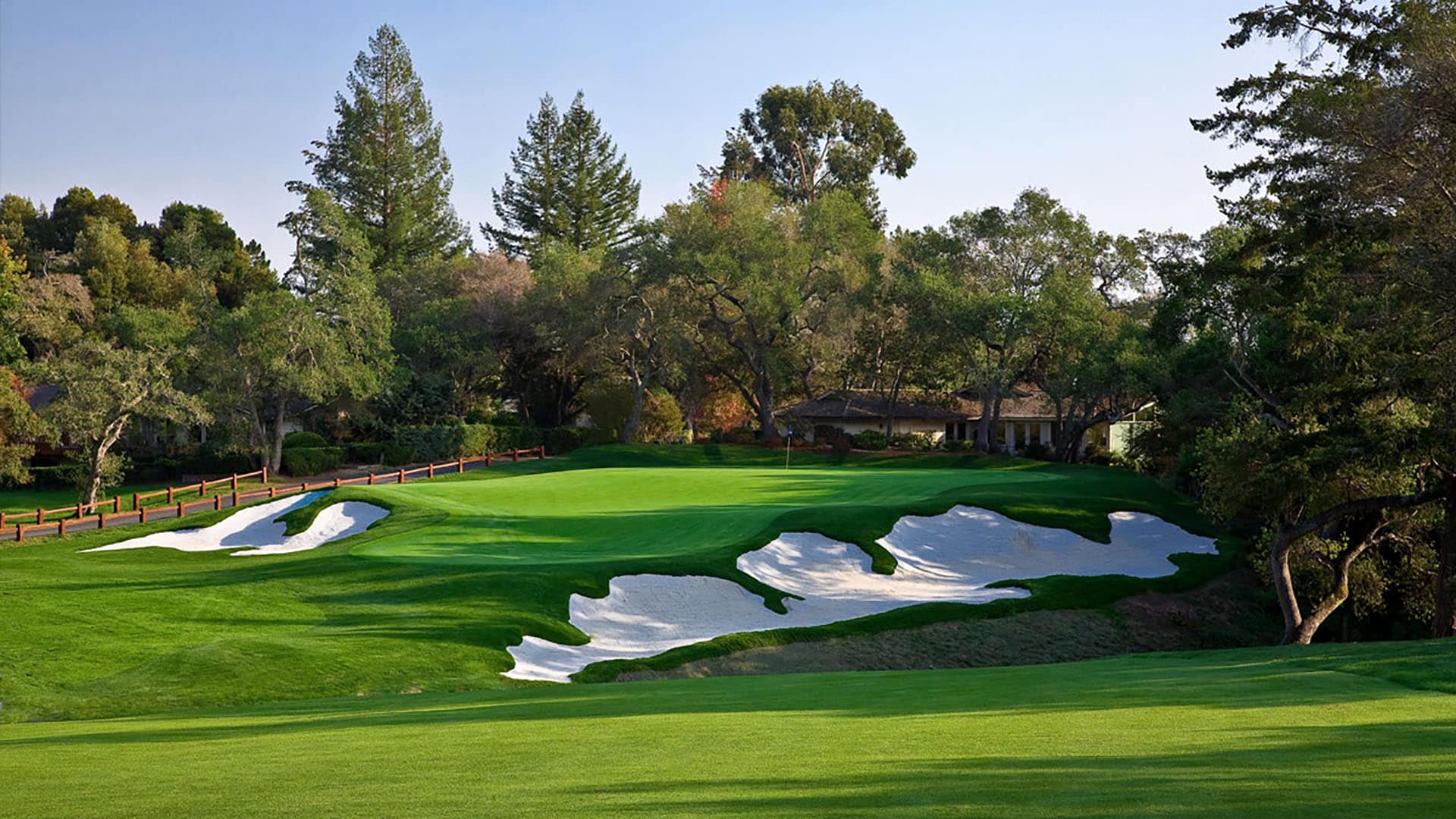 Arron Oberholser can remember the round vividly.

He started the final day of the 1996 Western Intercollegiate trailing Stanford’s Joel Kribel, the 36-hole leader, by five shots. Tiger Woods, who in less than a week’s time would play in his second Masters, was also in the hunt.

Oberholser, then a junior at San Jose State, had gotten off to a slow start, 1 over through five holes at Pasatiempo Golf Club.

“It’s a very easy place to find yourself, on that golf course,” said Oberholser, who responded by hitting driver-driver to 5 feet and making eagle on the par-5 sixth hole.

“And boom, I was right back in it with the whole back nine to play,” said Oberholser, who birdied twice more to turn in 3 under.

Some would argue that there isn’t a better final nine holes in the world than at the Alister MacKenzie-designed Pasatiempo, which opened in 1929, four years before another well-known MacKenzie gem, Augusta National.

For Oberholser, it was certainly one of the best back nines he’s ever put together. He tracked down Kribel and pulled away from Woods with an inward nine that included two more eagles, a 12-foot make on the par-5 13th and hole-out wedge at the par-4 17th.

Oberholser shoot 6-under 64 that day, a performance that was broadcast live as part of interest in Woods.

Now, after 23 years, the Western Intercollegiate is returning to live television.

Golf Channel announced Tuesday a multi-year partnership with Topgolf and Western host San Jose State to televise all three rounds of the storied tournament, which will celebrate its 73rd year this spring as it welcomes 13 Division I men’s golf teams to Santa Cruz, Calif., on April 15-17.

“I’m very happy to see that we’re going to try to reproduce that,” said Oberholser, who now works as an analyst for Golf Channel, “and see if we can get that same excitement coming down the stretch.”

San Jose State head coach John Kennaday has been waiting for this day ever since he took his current job and revitalized the Western back in 2005.

“I’ve had this dream – and I pretty much figured it was just a dream – to get it back on TV because I know what we have, and everyone who’s played in it knows how special it is,” Kennaday said. “But getting the world to realize it, that was always a dream.

“It’s a dream, but it also feels like the right thing to do for the game.”

The first two rounds of the Western will air from 7-10 p.m. Eastern with the final round scheduled for 4-7 p.m.

“I know it’s a huge production. It’s so big. It’s a huge commitment,” said Cal head coach Walter Chun. “But it shows a lot about the character of Golf Channel to be able to invest their resources into giving young men an opportunity to essentially have a dream come true. Every kid wants to be on TV. They’re going to remember this for the rest of their lives.”

Said Stanford coach Conrad Ray, who played on that winning Stanford team at the 1996 Western: “It’s great exposure for the game and it’s such an awesome backdrop. Pasatiempo just holds up so well over time.”

While three top-20 teams – No. 8 USC, No. 15 Pepperdine and No. 17 Cal – and two of the best college golfers in the country – Cal’s Collin Morikawa and USC’s Justin Suh – will tee it up this year, the real star of the Western figures to be the golf course.

Pasatiempo is often overlooked considering its location, not far from courses like Cypress Point, Pebble Beach and Olympic Club. But Pasatiempo is every bit as good – if not better – than those layouts, Oberholser contends. Even MacKenzie himself has called it his best work.

“You have 18 holes that are all unique, and they’re all great and they are all strategically brilliant,” Oberholser said. “The back nine is as special as any in the world, even ending on a par 3.”

Yes, Pasatiempo concludes on a 169-yard par 3, though Oberholser calls it one of the scariest tee shots on the course. He also said that despite its length, just 6,500 yards, Pasatiempo can very much hold its own. It’s a course that demands players first address each hole from the green. It’s all about placement off the tee and creating the right angle for approach into extremely complex greens.

Pasatiempo is certainly different than what college players experience throughout the season. The same can now be said for the tournament, which will give many of these college players their first taste of competing in front of the cameras.

“This is one of the most memorable events of any player’s college career and we’ve always tried to create memories out there,” Kennaday said. “It’s a dream, but it also feels like the right thing to do for the game.”

Golf Channel Partners with San Jose State University and Topgolf to Televise the Western Intercollegiate, One of the Longest Running Events in College Golf