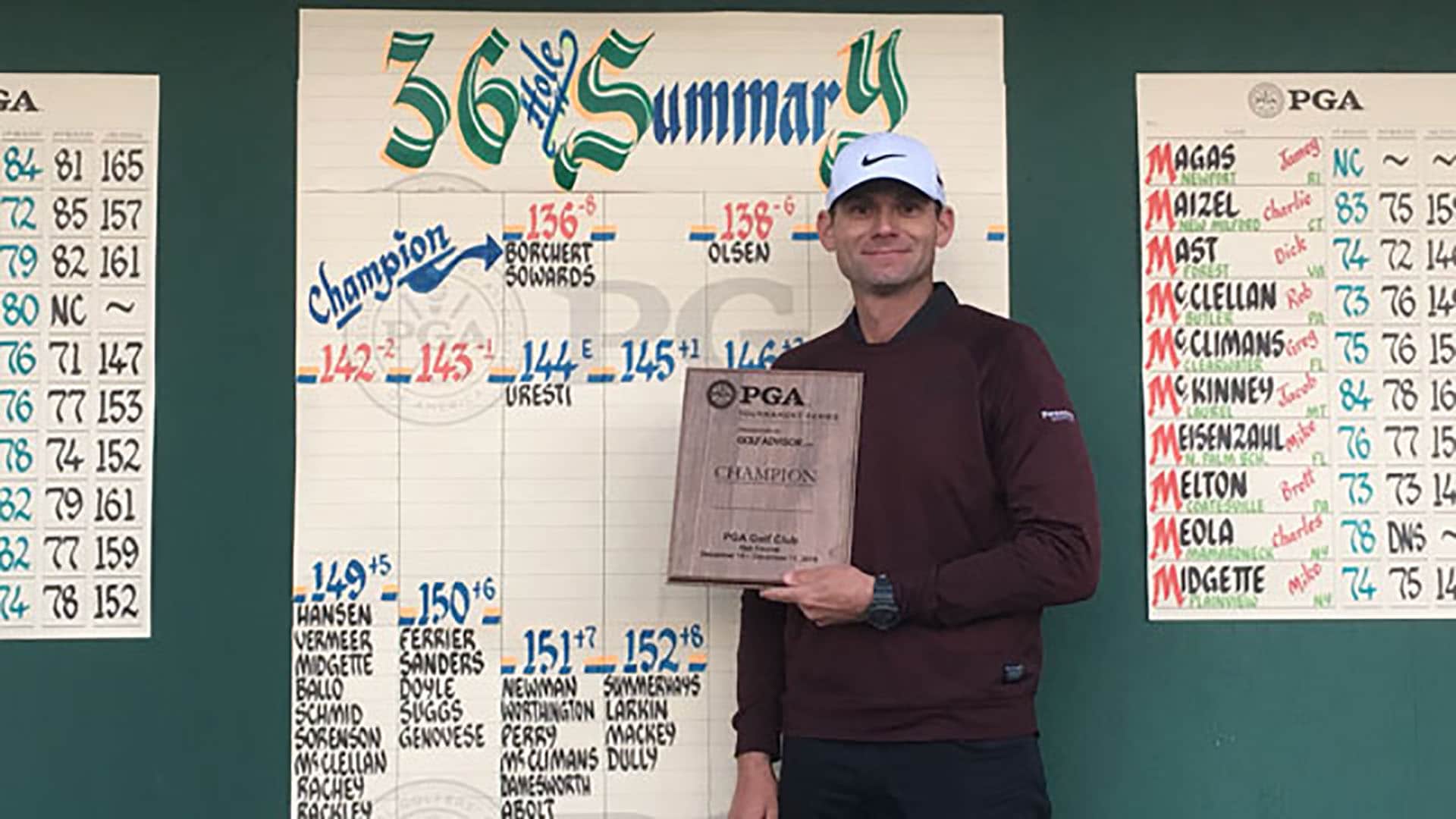 When Matt Borchert arrived at the scoring table after Tuesday's final round of a PGA Tournament Series event at PGA Golf Club's Dye Course in Port St. Lucie, Fla., he thought he had shot 3-under 69 and lost the 36-hole event by a shot.

Luckily for Borchert, math is not his strong suit.

The PGA professional, who works out of Isleworth Golf and Country Club in Windermere, Fla., was pleasantly surprised to find out before signing his scorecard that he actually had carded 68, which forced a playoff with Bob Sowards of Kinsale Golf Club in Powell, Ohio.

“It was too long of a day on the golf course,” Borchert told PGA.com.

The two players, each at 8 under, headed right back out to the course, where Borchert made a 20-foot birdie putt on the first playoff hole to capture the title.