Gracious Jordan Spieth (66) on wild ride back to competitive relevance 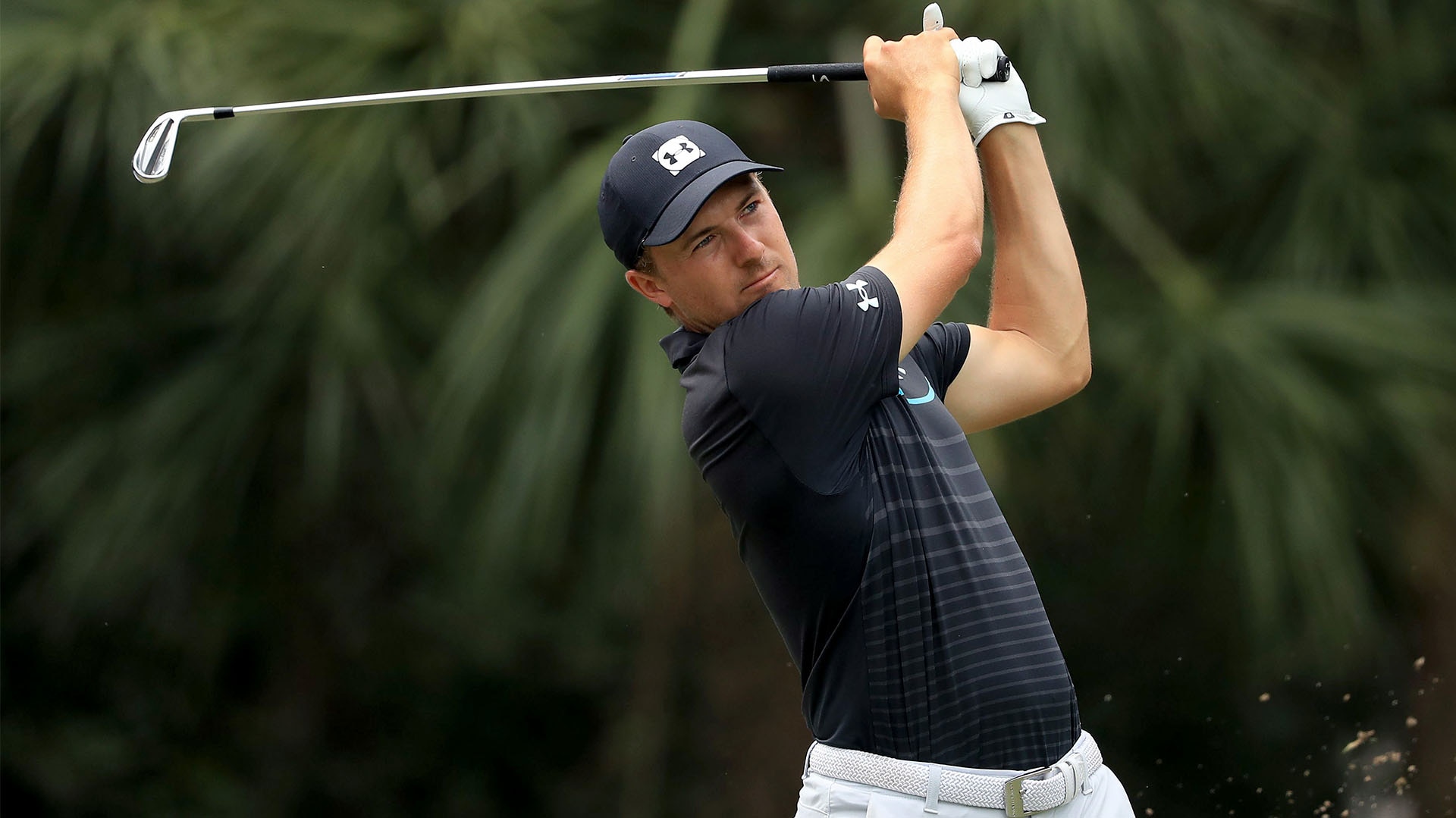 It’s a “fun-sies” game because there is no gambling inside the ropes at PGA Tour events even though outside the ropes is starting to look like the Wild West. Thomas led the group with four birdies. Spieth was second with three which, combined with at least 75 percent of his play last week at Colonial, should have been reason to set out Thursday at the RBC Heritage confidently.

That confidence lasted exactly two holes into his opening round.

At the par-4 12th hole (he started his round on No. 10) Spieth’s drive drifted right, bounced hard off a cart path and ricocheted out of bounds. He signed for a triple-bogey 7. On the next hole, he rolled in a 12-footer for birdie.

The 30-minute snapshot was the perfect metaphor for Spieth’s play over the last few years. Last week at the Charles Schwab Challenge he started with rounds of 65-65-68. He was tied for second place and one stroke off the lead. He was poised to end a victory drought that has now stretched to nearly three years.

Thursday was starting to look like more of the same when he made the turn at 2 over par on a course that was giving up plenty of red numbers. This all looked so familiar with a momentary lapse in competitive judgement costing Spieth dearly, much like last week’s four-putt during the second round.

Maybe Spieth has become immune to it, but even after starting his week 3 over through three holes, there was no panic.

“Today wasn't really a roller coaster. That triple, again, it was a bogey at worst if it doesn't ricochet 25 yards out of bounds,” Spieth said. “Certainly, Sunday last week was [a roller coaster], and that was my first time in that position in right around two years, being anywhere near within three strokes of the lead starting a Sunday. So, I expect that to be not quite sharp yet.”

Whatever gear was missing last Sunday arrived in force on the back nine just four days later. Spieth birdied the second, third, fourth, fifth, sixth and seventh holes to set a career record for consecutive birdies on Tour.

And this wasn’t the standard “Jordan” round that was built on a nonstop parade of lengthy putts. During that six-hole span he rolled in a total of 38 feet of putts. Put another way, it was one of Spieth’s best ball-striking rounds in some time and he was first in the field in approach shots. More importantly, it’s another step in what has become a long journey back to competitive relevance.

Spieth closed another eventful day with a 5-under 66 and an early share of sixth place. It wasn’t perfect, but his rounds rarely are, which is why he’s become one of the game’s most compelling players. We may applaud perfection but imperfect can be so entertaining.

That he’s allowed himself to be less than perfect is also worth noting.

Last week at Colonial, Spieth repeatedly mentioned how he was allowing himself “grace” on the golf course. It may sound simple, but for a player who is famously prone to play mental jousting matches with himself during rounds, it’s an unqualified breakthrough.

“[Caddie Michael Greller] did a great job of reminding me that today when it wasn't going well on my front nine. It's definitely a trigger to get it going,” said Spieth, before pausing to consider another opportunity. “I'm giving myself grace, but that's not to say I'm not expecting to do better and better each week.”

Spieth might have become immune to the wild ride his professional life has become in recent years, but that doesn’t mean he has to like it.