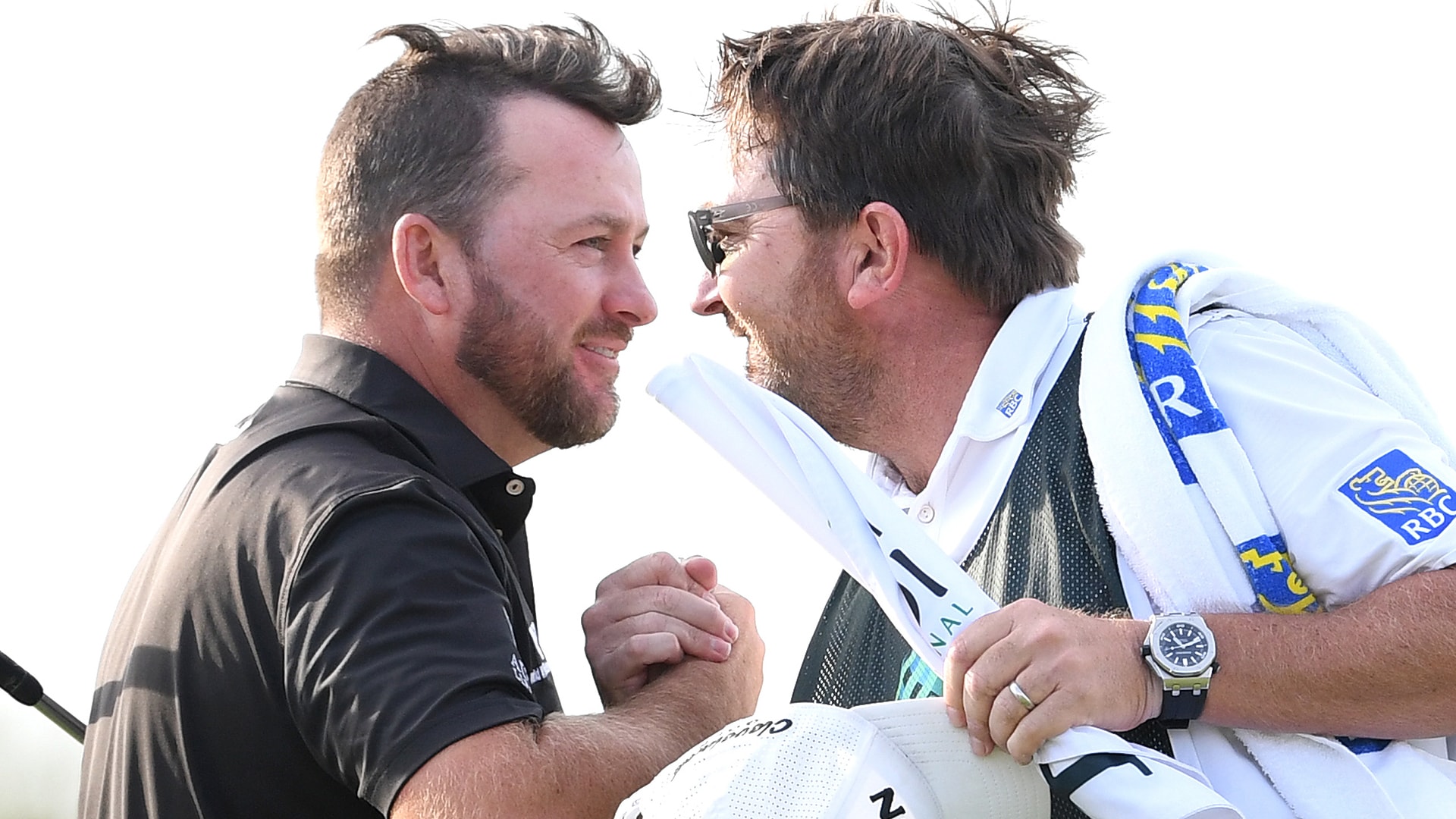 Graeme McDowell won the Saudi International by two shots Sunday at Royal Greens Golf and Country Club. Here's everything you need to know:

What it means: McDowell’s victory snapped a nearly-six-year drought on the European Tour. While the 40-year-old Northern Irishman won on the PGA Tour last season in the Dominican Republic, his last triumph in Europe had been the 2014 French Open. Sunday’s win marked McDowell’s 11th European Tour title and 16th worldwide professional win as McDowell has now won in three different decades on the European Tour. He also figured to jump back inside the world top 50 for the first time since mid-2015.

How it happened: Speaking of France, McDowell’s biggest challenger entering a blustery and tough final round was Victor Dubuisson, the 29-year-old Frenchman who was McDowell’s Ryder Cup teammate in 2014 at Gleneagles (they combined to win two foursomes points for the victorious European team). But while Dubuisson, who is still trying to rediscover the form that saw him crack the top 15 in the world six years ago, drew even with McDowell after McDowell bogeyed the opening hole, he fell apart on the back nine. Dubuisson was just a shot back of McDowell, who played the front nine in even par, when he arrived at the par-4 10th. He bogeyed the hole, and then followed with a double and two more bogeys in the next three holes to end his chances of winning. McDowell, who was just one up on Pieters after a bogey at No. 13, birdied Nos. 14 and 15 and was never challenged after that as he shot even-par 70 and ended up a couple shots clear of runner-up Johnson, who closed in 67, a final round that included an eagle on the par-5 18th.

Round of the day: Thanks to five back-nine birdies, Pablo Larrazabal shot 6-under 64 to finish T-13 with Martin Kaymer, Shane Lowry and Ashun Wu.

Best of the rest: The first page of the final leaderboard was filled with big names. In addition to McDowell and Johnson, Pieters and Mickelson each also cracked the top 5. Pieters carded seven birdies while shooting 65 to finish at 9 under alongside Mickelson, who birdied three of his first four holes, shot 67 and recorded his best finish since winning at Pebble Beach nearly a year ago. Sergio Garcia (66) now has three top-10s in his last five starts after tying for sixth with Ross Fisher, Abe Ancer, Thomas Detry and Dubuisson.

Biggest disappointment: Dubuisson should improve on his No. 478 ranking in the Official World Golf Ranking, but he certainly could’ve done more Sunday. He failed to take advantage of McDowell’s slow start on the front and then completely collapsed on the back. Still, for a guy that missed 32 weeks in 2018 while recovering from ear surgery, Dubuisson has reason to celebrate; his T-6 finish was his first top-10 since he placed solo third at the 2017 Nedbank Golf Challenge.

Shots of the day: Dubuisson's hybrid out of the thick rough to set up birdie at the sixth was mighty impressive.

But so was this par save by Green.

Quote of the day: "The game of golf is in such great shape, so many great players in the world, it’s so exciting to be a top player in the world, and I want to be back up there again. I’ve got young kids at home, and I want them to see me out there, you know, I want to show them that dad’s tough and dad can do it. I don’t wanna have to pull up YouTube videos." – McDowell