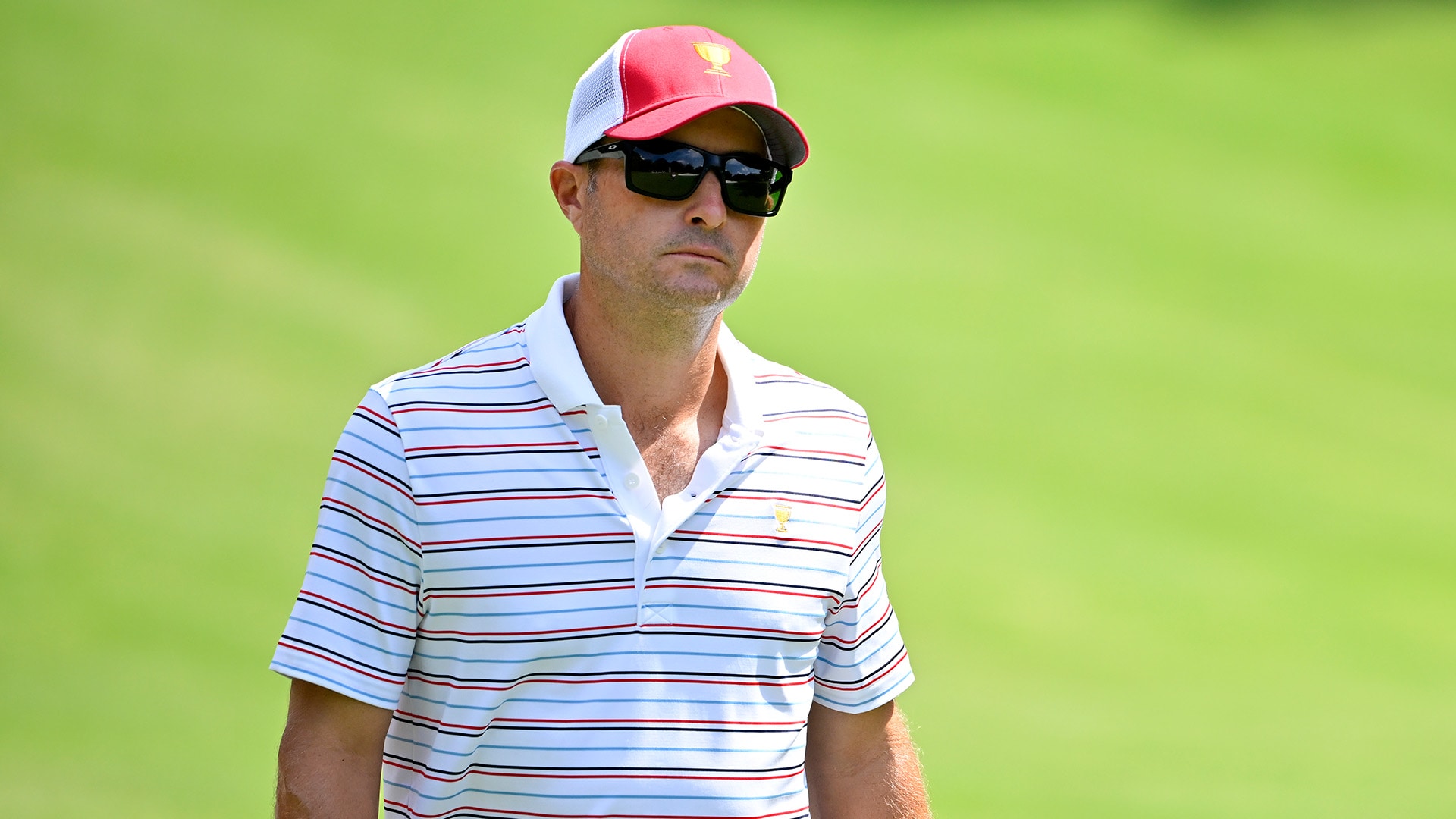 If you go off points, Kevin Kisner was the final captain’s pick onto this U.S. Presidents Cup team. And at No. 15 in the final standings and just 12 coveted roster spots, getting a call from American captain Davis Love III was no sure thing.

“I actually reached out to Davis and asked him if I need to practice or not during the Tour Championship because I was probably going to hang them (the clubs) up for a while,” Kisner explained.

Love told Kisner to “stay sharp.” He wouldn’t, however, fill him in on his plans to fill out his squad.

“We talked about every day that week, and then Sunday he kept calling me and then not saying anything, and I thought that was pretty odd,” Kisner continued. “Finally, he called me, and he was like, ‘All right, I can't stand it anymore. You're on the team.’ … I don't know if he was waiting on the Tour Championship to be over, or I don't know what his thing was.”

Kisner, who hasn’t made a Cup team since his Presidents Cup debut in 2017, is the elder statesman for the Americans this week. At age 38, he’s three years older than Billy Horschel and six older than the next oldest, Tony Finau.

And you can bet he’s hearing about it from his teammates.

“They are relentless on that,” Kisner said.

Case in point: To kick off his interview time on Tuesday, Jordan Spieth was introduced as the U.S. team’s veteran leader, to which Spieth jumped on as low-hanging fruit.

“I guess technically on this team,” Spieth replied, “but we're giving that title to Kiz just because of age.”

Finau got his joke in on Wednesday: “He's definitely the grandpa of the group.”

Even rookie Cameron Young has gotten in on the jabs: “Kevin's doing a lot of talking.”

“Everybody here is a frickin' bomber, so they all laugh at that,” adds Kisner, who is, to put it nicely, not the longest guy here.

For the record, Kisner ranked No. 171 on Tour last season with an average driving distance of 290.4 yards. His closest American competition is Horschel, who is No. 116 at 297.3 yards, and he’s just over 3 yards longer than assistant captain Zach Johnson.

“It's going to be what it is,” Kisner said. “I'm going to dink it down the fairway and hopefully make a lot of putts to piss people off.”

And that, in a nutshell, is why Kisner got the call this week. 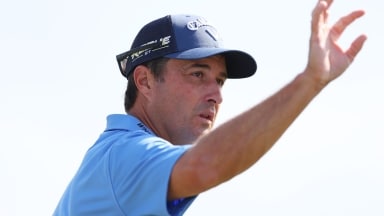 Kevin Kisner made the week’s first hole in one Saturday during the third round of the Hero World Challenge at the 189-yard 12th.

Kisner brushes off Prez Cup hate mail sent to him

Kevin Kisner notched only a half-point for the U.S. at Quail Hollow and some personally gave him a piece of their minds.