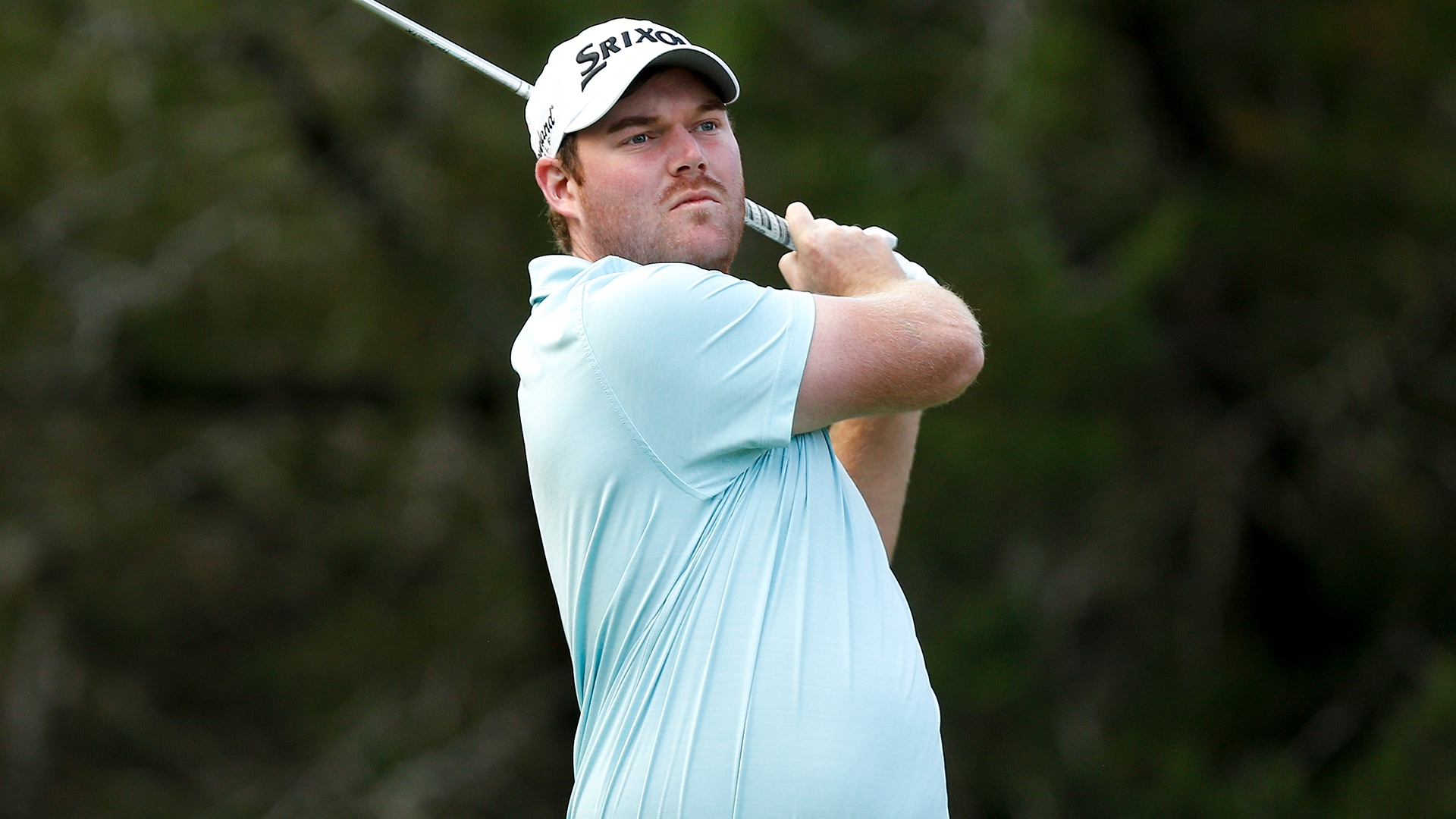 Amid a feast-or-famine season, Grayson Murray appears poised for another meal at the Valero Texas Open.

Murray battled windy conditions during the opening round at TPC San Antonio, carding seven birdies against a double bogey to start with a 67. At 5 under, he held a one-shot lead over Chesson Hadley at the end of the morning wave. At the end of the round, four other players had joined Hadley at 68: Keegan Bradley, Ryan Moore, Billy Horschel and Matt Atkins.

There has been no middle ground for Murray this year, as each of his nine starts in full-field events have yielded either a top-15 finish or a result outside the top 70. That includes his two most recent starts, where he finished T-14 at the Houston Open despite putting "terribly" and then missed the cut last week at the RBC Heritage.

But Murray spent time on the range early this week to iron out a swing flaw, and the results were quickly evident during his opening round.

"When I get off, it's never far off but it seems like I'm always searching for something, and then I start compensating and then I create a new bad habit," Murray told reporters. "Ball-striking for me gives me confidence with every other club in my bag when it comes to putting or chipping or anything. I know if I hit it well, those parts of the game are going to be good, too."

Murray made more headlines for his words than his game for much of his rookie season, but a breakthrough win at the opposite-field Barbasol Championship in July solidified his playing status for the next two years. With swirling winds reaching 25 mph during his round, Murray was pleased to have found 13 of 18 greens in regulation and capitalize on several of his birdie chances.

"The wind bothers me when I'm hitting it like I did last week, when I'm not compressing the ball. That's just the bottom line," Murray said. "But once you start swinging it well, like hitting it into the wind really shows you how you are hitting the golf ball because it's only going to maximize your dispersion. So if you hit a 5-yard cut, it's going to be probably a 10-yard cut into the wind. That tells you when you're hitting it good."