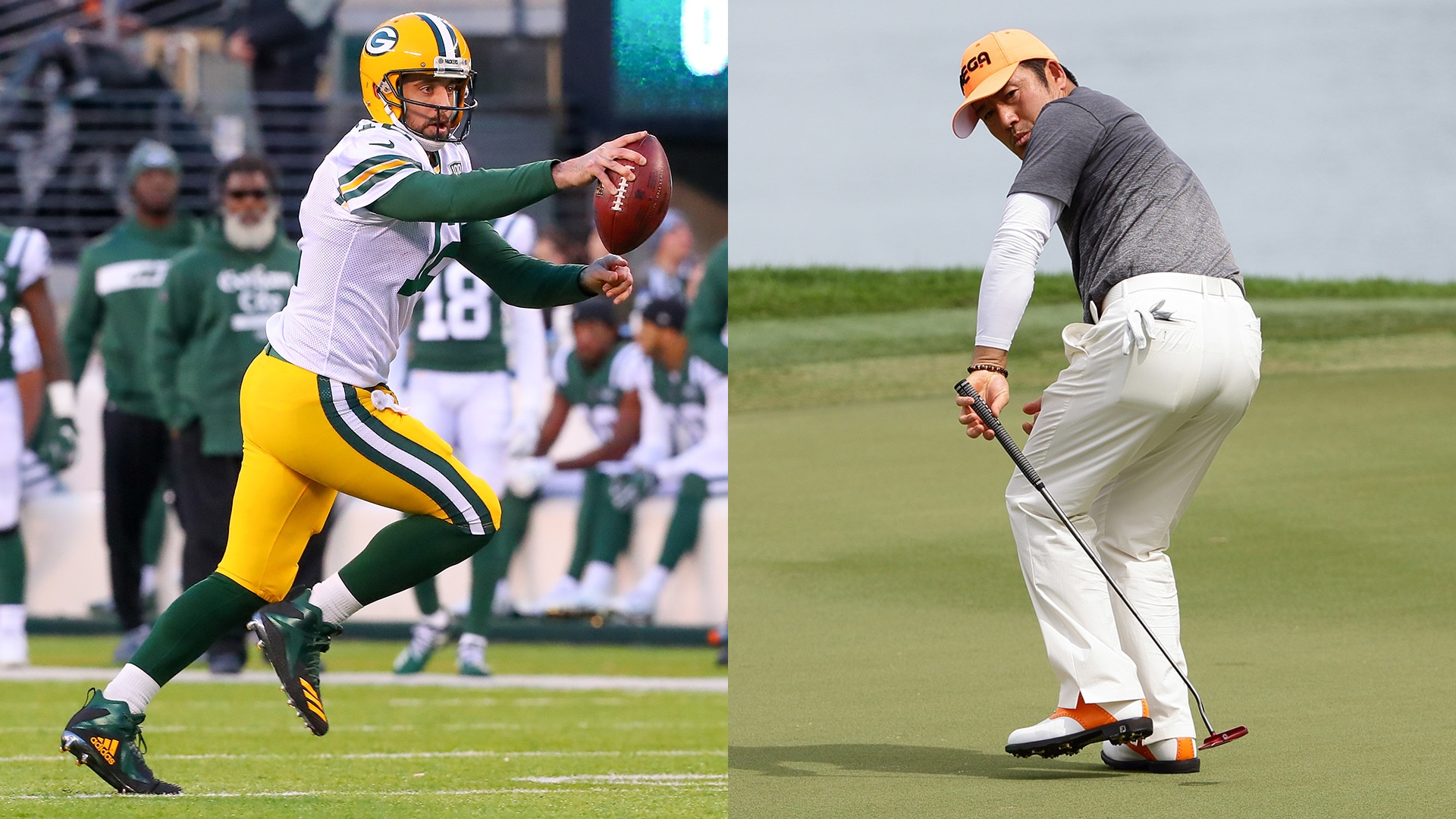 So did Jerry Kelly.

In fact, Rodgers’ excitement for playing with Hosung Choi at the AT&T Pebble Beach Pro-Am this week is as much about Kelly as it is Choi.

Rodgers said Choi’s lively body English reminds him of Kelly, his playing partner again this year in the event. When Rodgers saw videos of Choi, he thought of Kelly.

“I had never seen anyone go through more gyrations after hitting a golf shot than Jerry Kelly,” Rodgers said as he set up on the practice range Wednesday at Pebble Beach Golf Links.

Rodgers said he can’t wait to watch Kelly and Choi do their thing together this week. Rodgers wasn’t alone lobbying for this pairing. Kelly actually got it started with a tweet late last year after he saw highlights of Choi winning the Japan Tour’s Casio Open with that eccentric “fisherman” swing.

“I tweeted out, 'My long lost brother,’” Kelly said.

Rodgers picked up on that, starting a campaign to be grouped with Choi. A day after it was announced that Choi received a sponsor’s exemption, Rodgers tweeted out his wishes.

Kelly and Rodgers are sharing a house on the Monterey Peninsula this week. They knew before everyone else that they would be paired with Choi, with actor Chris O’Donnell joining the foursome as Choi’s playing partner.

Choi was asked Tuesday if he knew who Rodgers was.

“I know that he is the greatest football player in the U.S., and I'm honored that he said that he wanted to play golf with me,” Choi said.

“I’m really excited,” Rodgers said. “I love this week, getting to hang out with Jerry. He’s a blast. My caddie’s a best friend I’ve known for years. Jerry’s caddie is close friend now.”

And it appears Choi is about to become a pal, too.