Handing out major grades: From A+ to F 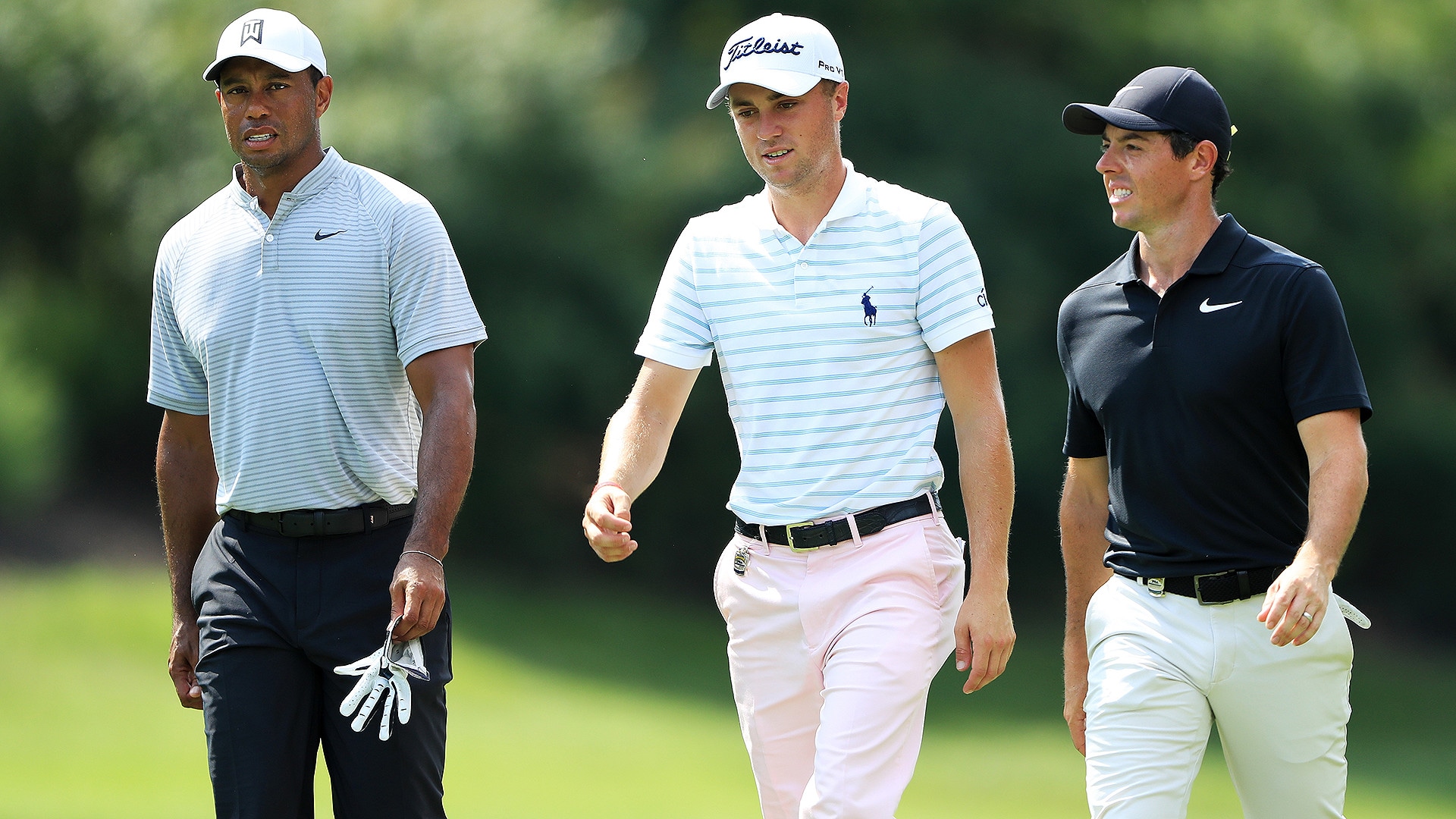 The Masters is 237 days away, which means these definitive major grades will hang on players like a scarlet letter for nearly eight months.

Brooks Koepka, obviously, gets an A+. He won two majors, and became just the fourth player to take the U.S. Open and PGA in the same season, and did all of this while overcoming a career-threatening wrist injury at the beginning of the year. Very impressive.

Patrick Reed and Francesco Molinari – you passed with flying colors, too. Reed showed that he can access his best stuff in an event other than the Ryder Cup, while Molinari’s three-month heater culminated with him surviving a wild final day at Carnoustie to hoist the claret jug. Welcome to the major club, gents.

As for everybody else? Hey, you’ve now got plenty of time to recover, reassess and round into form in hopes of improved marks in ’19.

Why: Sure, a few shots from his major season will linger for years – his too-cute pitch shot on Carnoustie’s 11th hole and his sliced drive on Bellerive’s 17th immediately come to mind – but let’s not forget how far we’ve come: Two years ago, Woods could barely walk because of debilitating back pain; at this time last year, he’d just exited a treatment facility for overusing his pain/sleep medications, following an embarrassing DUI arrest. Now, he’s top 30 in the world, with a pair of top-6s in the majors and undoubtedly the most stirring final round of the year, in any event, with his career-best Sunday 64 at the PGA. If you still think that Tiger doesn’t have what it takes to win another major, you’ve lost touch with reality.

Why: He was one of only two players (Webb Simpson) who finished top 20 in all four majors, and he’ll probably look back at 2018 as a year in which he easily could have bagged a second title. At the U.S. Open he was only one shot off the lead after 54 holes but stumbled on the final day. A month later, he tied for second at The Open, but only after a weekend rally once he made the cut on the number. Across all four majors he had the best cumulative score to par of any player (12 under). This was a what-could-have-been year.

Why: His 65-67 finish at the Masters left him one shot back of Reed, but it felt like the final obstacle had been cleared. Nothing was stopping Fowler now – he proved he could go low when it counted. Except then he imploded with an 84 in the third round of the U.S. Open and shot over par in both weekend rounds at The Open, before again getting into the mix at the PGA. Alas, battling an oblique strain, he regressed each round after an opening 65 and tied for 12th. Maybe next year …

Why: Give him credit: He played better in the majors than he did the rest of the season. He shot an electric 64 on the final day at the Masters (though he’ll rue his tee shot on the 72nd hole) and grabbed a share of the 54-hole lead at The Open, despite not having his best stuff. That he shot a birdieless 76 on the final day was more a product of his form this year than succumbing to major pressure. Like Kopeka, he’s figured out how to perform when the lights are the brightest.

Why: With the completeness of his game, it’s a little surprising that he hasn’t given himself better chances to break through. But he’s still only 23, and the chances will come in bunches before long. His fourth-place showings at the Masters and the PGA are steps in the right direction. 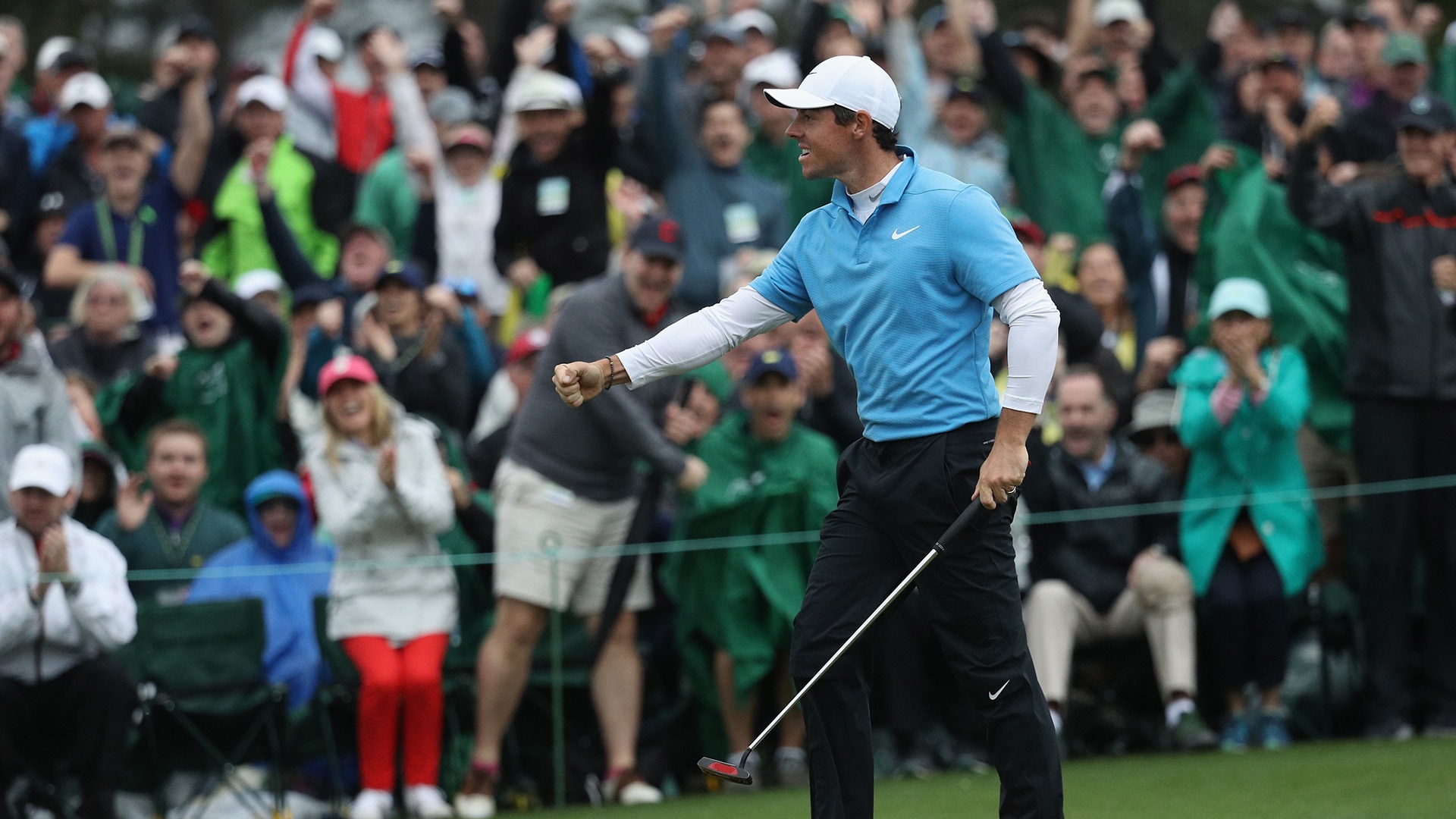 Why: Asked Sunday how he’ll remember the major season, McIlroy replied bluntly: “Probably won’t. I don’t think there was anything all that memorable about it.” Of course, we’ll remember plenty, such as when he played his way into the final group at Augusta, only to fade over the course of the day, thus squandering another shot at capturing the career Grand Slam. And we’ll remember his tie for second at Carnoustie, where he eagled the 14th hole but then, with a chance to apply pressure on Molinari, couldn’t hit a wedge within 20 feet on the 18th green. He’s fallen into bad habits with that majestic swing, but there are holes in McIlroy’s game that need filling – holes that some of the other top players don’t have. And until he refines his wedge play and putting, that majorless drought (now four years and counting) will continue.

Why: No one has been better than Thomas over the past two seasons, but he’s likely frustrated by his major performance in 2018 – three top-25s, but only one realistic chance to win. Four shots off the lead heading into Sunday at the PGA, he had erased his deficit midway through the front nine but made critical mistakes on Nos. 14 and 16 to dash his hopes of defending his title. Of all the big-name players, he’s probably the best bet for a major rebound in 2019.

Why: This has been a resurgent season for Day, with a pair of wins, but he didn’t bring it in the year’s biggest events. It’ll look good on paper, with three top-20s, but the only time he had a chance to win was the PGA, and he was one of the few to back up on the final day, carding a 1-over 71 when he sat just four shots off the lead.

Why: The floodgates were supposed to open after the 2016 U.S. Open, and it just hasn’t happened. Yet. He top-tenned at the Masters but was a non-factor, then jumped out to a four-shot lead halfway through the U.S. Open. He couldn’t make a putt during a Saturday 77, then got worked on the final day, head to head, against Koepka. He backed it up with a missed cut at The Open (where he blamed a lack of focus) and finished outside the top 25 at the PGA at a soft, straightforward course that suited plenty of other bombers. He can – and should – fare better.

Why: His series of lowlights at the U.S. Open – where he bizarrely whacked a moving ball on the green and then staunchly defended his actions – underscored that his window is all but closed at the majors. His major results since getting demoralized by Henrik Stenson at the 2016 Open: T33-T22-MC-MC-T36-T48-T24-MC. ’Nuff said.

Why: No doubt, marriage and fatherhood are massive adjustments for everyone, but he’s missed the cut in his last five majors (and didn’t break par in any major round this year), plummeted down the world rankings (to 25th!) and put European Ryder Cup captain Thomas Bjorn in a difficult position of deciding whether to burn a pick on the slumping Spaniard. Memories of that breakthrough Masters victory are already drifting further and further away.