Green leads A. Jutanugarn by 1 at KPMG Women's PGA Championship 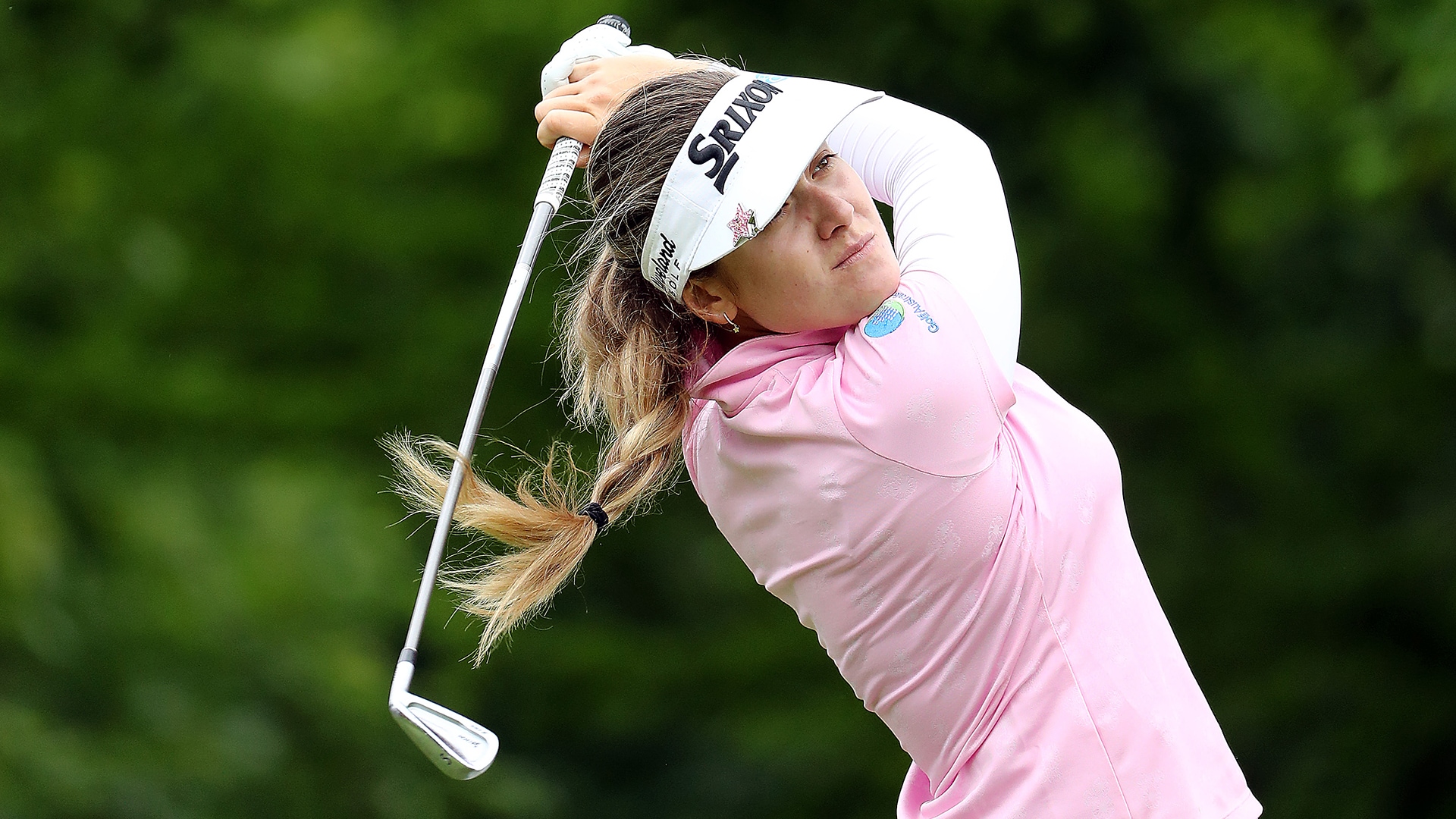 CHASKA, Minn. – Hannah Green made it through her first taste of the big stage on the LPGA Tour by holding a lead on the weekend at a major championship and playing alongside powerful Ariya Jutanugarn, a two-time major champion and former No. 1 in the world.

She made it through just fine. She only wishes the one-shot lead could have been a little bigger.

Green matched pars and birdies with Jutanugarn for seven straight holes and was on the verge of building a four-shot lead when she stood over a 6-foot birdie putt on the 16th hole. She missed the putt, and two holes later she walked off Hazeltine National with a 2-under 70 and a one-shot lead in the KPGA Women's PGA Championship.

Jutanugarn birdied the 17th and Green three-putted from long range on the 18th for a bogey.

"Pretty disappointing to end with a three-putt. That's my first one all week," Green said. "Even the putt on 16, that could have been a big two-shot swing, as well. Overall, I think I have to be really happy playing with Ariya for the first time and trying to keep up with her. You want to hit it as hard and far as she does."

Jutanugarn had six birdies in her round of 68, which was slowed by a bogey from the water on the 16th when she tried to drive the green from a forward tee.

But she had no worries.

She loved playing with the 22-year-old Australian, and she felt good about her chances, mainly because she wasn't thinking about them at all. Jutanugarn, who swept all the big awards last year on the LPGA Tour, has yet to win this year and has shown no sense of urgency.

"I'm really happy about how I play last three days because like I feel so free," she said. "I'm not thinking about outcome. I feel I have my own game. I just go out and want to feel free. I want to have good commitment, fight and I keep doing that until last hole and I did every shot I can today."

For so much of the third round, it felt like match play because no one else was within five shots of the lead. It might have looked like a mismatch. Green, a three-time winner on the Symetra Tour in 2017, is in her second full year on the LPGA Tour. Jutanugarn, a 23-year-old Thai and among the most powerful players in the game, already has 10 victories and two majors.

"I can't put any pressure on her. She make every putt," Jutanugarn said with a broad smile. "I made birdie, she made birdie. I hit closer, she made longer putt and I missed the short putt. So much fun. Really enjoyed the way she played. I love how she played golf."

Now they might have company for the final round.

Lizette Salas (68) and Nelly Korda (69) were four shots behind at 5-under 211. Another shot back was Sei Young Kim, who had the low score of the round at 67, and defending champion Sung Hyun Park (71). Still in the game was Inbee Park (69) at six shots behind. Park won the last LPGA major in Minnesota at Interlachen for the 2008 U.S. Women's Open, her first major in a Hall of Fame career.

Green only felt the nerves when she had time to think, such as the long wait on the 15th and 16th tees. And when she missed the putts on the 16th for 18th holes, she wondered if it was nerves creeping in.

Green is staying this week with Karrie Webb, Australia's most prolific major champion. Webb missed the cut but has stayed around with two amateurs who won her scholarship program, and she has been telling Green to embrace the moment.

"She just tells me ... you need to take it while you can," Green said. "And I know, yes, I have thought about the outcome tomorrow come the 18th hole. I think I just need to keep my cool and just have fun out there and embrace it. If it does come to me winning, I want to make sure I remember and have fun. I don't want to be miserable during the round."

It figures to be a slow round Sunday. Overnight rain was in the forecast, so the final round will be played in threesomes off both tees instead of twosomes starting before 7 a.m., when the rain was still likely.