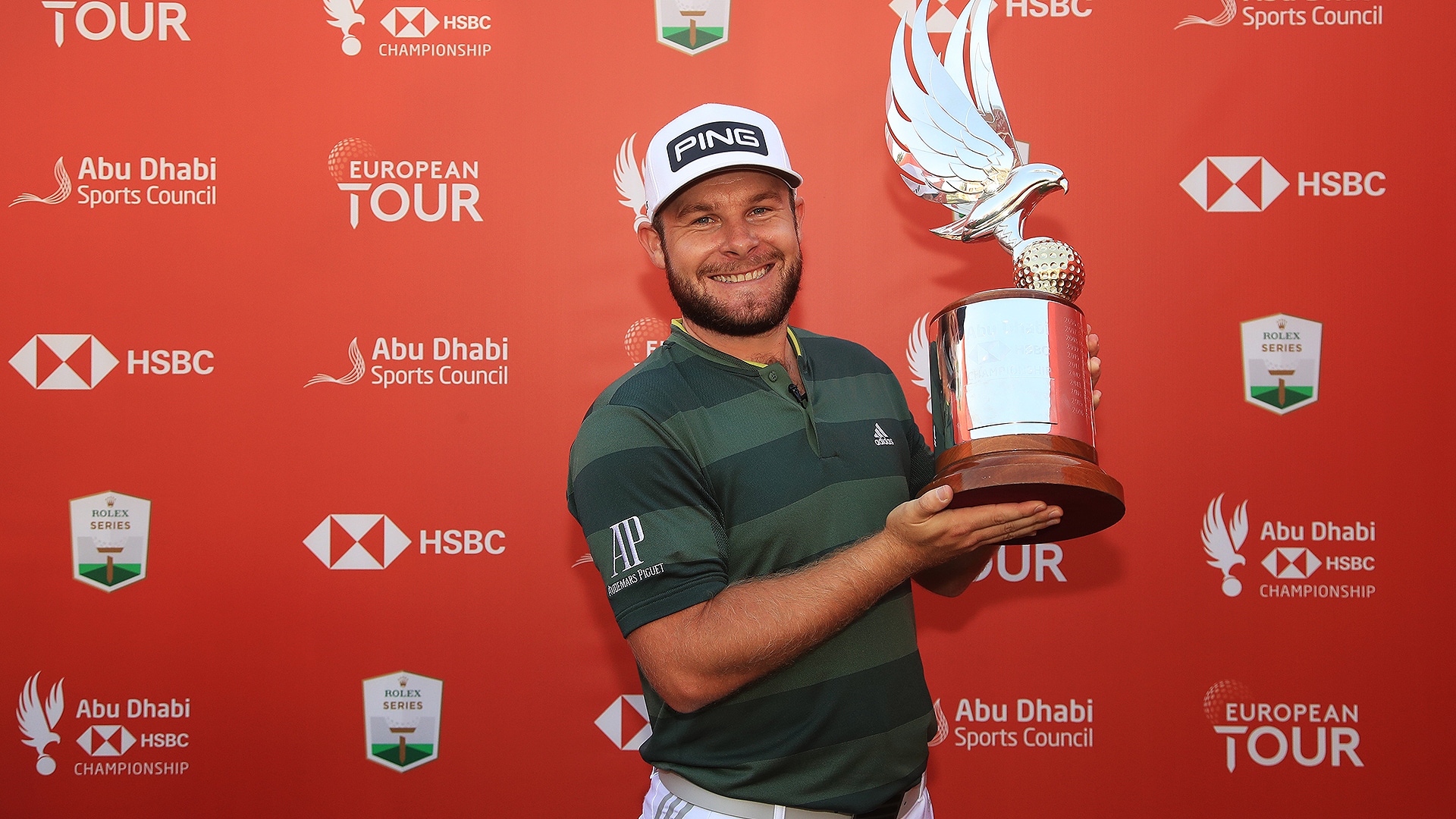 ABU DHABI, United Arab Emirates – Englishman Tyrrell Hatton shot a sparkling 6-under-par 66 in the final round on Sunday to win the season-opening Abu Dhabi Championship by four strokes after overnight leader Rory McIlroy faded with an uninspired even-par 72 to drop into third.

Hatton finished at 18 under par and secured a sixth European Tour title, a victory that will go a long way towards securing a second Ryder Cup appearance in September.

Australia's Jason Scrivener recorded an eagle and five birdies in a back nine 29 to claim second place on 14 under, with McIlroy a shot further back following a disappointing final round.

"I'm thrilled, to be honest,'' said Hatton. ''Even knocking the putt in on 18, it doesn't seem like I've won the tournament. Obviously it's amazing. I've always loved starting my season here in Abu Dhabi, and to now add my name on that trophy with so many great champions before me is a huge honor.''

McIlroy held a one-shot advantage at the start on Sunday and doubled his lead thanks to birdies on the second and third, but three-putted the fourth and also dropped a shot on the par-5 eighth following a poor drive.

Playing competitor Hatton matched McIlroy's birdie on the second and also picked up shots on the seventh and ninth to reach the turn with a two-shot lead.

McIlroy looked certain to close the gap when he found the par-5 10th in two, inches closer to the hole than Hatton was in three, but Hatton holed from 35 feet for an unlikely birdie and McIlroy two-putted for his.

''I thought I was in good position on [No.] 10 and Tyrrell was outside of me, makes that putt for birdie, and then I can't make mine for eagle and that was a huge sort of momentum-keeper for him,'' said McIlroy. ''Then I bogeyed the next and after that, it was sort of hard to get back into it.''

A bogey on the 11th dropped McIlroy further off the pace and Hatton made certain of victory with birdies on the 13th and 16th holes.

McIlroy now has four second-place finishes, four thirds and a fifth in his last 10 starts in Abu Dhabi, but will be disappointed at failing to claim his first win since November 2019, especially after starting with a superb 64.

''I don't feel like I played great this week, felt like I was managing my game a bit. Nice to get a competitive week under my belt and see where my game is at and what I need to do to keep on improving,'' added McIlroy.

The Abu Dhabi Championship begins a run of three events in the Gulf swing – the Dubai Desert Classic and the Saudi International come next.