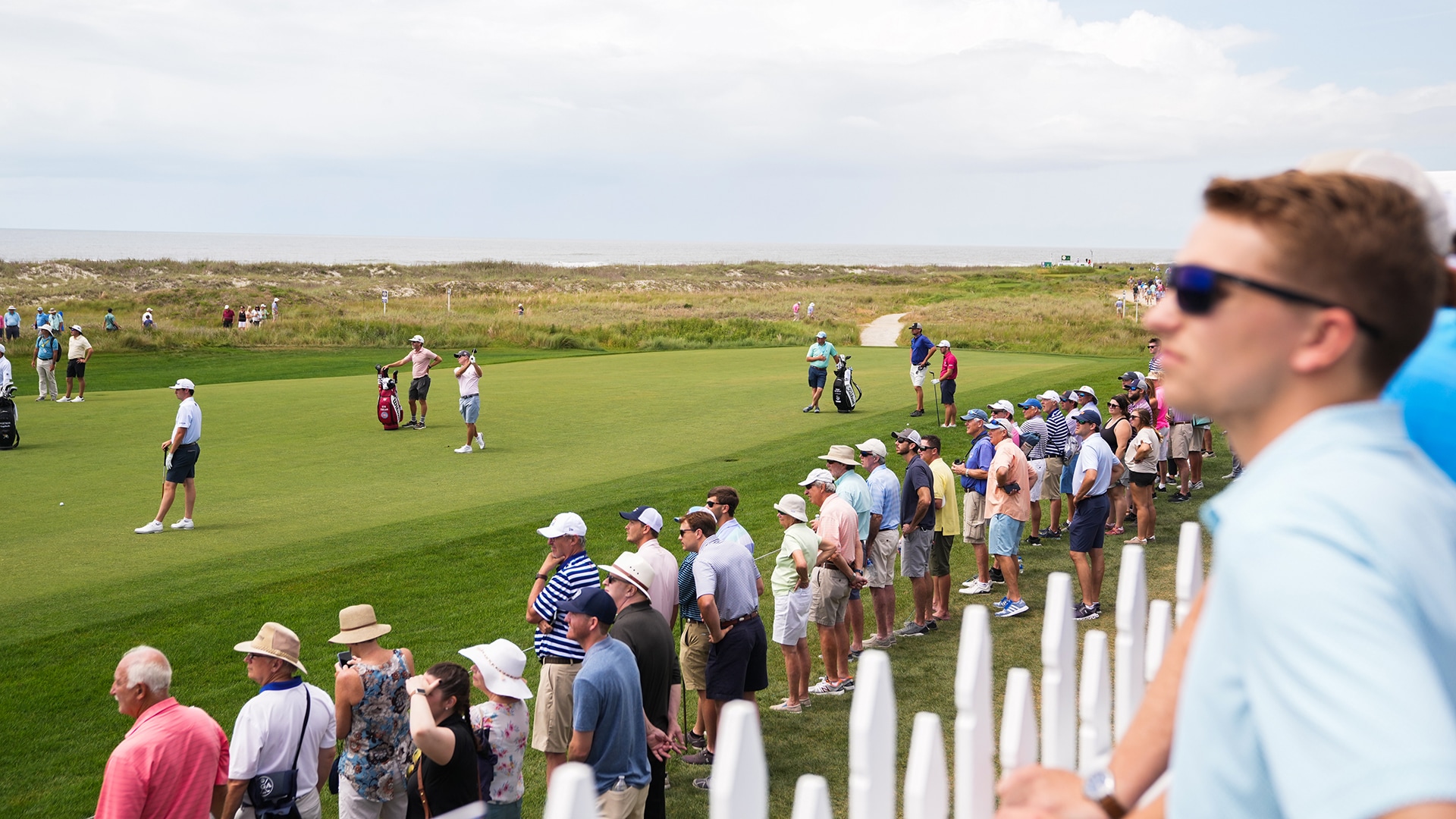 KIAWAH ISLAND, S.C. – A left miss off the tee on the 18th hole wasn’t harshly penalized on Thursday.

It may have even be rewarded.

With the tee moved up a box on the par-4 finishing hole at Kiawah Island, players who tugged their tee shots left had the benefit of using a grandstand that was erected just 10 to 15 yards off the edge of the fairway. In fact, it seemed a smart bailout considering the trouble that loomed right – a sandy area and tall, wispy grass that could lead to a big number.

Tied for the early PGA Championship lead heading to the last, Keegan Bradley launched his tee shot down the left side. He got free relief from the temporary movable obstruction and took a drop on the trampled-down rough with a clear angle to the green. He got up-and-down for par to polish off a 3-under 69.

“It’s definitely comforting that it’s there,” Bradley said of the grandstand. “The right side of the hole, the bunkers are so dead over there. I wasn’t trying to hit it in there by any means, but definitely from that up tee, it’s in play. I feel bad for all those people up there. They’d better have their hard hats on today. They’re going to be firing them in there all day.”

The tee was moved up to 474 yards with the wind directly into the players’ face. The hole can play as long as 505 yards.

Tied with Bradley for the early lead was Brooks Koepka, who also ricocheted his tee shot off the grandstand and was able to make par. Several other players went that route, too, with varying levels of success. Sebastian Munoz's tee ball even found a trash can.

“I don’t think from the back tee it’s in play at all,” Bradley said, “but from that up tee – the PGA of America does a great job of setting up the courses, and they did that today.”