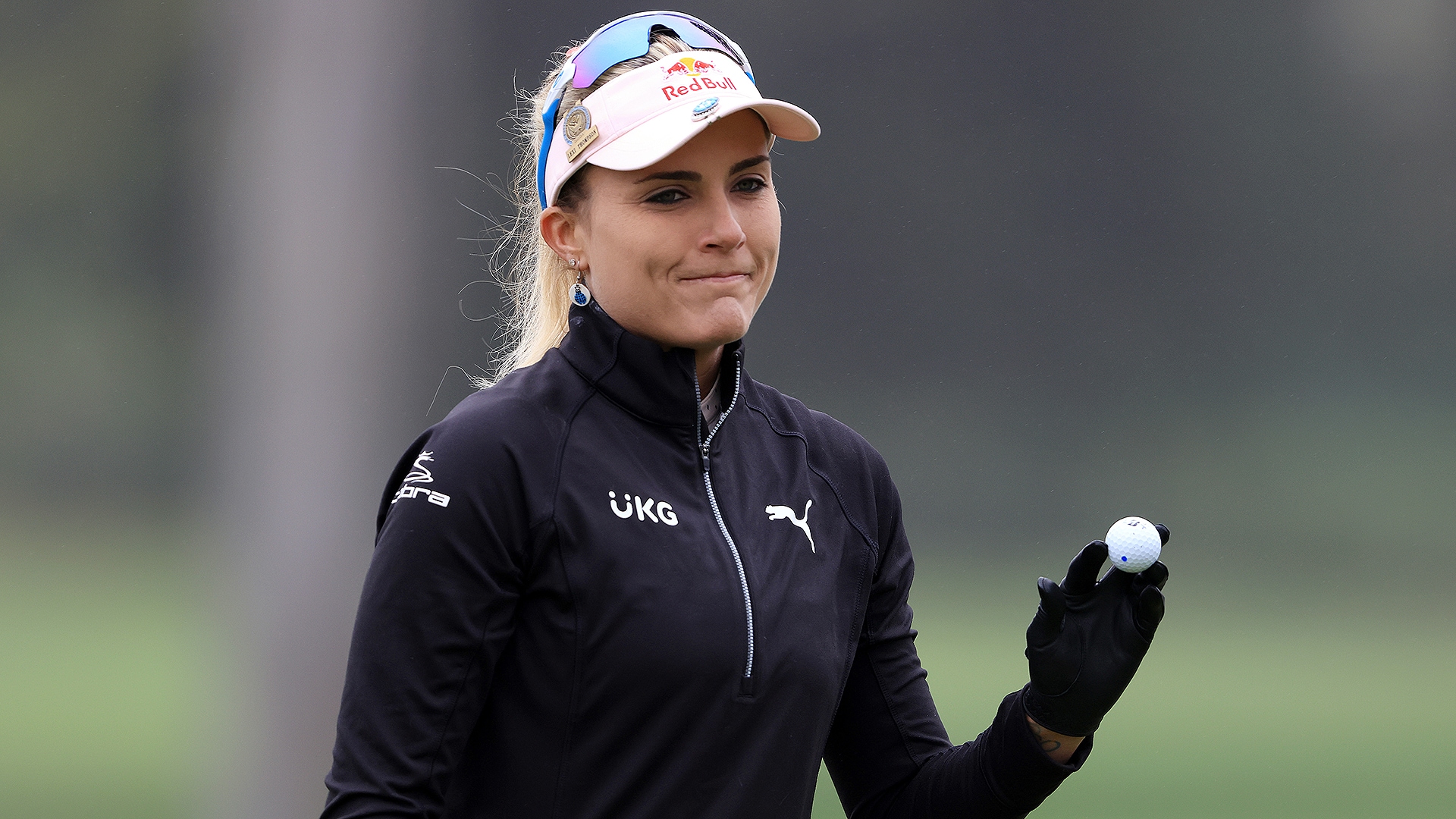 SAN FRANCISCO - Lexi Thompson is working hard on her game.

That has been the common refrain echoed by the 26-year old throughout the season, as she’s ratcheted up her sessions with instructor Martin Hall, tried to overhaul her putting and improve her mental game. The rededication to her game comes on the heels of a 2020 season that saw her go without a victory on the LPGA Tour for the first time since 2012.

Friday, Thompson showed signs of that hard work yielding dividends as she jumped out to the early lead on Day 2 of the U.S. Women’s Open. Thompson began on the back nine and faded on her inward half with back-to-back bogeys at the fourth and fifth holes to finish with a 71 and at 2 under par for the championship.

“I've been just working extremely hard, but that's what it takes to be up top, so I just have to keep on improving,” Thompson said Friday.

As a young girl, Thompson was instilled with a drive to be better, to constantly seek ways to improve. Growing up with two older brothers, both of whom also play golf, pushed Thompson to excel at a higher level. While that drive has been positive in pushing Thompson to the top of the women’s game, it’s also taken its toll.

“'I’ve always been one to be very hard on myself,” Thompson explained. “That's how I always wanted to be better, and I never accepted mediocre.”

That goes for Thompson’s mental game, too.

Thursday, Thompson said she's trying to enjoy the game more, that golf is not a matter of life and death. She’s trying to maintain that mindset on a major championship test, to take the highs and lows that come with the game less seriously. That change was a result of her work with John Denney, a performance coach who Thompson also worked with earlier in her career.

“I wasn't improving with my mindset on the golf course so I knew I had to change, and this week I've just had a lot of fun,” Thompson said. “I've made bogeys and I just let it go because it's going to happen, and just trying to have fun with my caddie out there.”

With 36-holes to go, Thompson is well poised to have a run at capturing a second major championship, which has eluded her since her win at the ANA Inspiration in 2014. She’s been hard at work trying to add another major championship to her resume. She skipped the Bank of Hope LPGA Match Play, which was staged the week before the U.S. Women’s Open, to work on her game. She says she’s made progress with her ball-striking but still feels like there is room for improvement with her short game.

“It's up and down; golf can change day-to-day. You never know until you step foot on the first tee,” Thompson said about the status of her game. “You can never have it all perfected. Just got to continue to work on everything.”