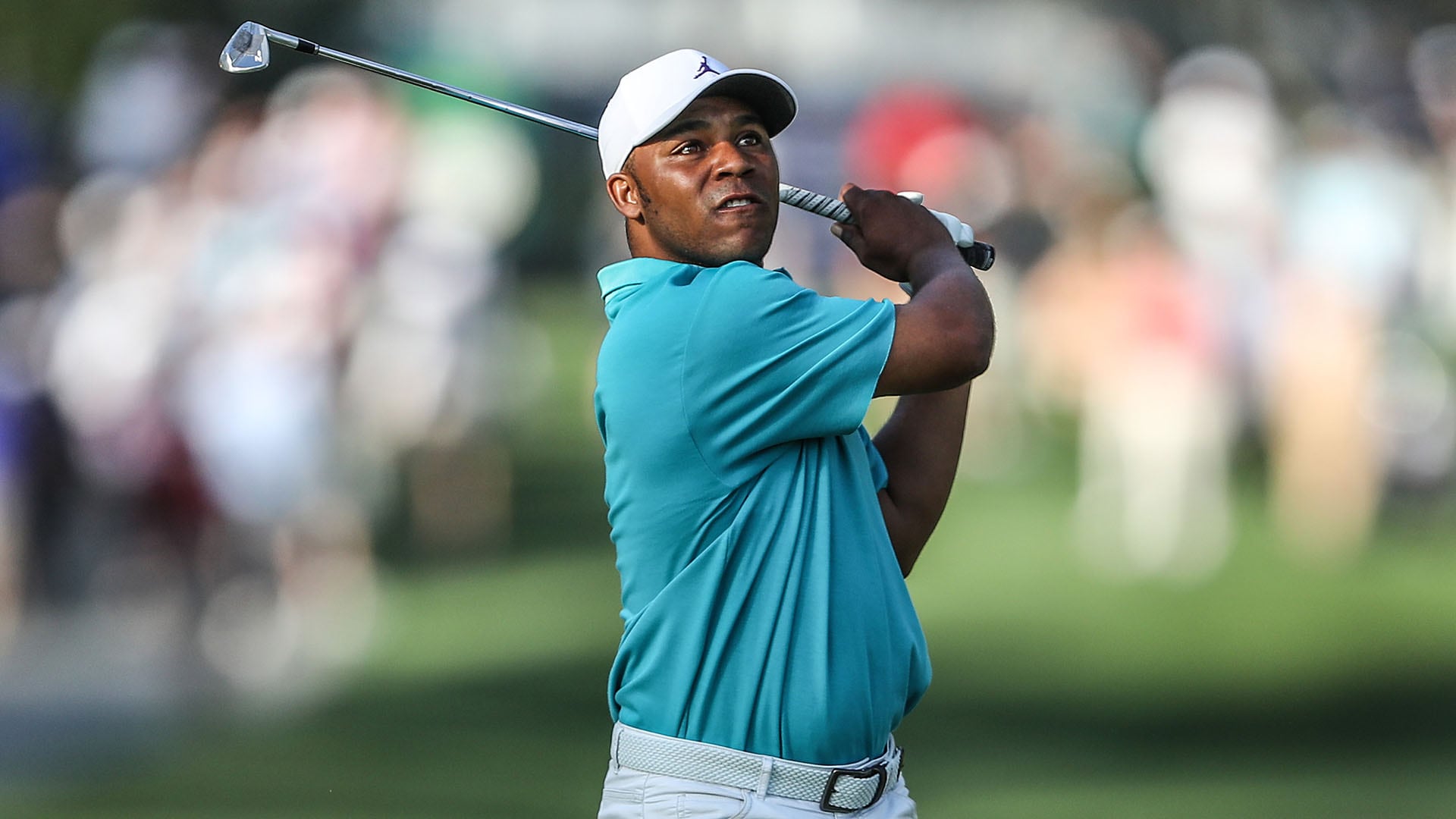 PONTE VEDRA BEACH, Fla. – Harold Varner III was assessed a two-shot penalty during the opening round of The Players after making an equipment change that was influenced in part by the actions of a walking official.

According to PGA Tour vice president of rules and competition Mark Russell, Varner “had a problem” with his driver on the range before starting play Thursday morning and did not want to put it in play. He wanted to have a new driver brought out to him during the round, which would have been allowed under the Rules of Golf since he planned to start the round with only 13 clubs.

But an issue arose because Varner wanted to put a new driver head on the shaft of his existing driver. Players are not allowed to assemble or adjust equipment on the course during competition.

“The clubs were interchangeable, so he took the head off and had the shaft,” Russell said. “He was going to put on the driver head, who he sent a representative to obtain and bring back.”

According to Russell, Varner had a discussion with officials on the 11th hole and he and his caddie left the club on the tee box for his team member to make the head change and bring back to him. But unaware of the situation, the walking official with Varner’s group noticed the club on the ground and brought it back to Varner on the course.

“Harold and the caddie were aware of this,” Russell said. “So when they brought the head out and assembled it out there, it broke Rule 4. Can’t do that. They don’t want clubs assembled and adjusted on the golf course, so that’s the reason for the rule.”

According to Rule 4-1b, a player cannot “build a club from parts carried by anyone for the player during the round.” The penalty changed Varner’s par on No. 11, his second hole of the day, to a double bogey 7. He went on to shoot a 2-over 74.

Russell explained that had the shaft been left on the tee, or had the new club been assembled in the locker room or parking lot and brought back out to Varner, there would have been no penalty.

“Harold was trying not to do anything wrong. It’s just a situation where the lady scorer, I don’t know what the situation was, if she thought she was doing something nice or something,” Russell said. “But when they were aware of that, there are very strict rules that you can’t basically alter the golf clubs, the components on the golf course during the round.”

Varner has two top-10 finishes this season, with his best result a T-6 finish at the Mayakoba Golf Classic. He missed the cut last week at Bay Hill.