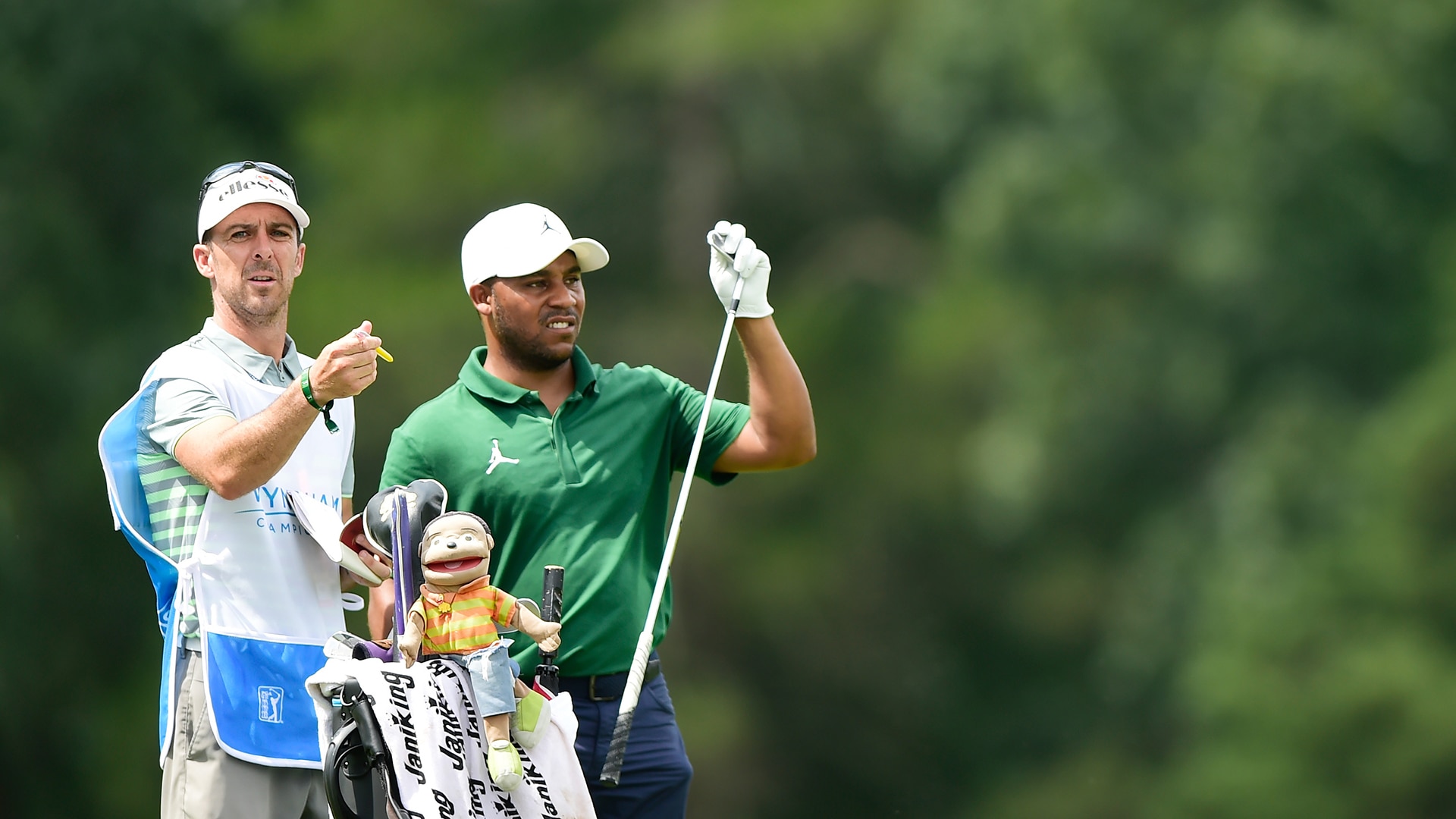 PONTE VEDRA BEACH, Fla. – The annual Players Championship Caddie Competition was won by Harold Varner III’s caddie Chris Rice with a record shot that stopped 1 feet, 2 inches from the hole at the iconic 17th at TPC Sawgrass on Wednesday.

Since the event was first played in 2000 to honor the late Bruce Edwards, the longtime caddie for Tom Watson who passed away in 2004 from ALS, Rice’s tee shot was the closest ever on the island green.

Rice won the “pot” donated by players along with VIP parking this week at The Player Championship. The amount raised for the winning caddie is matched by the Tour and donated to the Bruce Edwards Foundation.