English leads in Mexico, where he last won 6 years ago 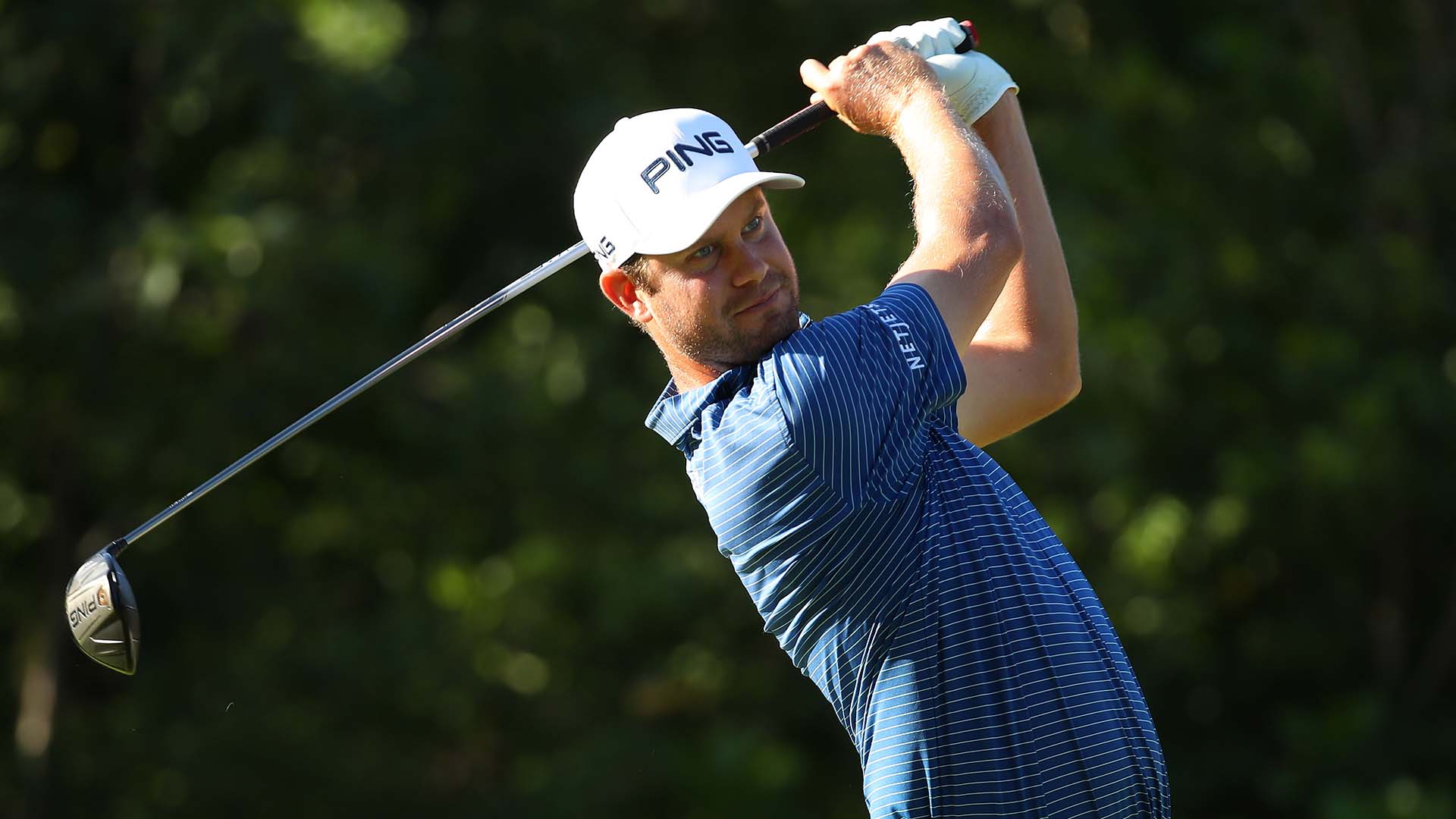 What it means: English went out in the third group off No. 1 Saturday and quickly rose to the top of the leaderboard, passing first-round leader Lee, who managed just a second-round, 1-under 70. No player was able to pull even or pass English, not even fellow Georgia product Todd, who shot 68 and is two shots back as he looks for his second straight win after prevailing in Bermuda two weeks ago.

Round of the day: It was a strong start and finish for English, who birdied four of his first six holes and then chipped in for birdie on the last to shoot 7-under 64, a round that was equaled by Robert Streb, who is 7 under overall.

Best of the rest: Mexico’s Carlos Ortiz rocketed up the leaderboard with a 6-under 65 as he joins younger brother, Alvaro, in the top 10. Alvaro, who played collegiately at Arkansas, is 9 under, a shot ahead of Carlos. Pat Perez, who won at Mayakoba in 2016, also fired a 65 to join the group at 9 under.

Biggest disappointment: Jason Day made four birdies yet somehow carded a 6-over 77 to drop to 5 over and miss the cut by a mile. Not good news for the International Presidents Cup team.

Main storyline entering Sunday: English entered the week with a Tour-leading three top-10s. Not bad for a player who began the fall with limited status after finishing the previous season No. 149 in FedExCup points. Now, English will take a one-shot lead into Sunday’s marathon day, which will feature threesomes off split tees for both rounds and no re-pair after the third round. He hasn’t won in six years, not since the 2013 edition of … the Mayakoba Classic.

Quote of the day: “Icing on the cake.” – English after chipping in to take the solo lead.