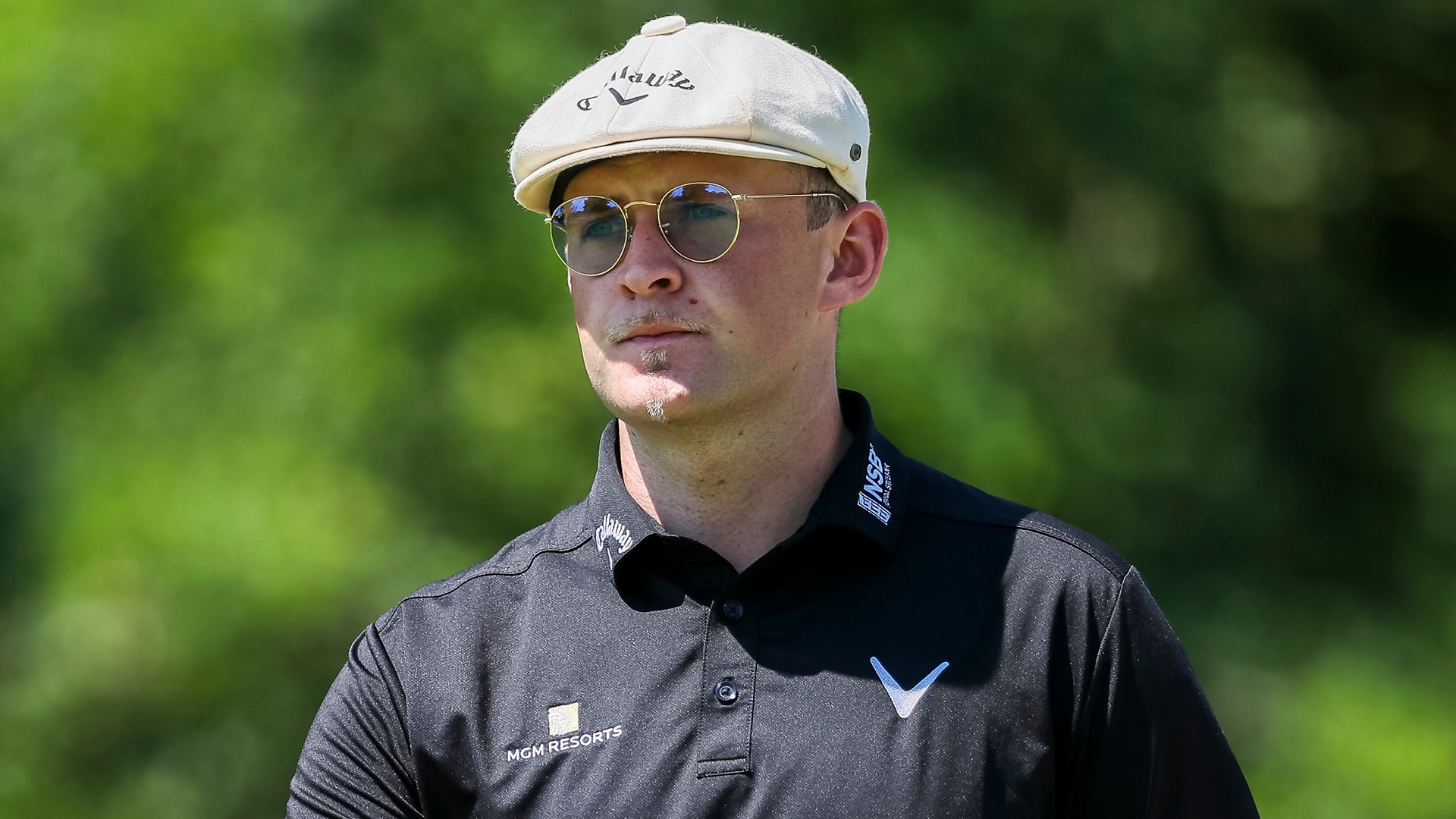 The 23-year-old Englishman had a sweet portrait of himself from a photo shoot in Louisiana he’d been wanting to post on Instagram, but his game wouldn’t cooperate. Surely Hall couldn’t share the image after a poor finish, or so he thought.

But then three days ago, realizing nothing was stopping him, he finally gave in.

“I’ve had this photo in my library for the while now,” he typed out. “I’ve been waiting for a good result on the golf course to post it, but that hasn’t happened. Then I realized that’s me falling into a trap of only posting positive/successful posts when life isn’t really like that. I have failures all the time but tend not to share them with others except those close in my team. I am where I am today because of how I deal with failures and fortunately for me, one week can change a lot of things in my world.”

It didn’t take long for that week to come. Just a week after his former UNLV teammate Garrick Higgo broke through for his first PGA Tour victory, Hall notched his maiden Korn Ferry Tour win. He shot 20 under to clip Curtis Thompson by a shot Sunday at the Wichita Open.

Hall bogeyed his penultimate hole Sunday to fall back into a tie with Ollie Schniederjans. But after Schniederjans double-bogeyed his final hole, Hall knew he had a one-shot advantage as he played the par-4 18th at Crestview Country Club. Last September at the Lincoln Land Championship, Hall coughed up a lead on the closing hole and ended up tying for second.

But this time, he didn't falter, making par and clinching the winner's trophy, which, in this case, was an airplane propeller. (Sounds like another cool social-media post.)

"It wasn't a boost of confidence, it was sort of like a let-go, you know," Hall said of the now-prophetic post. "... I was like, 'What am I waiting for?' Life isn’t all about the good times, and I thought people who followed me would want to know about everything I’m doing. So, I just posted it saying these ae my results, even though they weren’t very good, with a photo, and I actually got a lot of support."

Hall, who turned pro in 2019 but didn't get into a KFT event with his conditional status until after the pandemic restart last June, entered the week riding a lengthy cold spell. He’d wrapped up the first half of the KFT’s super season last summer with back-to-back top-10s, but his best finish in 14 worldwide starts this calendar year? Try T-41. Six of those starts results in missed cuts, including four of his past seven.

“Everyone's fighting for a card,” Hall said on Saturday. “You've just got to play your game, and it might happen.”

Until this week, Hall was perhaps better known for his style – lots of black and beige, a cardigan when it's chilly, Hogan cap and circle-rimmed sunglasses. (Imagine a cross between Bryson DeChambeau and John Lennon.) Now, Hall will rocket from No. 83 on the tour’s points list to No. 36, which essentially secures at least a place in the KFT Finals later this summer.

Asked what has motivated him since turning pro, Hall didn't hesitate.

"If I don’t finish well this year then I won’t be playing golf next year on this tour," he said, "so every shot counts at the end of the year and that’s what kept me motivated. I love this game and I want to play it the rest of my life." 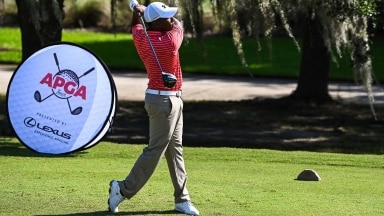 Hall, who lost his hearing at age 2, wins again

Kevin Hall, who lost his hearing at age 2, closed in 63 to win again on the Advocates Pro Golf Association Tour.