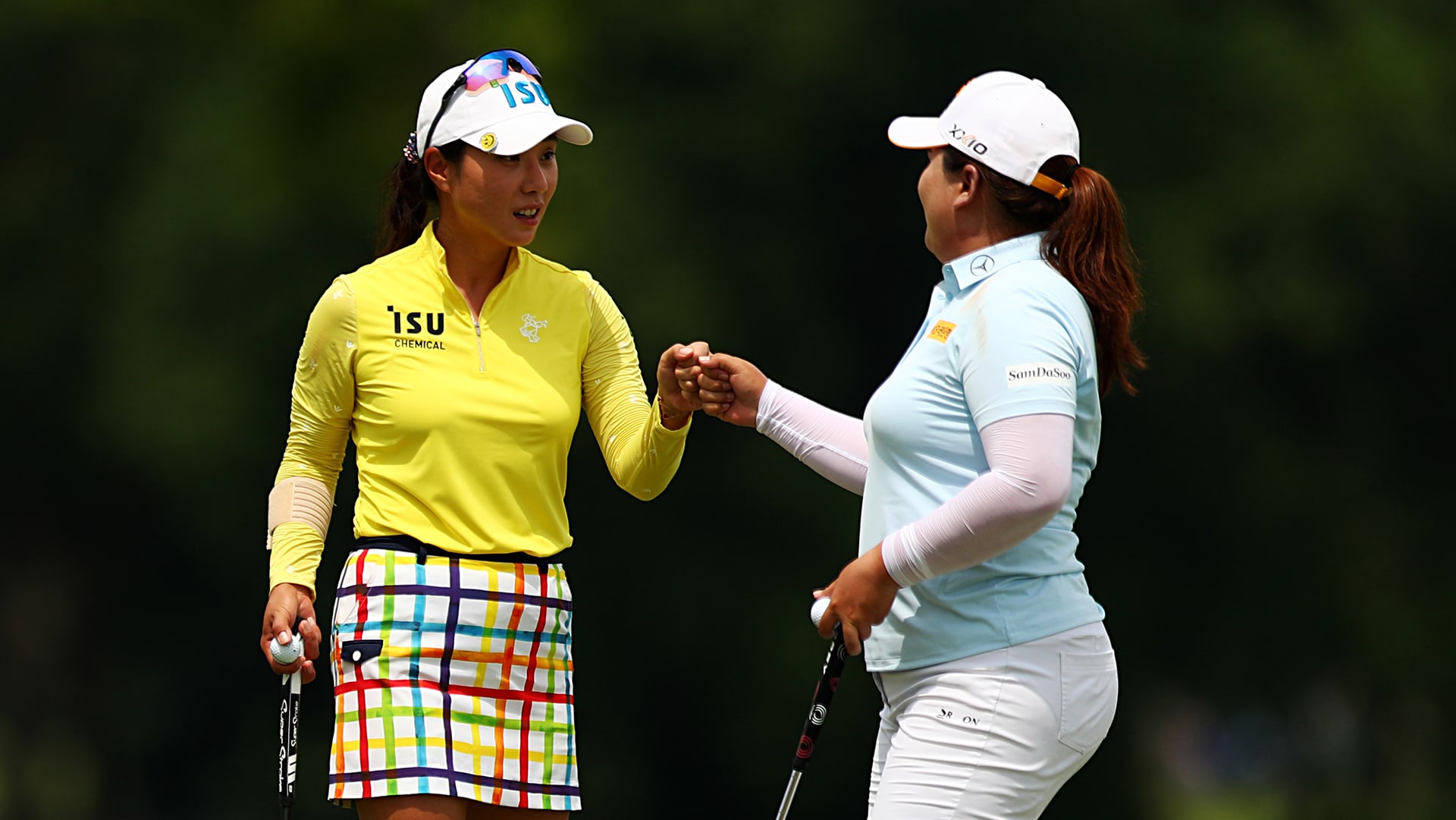 SINGAPORE — Hee Young Park birdied her final hole Friday to move into a tie for the lead with Inbee Park at the HSBC Women’s World Championship at Sentosa Golf Club.

Inbee Park said she felt relieved after a birdie on the seventh hole.

“It was a little betrayal of my putter today,” Inbee Park said. “Misread a few putts, but I still feel like I fought pretty well, especially the front nine."

Hee Young Park said she and Inbee have been friends since their early school days.

“We actually graduated in the same middle school back in Korea, so I've known her really long time, probably almost 20 years now," Hee Young Park said. “A lot of personal talk a little bit out there. It makes little fun to play golf.”

Another South Korean player, Hyo Joo Kim, was two strokes behind in a tie for third with Lin Xiyu of China. Lin birdied her last hole to also finish with a 68.

Former Women’s PGA champion Hannah Green shot 66 — tied for the low round of the day — and now has 14 consecutive rounds under par. The Australian, who shot 71 on Thursday, was one of only three players who shot in the 60s all four rounds in Los Angeles last week.

“Ï think I managed to hit more fairways ... and a lot of greens today which is nice, but I gave myself a lot more opportunities and was able to capitalize on them,” Green said. “Rolled the putter really well."

Green is in a group tied for seventh, four strokes behind. That group includes Lydia Ko (68) and Women's British Open champion Sophia Popov (70).

ANA Inspiration winner Patty Tavatanakit shot her second consecutive 70 and was seven behind. The 21-year-old Thai, who played college golf at UCLA, won the first major championship of the year in her rookie season on tour.

There is limited spectator access to the course because of the pandemic. Singapore has had only 30 deaths attributed to COVID-19 and most of the current virus cases are those who have arrived from overseas and are in quarantine.