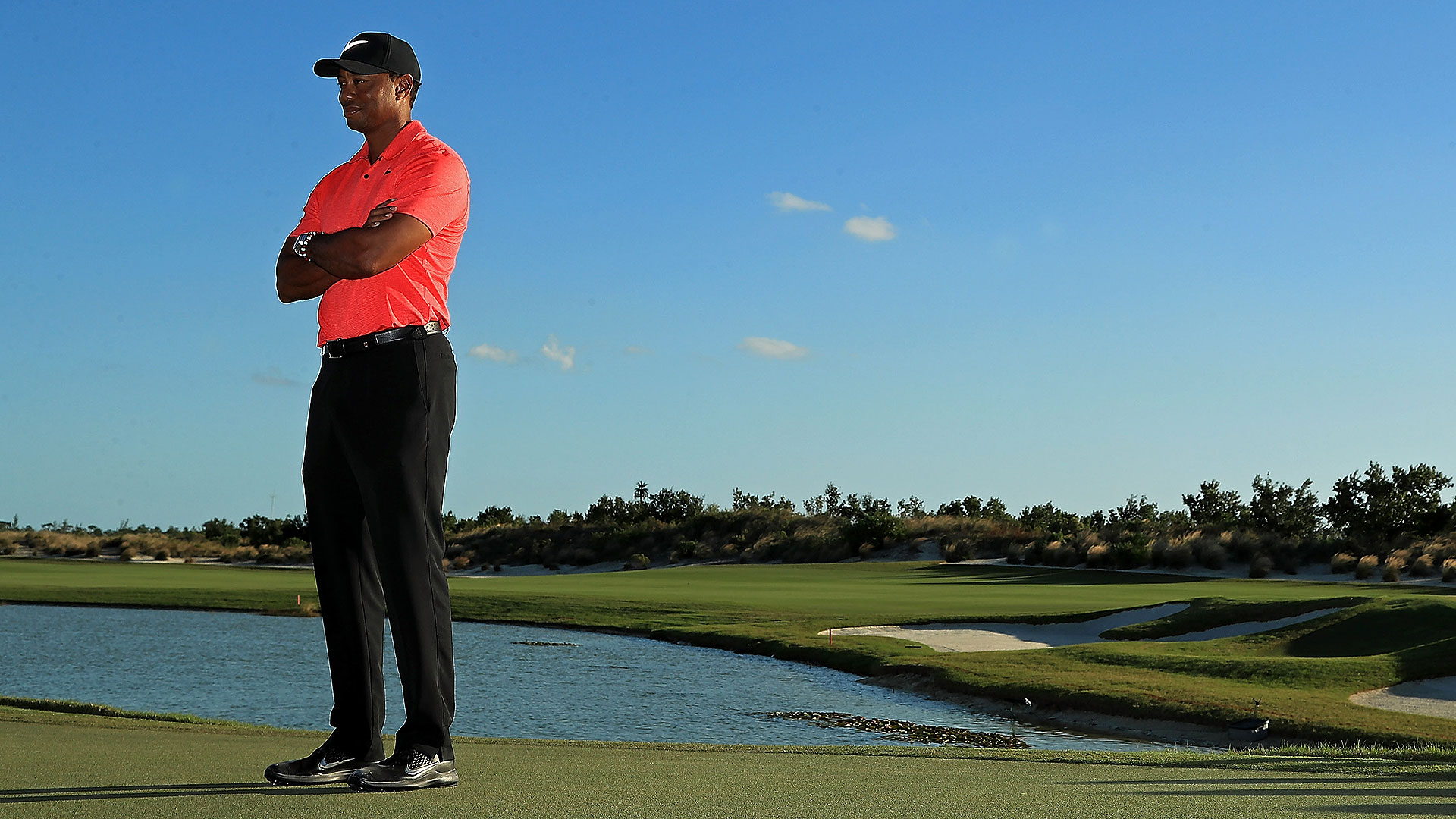 NASSAU, Bahamas – Decked out in his signature red and black and replete with a confidence that transcended his spot on the leaderboard, Tiger Woods offered a wry smile as he made his way to Sunday’s award ceremony at the Hero World Challenge.

He’s wasn’t a winner, but he was far from a ceremonial golfer, which was the fear held by some following his fourth back procedure in April.

When scorecards are reviewed years from now it will be that opening-nine 40 on Saturday that derailed any chance for the Cinderella story that will stand out, but it wasn’t that windswept effort on Day 3, or even his spirtied finish on Sunday, that provided the final snapshot of Woods’ first start in 301 days.

His tie for ninth place at Albany, a full 10 shots behind champion Rickie Fowler, tells only a fraction of the tale. For four days, Woods drove the ball as well as he has in a decade, putted better than his final statistics might suggest and largely controlled his golf ball with the notable exception of his opening loop on Saturday.

“This is the way I've been playing at home and when I came out here and played, I was playing very similar to this. Not quite hitting it as far, but I had the adrenaline going and overall I'm very pleased,” Woods said following a final-round 68.

It was well documented that Woods’ short game wasn’t exactly in midseason form, but then the rust from 10 months of competitive inactivity would always manifest itself within the blades of Albany’s grainy Bermuda grass collection areas. He also didn’t appear entirely comfortable playing shots into right-to-left gusts, but that’s nothing a few more trips around a tournament course can’t cure.

No, what mattered on Sunday was the same thing that was crucial on Monday when he set out on his 10th professional comeback following a break of 10 weeks or more – the long-term prognosis.

The response, however anecdotal, came early on Sunday as Woods bounded off the first tee to catch up with playing partner Justin Thomas. It wasn’t that long ago when prolonged periods of sitting were unheard of because of the discomfort and pain it caused. That he’s now able to throttle a 3-iron with the force of a man half his age was the essence of his Bahamas experiment.

Last year when he finished 15th at the Hero World Challenge there was a general air of optimism after a similar injury-induced layoff, but that comeback lasted just three more competitive rounds before he went back on the disabled list. This iteration feels different, for an assortment of reasons, but mostly because of that favorable bill of health.

Woods played nine consecutive days before teeing off for Thursday’s opening frame, a self-imposed endurance test to prove to himself he was ready.

His surgeon had given him the green light to begin golf activities, his trainer had provided additional moral and physical support, but he needed to see for himself if his body, broken and battered for so long, could answer the call.

“I'm excited the way this week has gone,” said Woods, whose relaxed demeanor matched his dramatically improved quality of life. “I’m excited with not only the competitive rounds but also all the functions at night. I still got my training in. It was a very good week.”

There was no false hope, no bravado, no excuses, just an honest assessment of his game, a game that had more unknowns before this week’s member-member than the College Football Playoff selection process.

From an objectively competitive point of view, the current generation of stars who have largely never played against Woods at his best have no interest in slowing down – Fowler did, after all, birdie eight of his first nine holes on Sunday on his way to victory – but there’s no shelf life on talent and anyone who doesn’t believe in Woods’ desire wasn’t paying attention.

The answers Woods needed couldn’t be found in an MRI machine or back at home in South Florida playing “friendlies” at Medalist. Those truths could only be discovered on the physical scorecard that 72 holes of tournament golf can provide.

“No doubt about it,” Patrick Reed said when asked if the happy host could win in 2018. “Just hopefully he’s not winning any of the events I’m playing because I plan on beating him every week. It’s awesome to see him back playing well. What I saw on Monday when we played a practice round was effortless power.”

Woods largely stayed on message throughout the week, making numerous references to “coming out on the good side” of what has been a trying year that began with his withdrawal from the Dubai Desert Classic after just one round in February which led to the surgeon’s table and eventually a messy arrest for DUI on Memorial Day.

We may never truly know the physical and mental toll 2017 had on the 14-time major champion, but if the smile etched into Woods’ face as he presented the champion’s hardware to Fowler was any indication, there was no better tonic than what was, by all accounts, a successful rehab start.

It will be seven weeks before Woods’ next presumed start at the Farmers Insurance Open in January. Time to reflect, time to refine and, most importantly, time to reassess what’s possible with a clean bill of health.