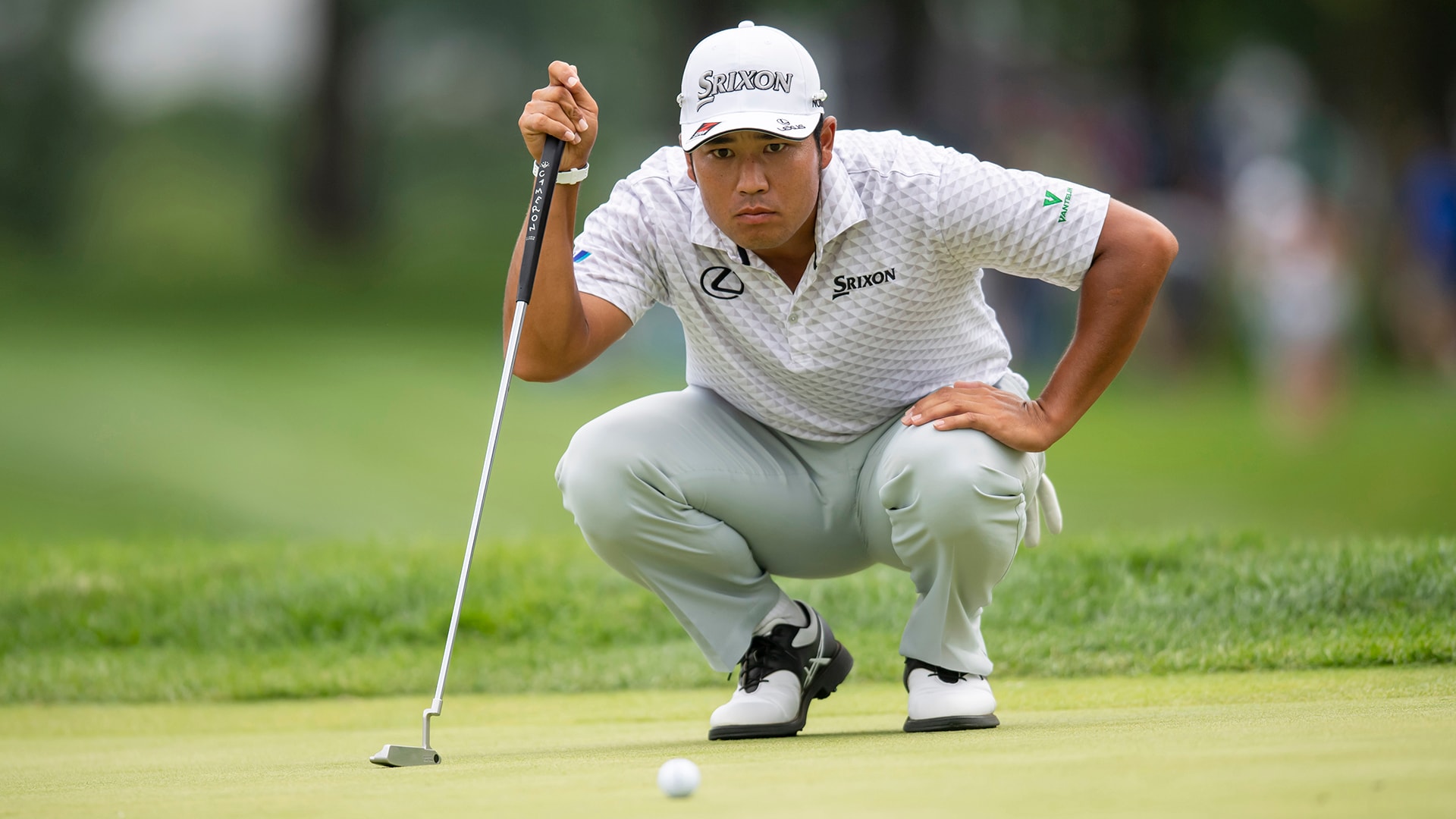 MEDINAH, Ill. – The services of Hideki Matsuyama’s trusty manager and translator, Bob Turner, were not required when Matsuyama was asked if Friday’s effort at the BMW Championship was his best round of the season.

“Yes,” Matsuyama said with a grin.

It’s hard to think of many recent rounds that might compare with his 9-under 63 at Medinah Country Club, a score that gave him the lead in the season’s penultimate event and broke the existing course record by two shots.

It’s not a surprising effort given the heights Matsuyama has reached earlier in his career, a run that includes two WGC titles among five PGA Tour wins. But the Japanese phenom has not won in more than two years dating back to a sizzling final round at Firestone in 2017, and he has fallen from third in the world rankings to 32nd in the process.

“My season so far has been not bad,” Matsuyama said via a translator. “Better than last year, but nothing that I’m satisfied with.”

Matsuyama has been solid in 2019, entering this week at 33rd in points and on the cusp of a trip to the Tour Championship. But chances to win have been few and far between, with his last top-5 finish coming at Torrey Pines in January when he tied for third.

The biggest issue for Matsuyama, as it has often been in the past, has been on the greens. He ranks inside the top 25 on Tour in every major strokes gained category, save for one – strokes gained: putting, where he’s 114th.

The putter swung to the other end of the spectrum Friday outside Chicago, where Matsuyama made more than 165 feet worth of putts while picking up more than five shots on the field on the greens. That included birdie putts of 23 and 30 feet on his final two holes to secure sole possession of the new course record.

“I wish I knew why I putted so well today,” Matsuyama said. “But I was happy that a lot of them went in. As they went in, you start gaining more confidence and as your confidence builds, more putts go in, too.”

Despite facing a burly layout that has hosted two majors in the last 20 years, Matsuyama has not made a single bogey through 36 holes. He’s hoping to extend his suddenly red-hot form on the greens as he looks to not only qualify for East Lake, but get his hands around another trophy.

“I’m really happy with my position. It’s been a long time since I’ve been in contention,” Matsuyama said. “I’ve been struggling for a while this year. Hopefully that can turn around and I’ll have a good weekend.”