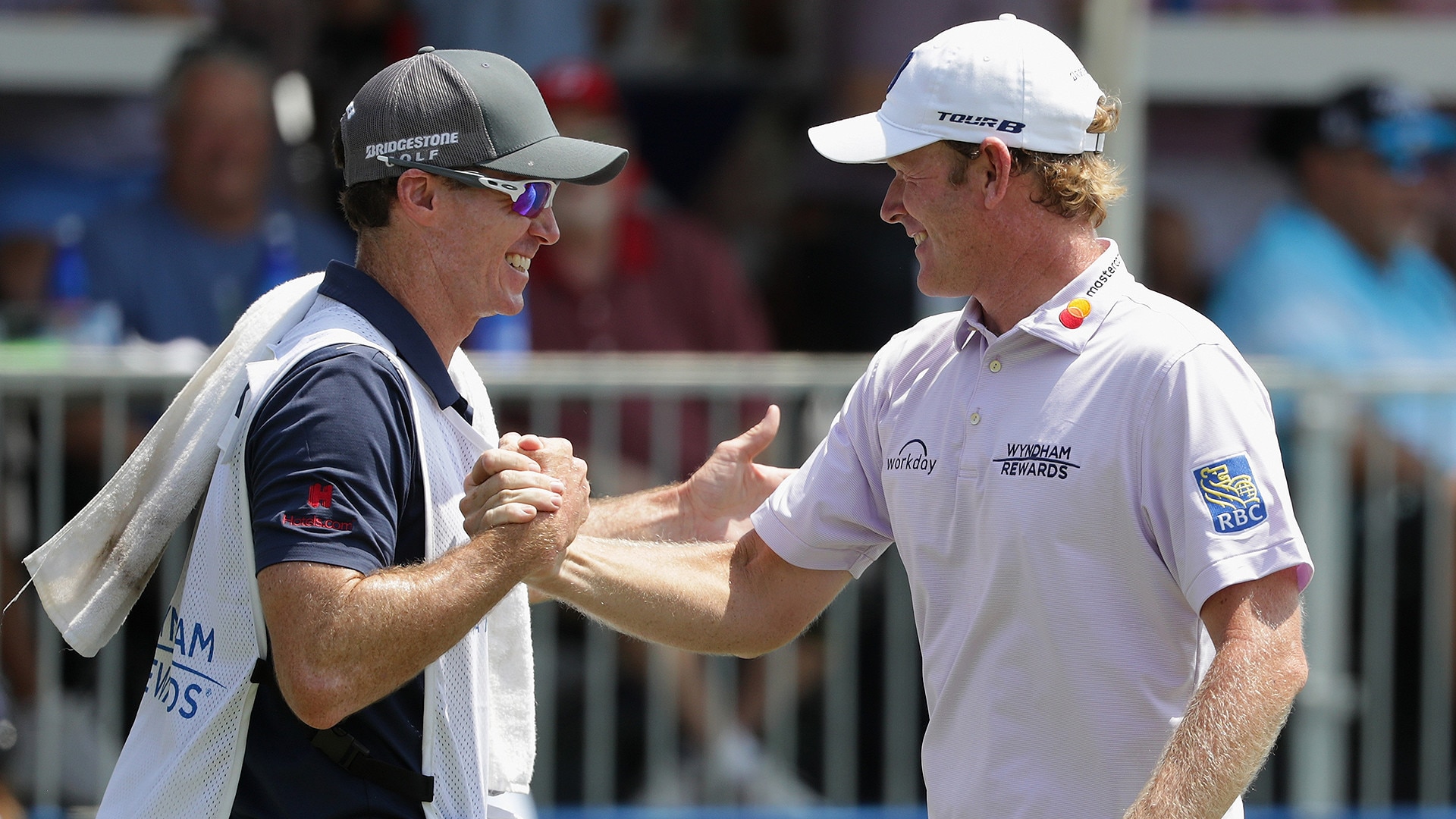 Brandt Snedeker's first round at the Wyndham Championship began with a bogey and ended with a birdie for an 11-under 59.

Snedeker made four consecutive birdies on his opening nine holes and then raced home in 27 strokes to become the ninth different player in PGA Tour history to break the 60 barrier.

A very good round turned historic beginning when he holed a 7-iron from 176 yards, on the fly, for an eagle-2 at the par-4 sixth. Playing his 15th hole of the day, Snedeker vaulted to 9 under par for the tournament.

With Sedgefield being a par 70, Snedeker needed two birdies over his final three holes to shoot 59 and he got one of them at the par-3 seventh, where he hit his tee shot on the 224-yard hole to 2 feet.

Snedeker actually had 58 in his crosshairs, but missed an 6-foot slider for birdie at the par-4 eighth.

With this miss, @BrandtSnedeker needs to birdie his final hole to shoot 59.

Still, 59 was on the table and he needed this 20-foot putt to shoot it.

At 11 under par, Snedeker led the tournament by five strokes.