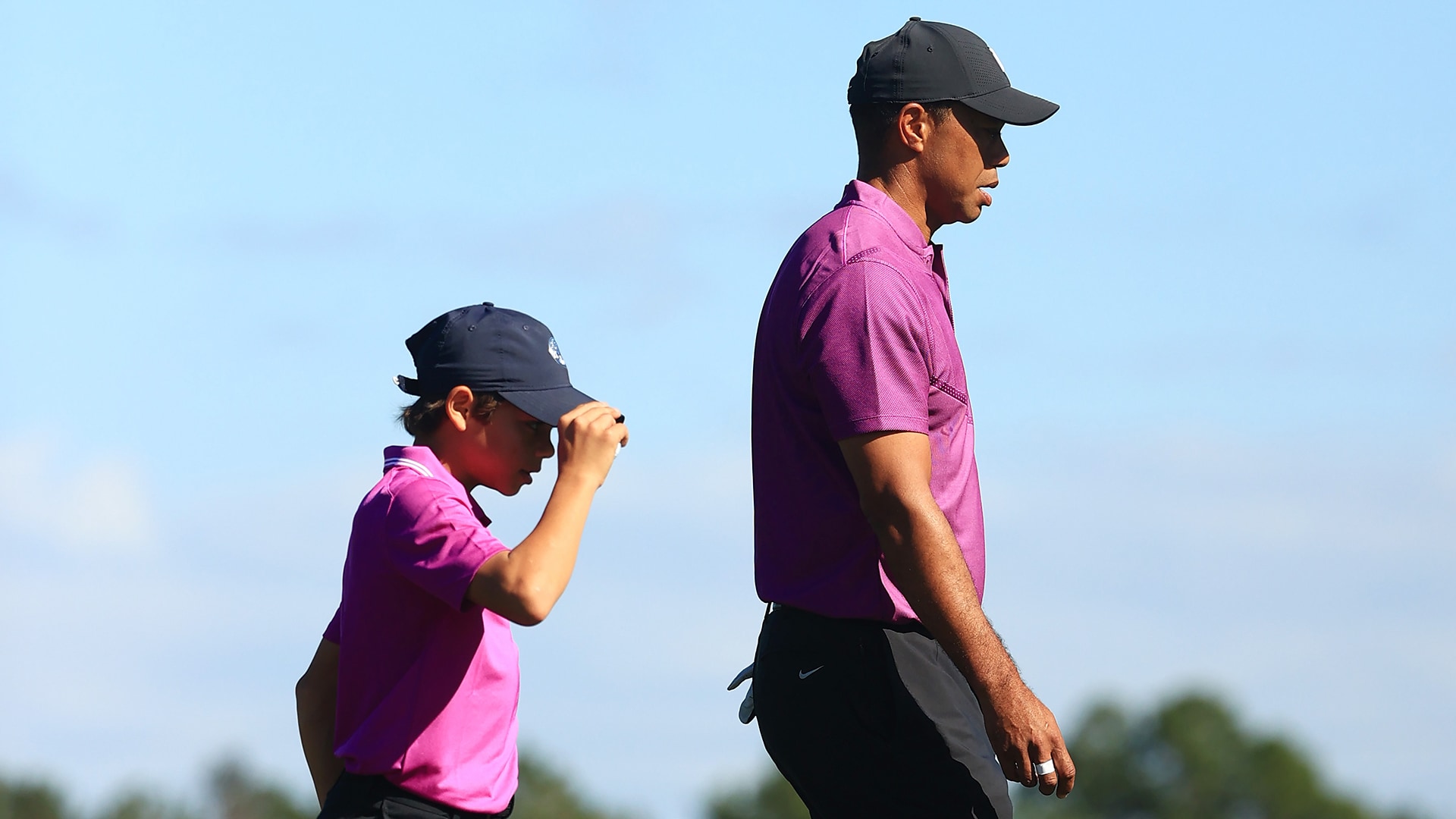 Tiger Woods and son Charlie provided plenty of highlights during a 10-under 62 Saturday at the PNC Championship, none greater than Charlie's eagle.

Despite the event's scramble format, the 11-year-old Woods eagled the par-5 third hole on his own. Team Woods chose to play Charlie's drive, leaving them about 175 yards into the hole. Charlie then hit fairway wood to 4 feet and made the putt.

What a shot, right?! Dad's reaction may have been even better, though.

"He didn't know if he could get there, and he said, 'All I have to do is turn it,' and I said, 'Absolutely, go ahead and hit it,'" Tiger said after the round.

Team Woods started 7 under through seven holes in Saturday's opening round before turning in 8 under. The front nine also include a long birdie make by Tiger at the par-4 sixth hole and a walk-it-in birdie by Charlie at the par-4 ninth.

While the father-son duo cooled off a bit on the back side, making just three birdies, there were still some notable moments. For one, there was Charlie doing a bit of trash-talking to Justin Thomas. There also was this approach shot by Charlie at the par-4 16th, which set up a bogey-rebounding birdie.

"Perfect 6-iron," Tiger said. "He made such a beautiful swing and almost holed it."

Finally, the Woodses capped their opening 62, which has them four shots behind leading Team Kuchar, with an easy birdie at the par-5 finishing hole, ending a day in which the pair played all but three of Charlie's drives on non-par-3s.

"First and foremost, I'm Dad," Tiger said. "But there is that competitive spirit that Charlie and I both share, and we want to win, but also being competitive and being with each other and leaning on one another, it was an absolute blast."