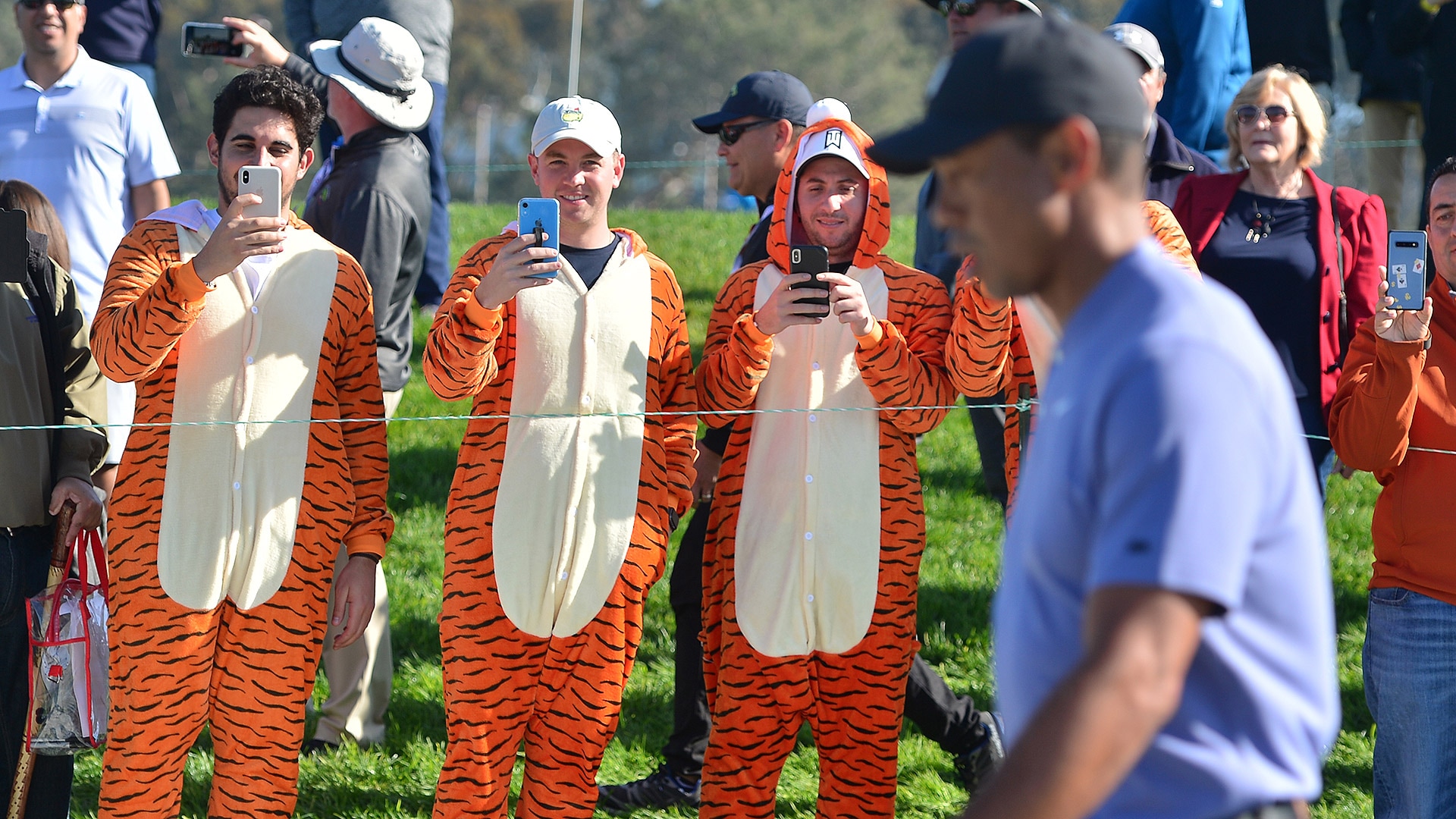 Tiger Woods is back on familiar and successful stoping grounds to begin his season at the Farmers Insurance Open at Torrey Pines, where he's won eight times including the 2008 U.S. Open. Here's a look at some highlights around the North Course where Woods begins his chase for win No. 83.

Paired with Collin Morikawa and Jon Rahm, the trio went off on No. 10 Thursday morning. Woods had a look for birdie at the opener, but settled for a par before dropping a shot at the par-4 11th. He bounced back two holes later on the par-4 13th with his first birdie of the day.

Woods followed that up with three straight pars before getting back to red numbers with a birdie on the par-5 17th thanks to a delicate pitch from just off the green that released to knock-in range.

A misplaced pitch on No. 18 rolled back down a mound on the green which led to another bogey to close out an opening-nine, even-par 36. But as Woods does so often, he rebounded quickly with his third birdie of the day at the first to get back to 1 under on the day.

Another string of three straight pars for Woods following the birdie at No. 1 before getting aggressive at the par-5 fifth. Woods had a fairly straightforward look for eagle after finding the green in two, but he missed it on the amateur side, leaving him another tap in birdie to get to 2 under through 14.

To keep the trend going, Woods made three straight pars on Nos. 6-8. He drained a four-footer on the par-5 ninth for his fifth birdie of the day to go along with two bogeys for an opening-round, 3-under 69.