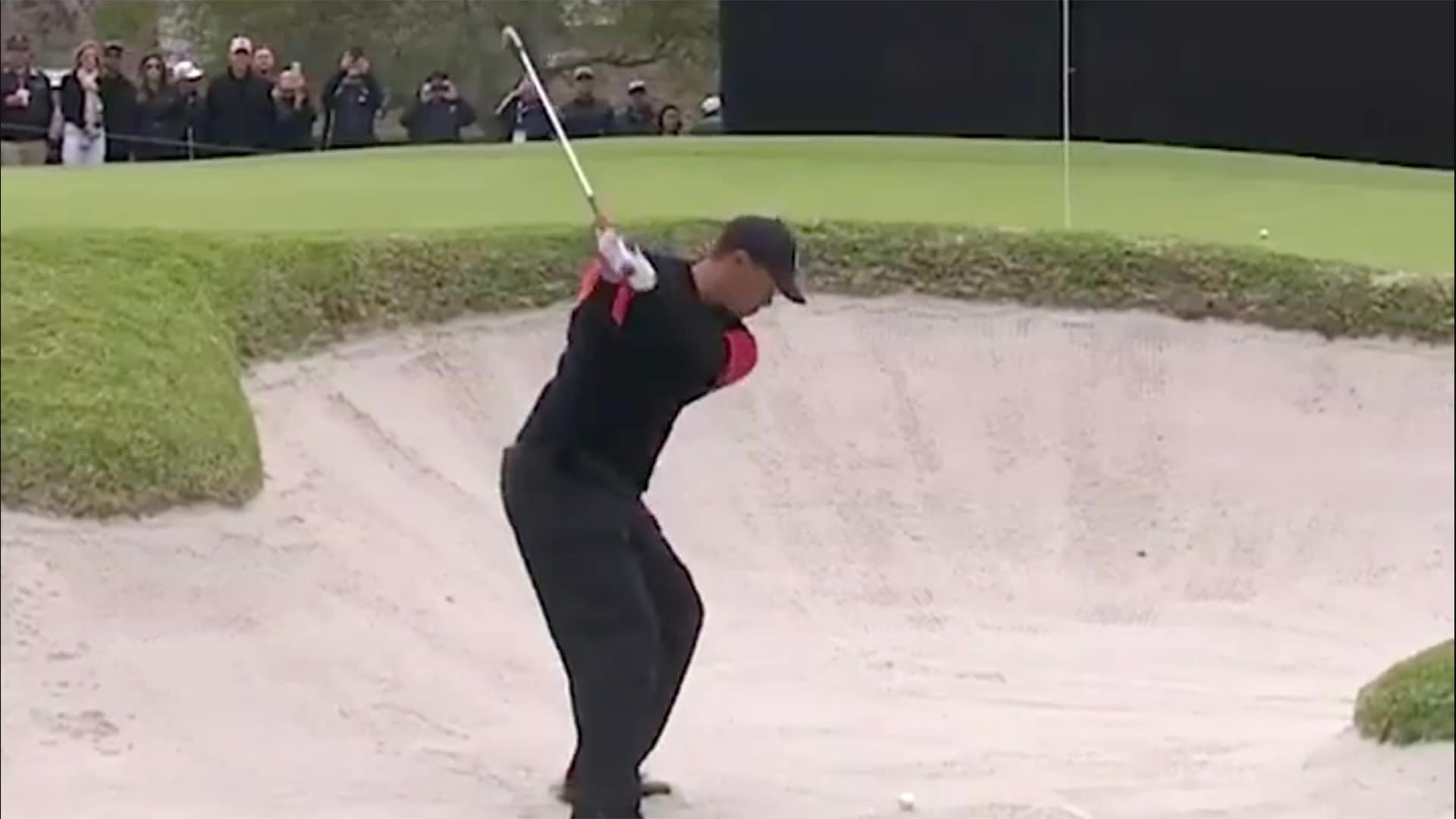 Maybe Tiger Woods should think about starting every day with a 2 a.m. wakeup call.

This week's tournament host finished off a round of 6-under 65 Sunday morning, and went right back out for his final round.

Starting on Riviera's second nine, he made birdie at No. 11 and avoided giving it right back when he got up and down for par at No. 12, where he hooked a chip around a tree.

Two holes later, at the 181-yard, par-3 14th, he threw a dart to inside 6 feet and converted the putt for his second circle of the round.

He missed the green two holes later at the par-3 16th, but holed out from the greenside bunker to reach 10 under for the week.

Unfortunately, he couldn't keep the card clean, bogeying the 18th after flaring his drive to the right to make the turn in 2-under 34.